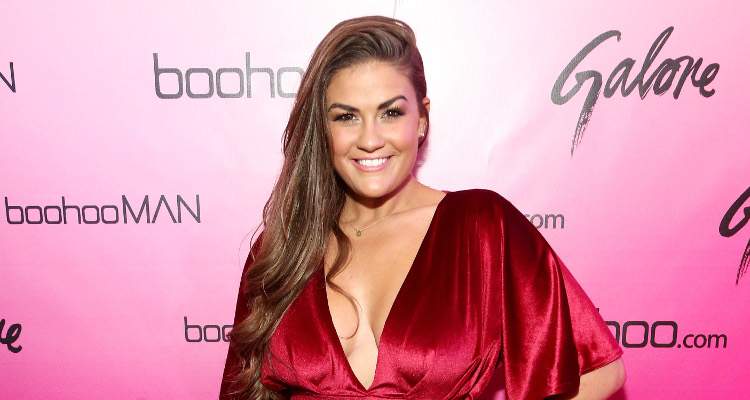 After the news about Brittany Cartwright dating Vanderpump Rules star Jax Taylor broke, quite a few hearts were broken. Brittany and Jax have been a couple for quite some time now, and we should all agree that they look super cute and very happy together. Get the scoop about Jax Taylor’s girlfriend in our Brittany Cartwright wiki right here.

Jax Taylor is one lucky man! While women gush over this handsome hunk, he seems to be busy with his girlfriend, Brittany Cartwright. She has been dating the Vanderpump Rules star for some time now, and the two seem to be in completely in sync with each other. Keep reading to know more about this lovely lady.

Born on January 25, 1989, in Richmond, Kentucky, to Don and Sherri Cartwright, Brittany Cartwright’s age is 28. She has a younger brother named Blake Cartwright.

She reportedly attended Eastern Kentucky University and studied nursing, but did not complete her studies there. She was also a cheerleader and went on to become a model, as well as a waitress at Hooters.

Head over to Brittany Cartwright’s Instagram account to see how wonderful the pair look together. They both seem very happy and in love with each other.

There are more pictures of the couple during get-togethers and parties, and it’s quite obvious that Cartwright loves animals, too!

Being a model, Cartwright is an Internet sensation and has over of 600,000 followers on Instagram alone.

In May 2015, Brittany Cartwright met Jax Taylor from Vanderpump Rules, and they began dating. The pair have been inseparable since, and Cartwright even met Taylor’s parents.

Now, that’s what we call a step towards longevity in a relationship!

Cartwright looks after her man and even makes him ≈meals served with some tender love and care. And Taylor totally loves it!

The duo had their own spin-off reality show, Vanderpump Rules: Jax and Brittany Take Kentucky in 2017.