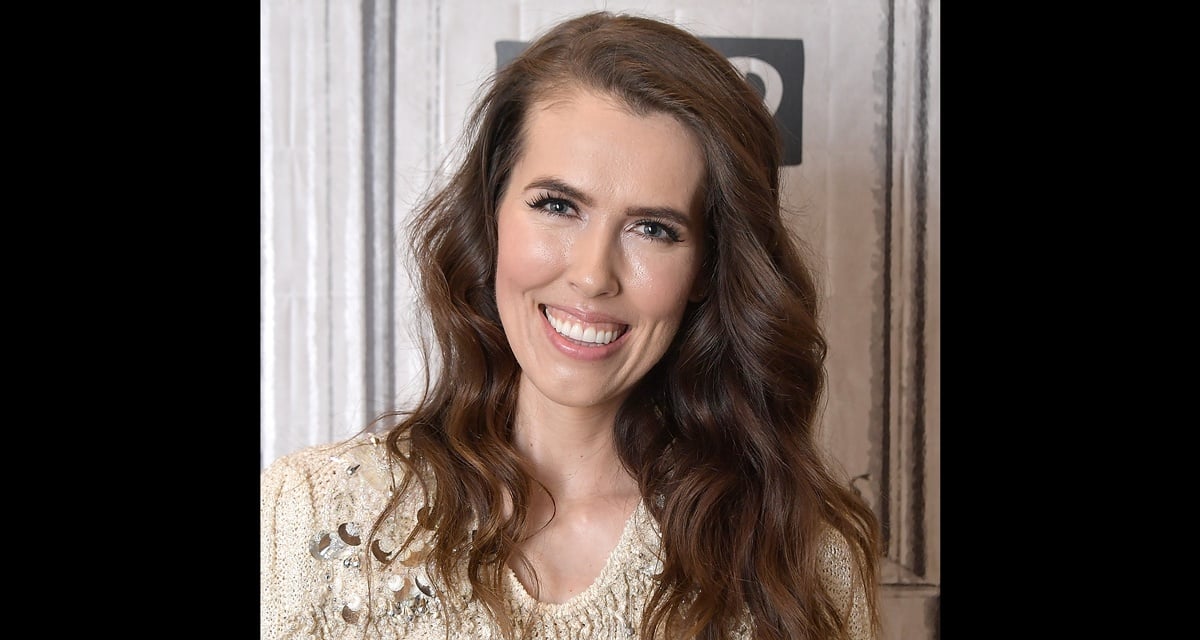 Actress, YouTube star, comedian, mom, and now author Brittani Louise Taylor documents her difficult relationship and how she got out of it in her new book, A Sucky Love Story: Overcoming Unhappily Ever After. She’s been vlogging since 2009, and is one of the most subscribed female YouTubers on the platform. If you’ve followed Brittani for a while, you’d know that her personal life in recent years has been rough. Our Brittani Louise Taylor wiki has all you need to know on this troubled Internet star.

Who Is Brittani Louise Taylor?

Brittani Taylor, born on August 24, 1983, is 35 years old. She was born in Minnesota and raised in Arizona with her older brother, Blake, by her parents, Robert and Barbara Taylor.

She graduated from Sedona Red Rock High School, where she dreamed of stardom. While she’s not exactly a household name, she did become successful as a YouTube celeb.

Her humorous vlogs have earned her over 1.2 million subscribers, making her YouTube channel one of the most subscribed channels by a woman. But it was her collaborations with Shane Dawson that catapulted her to fame.

When she was in school in Arizona, Taylor caught the acting bug and participated in school productions. She got an arts scholarship to Arizona State University and studied marketing and business, which would later aid her YouTube career.

But she wanted to be a professional actress and dropped out of college to move to Hollywood at 18. She had a slew of minor roles in small TV shows, independent movies, and studio films.

When she felt her acting career was going nowhere, she turned to YouTube. Taylor began vlogging under the made-up persona of Rhonda Anthony Tanner.

She filmed an email breakup video with Shane Dawson that went viral and made their popularity skyrocket. Now famous, she began vlogging under her real name.

Taylor doesn’t have much of a dating history and in her new book, she writes that she was a virgin until she met the father of her son. She tried online dating and that’s how she met Milos Mihajlovic.

A post shared by Brittani Taylor (@brittanilouisetaylorpics) on Jul 4, 2018 at 7:14pm PDT

As she narrates in her book, Mihajlovic introduced himself as a doctor from Serbia. He supposedly grew up in a war-torn country and had family working in top military positions in Serbia.

Taylor initially wasn’t charmed by Mihajlovic, but with his persistence, they began dating. She kept their relationship a secret from her fans in the beginning, but would go public on Snapchat some time later. Mihajlovic would also make appearances in her YouTube videos.

She admits there were lot of red flags with him that she ignored. When she wanted to put some distance between them, she found out she was pregnant.

She and Mihajlovic got engaged in 2016 and soon after, their son Misha was born. Taylor would dish about her engagement, pregnancy, and son, among other great news in her life, in YouTube videos.

However, she would take noticeable hiatuses from vlogging. She also wouldn’t reveal until later that her relationship with Milos had gone downhill in an explosive manner.

She Was in an Abusive Relationship

Taylor describes in harrowing detail the breakdown of her relationship with Mihajlovic in her book. Not long into their relationship, they had moved in together and she was paying for his lifestyle so he didn’t have to leave the country.

She writes that she and Mihajlovic would have episodes where he’d lose his temper and they’d have fights, but things cooled down for a while when she was pregnant. But after her son was born, she shares, things turned grim. His mother moving from Serbia to their home apparently made things worse.

Taylor would uncover his lies over the course of time. She had suspicions he was not a doctor who studied in Belgrade. There didn’t seem to be any proof that he had attended med school or was working on getting a residency in San Diego.

Taylor notes he even faked having cancer while she paid for his apparent cancer treatment. The properties his family seemingly owned and wanted Taylor’s friend to sell were never owned by him.

Taylor would go on to discover that Mihajlovic was married to a rich and beautiful older woman in Serbia while he was dating her. His wife was in the process of divorcing him. Another woman named Bunny, whom Milos also had an affair with and scammed out of money, helped Taylor build her case against him.

She also had suspicions that Mihajlovic was secretly trying to secure a passport for Misha and get him Serbian citizenship. So, with the help of her lawyer, she made sure authorities were alerted if there were any attempts to take Misha out of the country.

Taylor’s father had passed away from cancer a few years into her YouTube career. But her mother supported her throughout the ordeal.

She Got a Restraining Order against Him

Taylor and Misha got away from Mihajlovic and filed a lawsuit against him. She requested sole custody  of Misha and a restraining order against Mihajlovic.

Taylor often traveled from Arizona to the San Diego court for the hearings. While her legal battle was going on in 2017, she wouldn’t post videos for extended periods of time.

Mihajlovic, for his part, had enlisted in the army during the trial. Taylor believes his lawyer was attempting to prolong the trial beyond his training period so it would end in a mistrial. However, the judge wasn’t having any of it. Taylor was granted a restraining order against him. Per the order, Mihajlovic is not allowed to carry a firearm, derailing his army career.

As her relationship with Mihajlovic deteriorated, Taylor stopped calling her son Misha, the name Mihajlovic picked. She had his name legally changed to Rex and is seen addressing him as such in her latest videos.

With the rough phase behind her, Taylor decided to put an end to all the rumors and gossip about her long periods of absence from YouTube. She turned her survival story into a book, A Sucky Love Story: Overcoming Unhappily Ever After, which debuted on December 4.