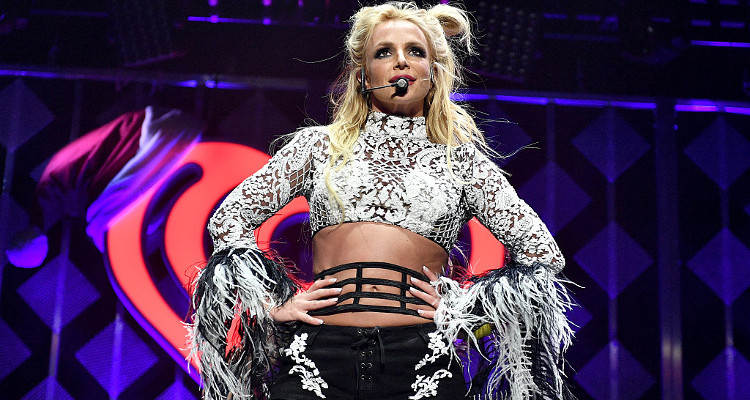 Britney Spears is just like the rest of us while listening to music in the car. The 35-year-old recently shared a small clip on her Instagram, grooving out to Snoop Dogg while taking the “pouty lip” look to the next level. Take a look at Britney Spears’  Instagram video to get an idea of what we mean!

Britney Spears recently posted a clip of herself head bobbing her head to Snoop Dogg ft. Dr. Dre’s “G Thang,” while in the car. The “…Baby One More Time” singer had her hair in a messy bun and matched her dark, bold eyeliner with a choker.

It was that kinda day 🌹

Currently, it looks like Katy Perry and Britney Spears are in the middle of some kind of feud. Britney threw shade at Katy Perry, after the “Roar” singer’s comments at the 59th Grammy Awards. What happened? When Ryan Seacrest asked Perry about taking a gap between albums in order to focus on her health, Katy Perry took yet another dig at Britney Spears’ 2007 breakdown saying, “Fantastic! And I haven’t shaved my head yet.” This is not the first time Katy Perry has referenced Britney Spears’ head shaving incident, and the Britney Army was not having it.

In response, Britney Spears took to Twitter and shared the Bible verse, “Her mouth speaks from that which fills her heart… Luke 6:45.” There is no doubt that this subtle shade was thrown in Katy Perry’s direction.