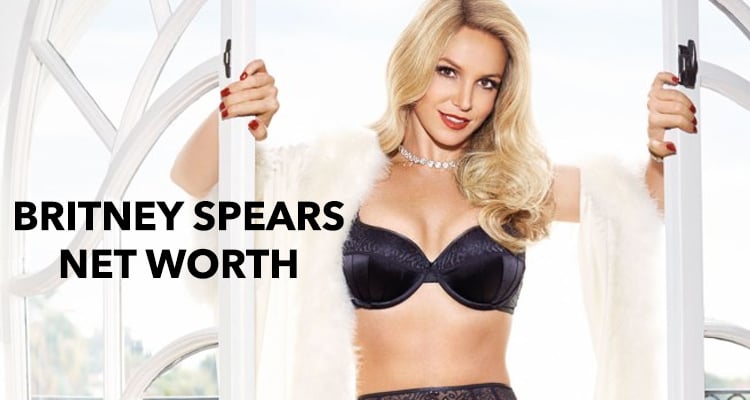 Britney Spears’ new album, Glory, was released today (August 26) and fans of the pop goddess are excited for her new songs and her MTV Video Music Awards performance! Since 1998 she’s been topping the charts, so many are wondering how rich is Britney Spears? With nine albums under her belt, Britney Spears’ net worth is over $63 million!

The pop celeb’s net worth stands at $63 million, so with her lifetime earnings at $670 million, where did it all go? According to the court documents, Spears pays a lot in taxes, and her father holds $63 million in conservatorship for their estate. He gained control over her personal, professional, and medical matters after Spears hit rock bottom during personal struggles midway through her career.Otherwise, her net worth would be $267 million. Perhaps money management was another cause for her drastic losses – if she invested and saved her earnings from her various sources of income instead of spending, she might still have most of it.

Britney Jean Spears, born December 2, 1981 began her career as a child star in The All-New Mickey Mouse Club, when she was only 11 years old! Her talent led her to become a successful pop singer and performer after her release of her hit single “…Baby One More Time” in 1998. Six of her first seven records hit No.1!

Spears went through a series of personal challenges throughout her career. One of the struggles she faced were in her broken marriages. She married her childhood friend, Jason Alexander, on a random Las Vegas adventure, but after two days of thinking it over, they called it off. Her second relationship was with Kevin Federline, one of her backup dancers. When Spears got involved with him he was still with his girlfriend, who was pregnant with their second child. As the media got heavily involved in the affair, Spears and Federline’s passion for each other only intensified. The pair were married September 18, 2004 in California, until their divorce in 2007. During this time, Spears had to have surgery to correct a knee injury, which forced her to call her tour quits partway through. She also was in a relationship with Jason Trawick,but the couple split in 2004, not long after their engagement.

She’s had Negative Publicity Over her Parenting

Being in the spotlight is a challenge for celebrities, more often than not. To have your personal business strewn across headlines can cause a lot of stress. Spears was caught driving in her car with her first child with Federline on her lap in February 2006. The world made her parenting skills a global topic of discussion. Spears commented to People concerning the matter, “I love my baby more than anything, and as unfortunate an experience as this has been for me and my family, if it brings more attention to child safety then I fully support that.”

Later that year, in September, the couple welcomed their second son, Jayden James. To everyone’s surprise, Spears filed a divorce to end her marriage. The couple then battled custody over their two sons.

Her Behaviour Often Shocked the Media

Post-separation from Federline, Spears hit the club scene, where she was found partying with celebrities like Paris Hilton. She struggled with drug addiction and was frequently in and out of rehab, according to reports. In February 2007, she shaved her head, and again, the headlines made Britney’s craziness one of the most buzzed about concerns. A month later, she went to a Californian treatment center to get help.

In January 2008, Spears had another breakdown and was hospitalized for psychiatric evaluation, after refusing to return her sons to their father, Federline, even after the court approved the visit. Their father then received full custody of the boys.

Something sensational… #MakeMe video is on @vevo

She Persevered through the Struggles… New Album Out Now!

It seems that when Spears is performing or writing music her life seems brighter, but when she’s on hiatus, things get tough. When Spears released her albums,Blackout, Circus, Britney Jean and Femme Fatale,fans were always thrilled to see her back in action. Her new pop/dance sound was a pleasant surprise! In 2012, she joined the judges’ panel of The X Factor Season 2 and it was a great (though short-lived) opportunity for her!

When she does have time off, she seems to be more settled. “I don’t like going out… I love my home and staying in bed and watching Dancing with the Stars or reading a Danielle Steel novel. I’m kind of boring,” she told Glamour. Hey, boring is sometimes great, too!

Despite some hiccups along the way, Spears strove to break free of her dark past and move back into the spotlight. We hope her latest album, Glory, will be just the boost she needs to find balance and stability in her life!