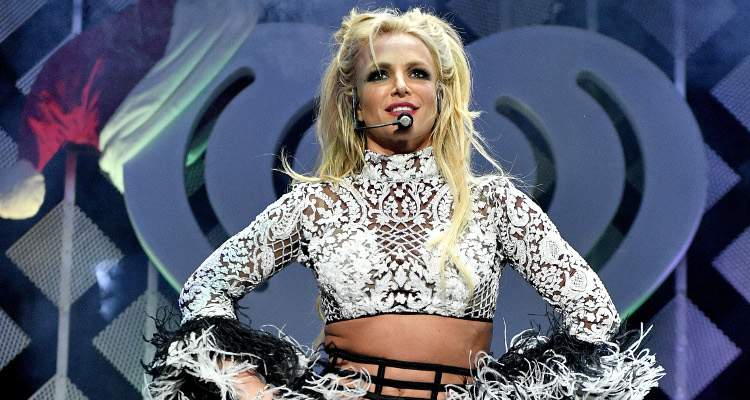 Britney Spears gave us one more chance to celebrate her generosity as an artist. Recently the 35-year-old donated $1.0 million to a Children’s Cancer Foundation in Las Vegas. Spears has not only left a mark on our hearts with her music, but also with her humanitarian work. Besides her songs, Britney Spears’ sexy pics are still being highly searched as the pop princess never goes out of style. So, to satisfy your thirst for the singer’s beauty, we have 10 of Britney Spears’ hottest Instagram pics!

The “Toxic” singer has once again proved to the world that she’s got a heart of gold! She recently donated $1.0 million to the Nevada Childhood Cancer Foundation’s Britney Spears campus, which is just a few miles away from where she performs her shows. On Saturday, Spears attended the huge opening and also donated ticket sales from her Planet Hollywood Show for the cause.

Before the ceremonial ribbon cutting began, Spears shared her emotions with the people at the venue, “I’m just really excited to be standing here for our new NCCF campus.” She added, “We started fundraising in 2014 and we’ve raised $1 million to build this amazing facility to support the kids and the families everywhere. I’m so thankful to everyone for their generosity in making this a reality and making this happen.”

Of course, people were excited about the fact that Spears managed to raise the funds. NCCF CEO Jeff Gordon said, “We can’t thank Britney enough being able to do this. Our dream for many, many years has been to be able to have one one building that all of our 45 programs can come together in one place. And that we are able to to today.” He added, “And that doesn’t happen without someone like Britney Spears.”

The hefty generation Britney Spears gave the hospital will help save several lives. She has been in the music industry for nearly two decades, and is regarded as one of the biggest pop icons the world has ever seen. She is also a celebrated artist who likes to update her fans with whatever she is doing, and utilizes her social media accounts to do that. It’s also where you’ll find some of Britney Spears’ sexy pics, bikini pics, and pics that peak into the life she leads as a worldwide phenomenon.

3. Showing off Her Wild Side

Remember when I brought a jungle to the #VMAs?? This was my favorite performance!! ?? #tbt ? via @rollingstone

5. Setting the Stage on Fire

We’ll get through this together ❤️ See you Wednesday #VegasStrong

8. If Looks Could Kill

Excited for a great show here tonight in Osaka ???

9. The Bold and the Beautiful