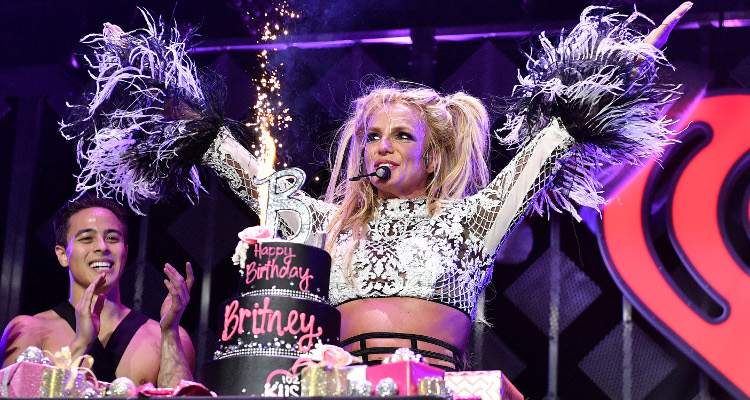 Things transitioned from rumor to reality fast when Britney Spears began dating model, Sam Asghari. The hunk considers himself lucky to be the love of the princess of pop’s life. But who is he? Learn more about Britney Spears’ boyfriend, right here in our Sam Asghari wiki.

Back in 2016, rumors began circulating about Britney Spears dating a 22-year-old model named Sam Asghari. Nothing was official at the time, but when her song “Slumber Party” was released, all hell broke loose!

The couple has recently taken social media by storm when Spears released a video of her mansion, fully lit for Christmas with her beau, Asghari by her side. He’s got bewitching looks, and she’s got her heart set on him. So, keep reading to know more about the hunky model!

From Iran with Love

Born on March 23, 1994, Sam Asghari’s age is 23. Asghari was born in Iran but moved to the United States a decade ago. He still loves his roots and does activities to remind him of his heritage, like when he posted a picture of himself writing in Farsi with an authentic quill pen.

It’s not only Spears that is smitten with Asghari, but also all her fans. People went crazy when the two made their relationship public. And, everyone is talking about Asghari’s hotness quotient more than anything else!

Asghari is a model all right, but people have deemed him a god. And, with those looks, you can’t really blame them!

Spears just celebrated her 36th birthday, and Asghari gave her the cutest surprise! She blew off some candles on a tray of cupcakes and looked happier than ever in a little black dress.

He Calls Spears a “Lioness”

Asghari and Spears compliment each other very well and look great together. Asghari refers to Spears as his “Lioness.” She not only creates a rumble with her roar, but she also knows how to keep her man close!

Spears spoils Asghari with impromptu kisses, not to mention how the couple breaks into dance all the time! They spend a lot of time together vacationing, as well as working out together.

Exploring ?? with my lioness

Not only is Asghari good-looking, but he’s also got an amazingly ripped body. Fans on social media have called him a “gym god.”

Asghari promotes fitness, and his Instagram account is dominated by his abs, biceps, and triceps. His love for the gym, fitness, and health landed him on the cover of the coveted Iron Man magazine back in April this year.

The magazine called him a “New Hero of Hollywood.” And if he keeps up what he’s doing, there’s no stopping this gorgeous guy!

As of now, Sam Asghari’s net worth is not yet calculated. But the model has worked with Fifth Harmony in a music video and even appeared in Spears’ “Slumber Party” video. He endorses fitness brands and has already gained an impressive following of fans.

Sam Asghari’s Instagram account alone has about 450K followers, and let’s not forget Britney Spears’ 18 million followers, too! So, with all this popularity and good looks, Asghari’s future in Hollywood certainly looks positive.

The couple is currently celebrating and spreading the Christmas cheer! They have been making and posting videos of themselves in the holiday spirit. And, Spears’ L.A. mansion is already fully decorated for Christmas!

Will There Be Wedding Bells?

Although nothing is confirmed from either party about any commitments, fans want to see this couple take their relationship to the next level. By the looks of how close they have gotten with each other in just a year’s time, we can say honestly say that they are in love. And, they love to show each other off!

Here are some pictures of Britney Spears and Sam Asghari that will surely give you couple goals.

Is It Just Puppy Love?

A Prince for the Princess at Disneyland

Goofing around before my show with my love @samasghari ?

He’s Got Her Heart Spinning

Thinking of tonight's show has me spinning… just like this night in Vegas ?? Can't wait to see you, #Osaka!!!