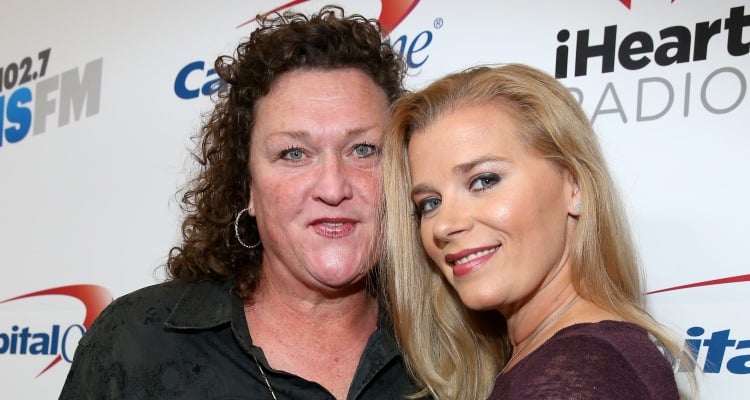 Bridgett Casteen’s Wife was On Glee

If you think Casteen’s wife looks familiar, then that’s probably because her most famous role to date was on Glee as Coach Shannon Beiste. She’s also a three-time Emmy nominated actress and her role took on a transgender (man to woman) storyline later in the show, breaking barriers and receiving praise from many in the LGBTQ community.

“Yeah, I do. I feel like with Beiste, since I came on in season two, all she has ever wanted is to be accepted for who she was and now who he is,” said Dot Jones to The Hollywood Reporter, when asked about the role. “I’ve always said words are pretty powerful and you have to be careful how you use them. The kids look up to characters on Glee as role models and I take it as a big responsibility because I want it to come across as accepting. I hate the word ‘accepting’ because who the hell is anybody to not accept somebody for who they are? I just hope and pray tonight’s episode leads to a lot more, whether it’s trans, gay or any other work for trans actors and actresses,” she added.

Bridgett Casteen’s age is 44 years old and on July 4 she suffered a stroke. She has a hole in her heart and it requires a life-saving surgery. Casteen fell to the floor after losing feeling in her face, and Jones and their daughter immediately called 911. The doctors found out that Casteen has a heart condition called patent foramen ovale—a hole in the heart—which was responsible for the stroke. According to TMZ, she was returned home that Friday, but she’s not out of the woods yet. She has to have surgery in order to fill the hole in a few weeks. The good news is; doctors expect her to make a full recovery!

Here come the brides! According to People magazine, the Glee star (now 53) and her longtime girlfriend exchanged vows in December 2013 at their home in Los Angeles on a Saturday night. The funny thing is, the guests thought it was just another holiday party and were surprised when they were told it was actually their wedding! Jones asked Casteen to marry her at Disneyland during the ‘Gay Days Anaheim’ weekend in October.

For those wondering, Casteen does have an Instagram account, but unfortunately, it’s set to private. If you want to send your kind thoughts and well wishes to her, then you can always do so through Jones’ open Instagram account. Jones’ account is full of happy memories of her life with Casteen! These two really can’t get much cuter!

THE ONE THING I AM TRULY SURE OF!! LOVE YOU @bridgettcjones