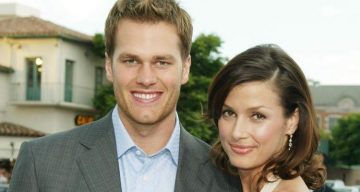 New England Patriots quarterback Tom Brady had a pretty disappointing night at the Superbowl LII. But just before the game, the football star was in the eyes of the media for kissing his 10-year-old son, John Edward Thomas Moynahan, on the lips, with whom he shares custody with ex-girlfriend Bridget Moynahan. And now, fans want to know about Bridget Moynahan’s husband, Andrew Frankel.

Who has Bridget Moynahan been married to after she and Tom Brady broke up? The question seems to be bugging fans ever since Superbowl 2018, after an awkward video of Tom Brady kissing his son resulted in some social media backlash.

Who Is Andrew Frankel?

Frankel’s Linkedin page states that he graduated from The University of Pennsylvania in 1994 with a Bachelor of Arts in Economics. So, what does Andrew Frankel do for a living?

Since 1993, Frankel has been working with Stuart Frankel & Co. Inc.,  a Wall Street institutional brokerage firm. He is the co-president and has been instrumental in developing the company for almost 25 years now.

According to their official website, “Stuart Frankel & Co. guarantees “best execution” in a discreet, conflict free and cost efficient manner with zero market impact. In the U.S., advantages such as the D-quote enable our clients the opportunity to access the Market on Open and Market on Close liquidity after the deadline that hinders the investment banks.”

Moynahan and Frankel met through a common friend. And Moynahan has been on “cloud nine” ever since she met him, according to a source.

Bridget Moynahan explained in an interview that her husband is simple, sweet, and kind. He always praises her cooking, and she joked that he eats anything given to him, and still appreciates her for it.

Moynahan said, “He’s pretty easy and basic. So honestly, if I boil water for him, he’d be like, ‘This is amazing!’ He really is the sweetest.”

The couple got married in 2015, in an intimate ceremony in the Hamptons. The wedding was at the picturesque Wolffer Estate Vineyard, where photographer John Dolan took perfect shots.

Brady has been married to Brazilian model, Gisele Bundchen since 2009. The couple has two children now.

Andrew Frankel has three sons from a previous relationship, and they are older than Moynahan’s son. The family lives happily together.

John Edward Thomas Moynahan was more than excited to gain three brothers when his mother married Frankel. And, it looks like everything turned out just the way Bridget Moynahan and Andrew Frankel had imagined.