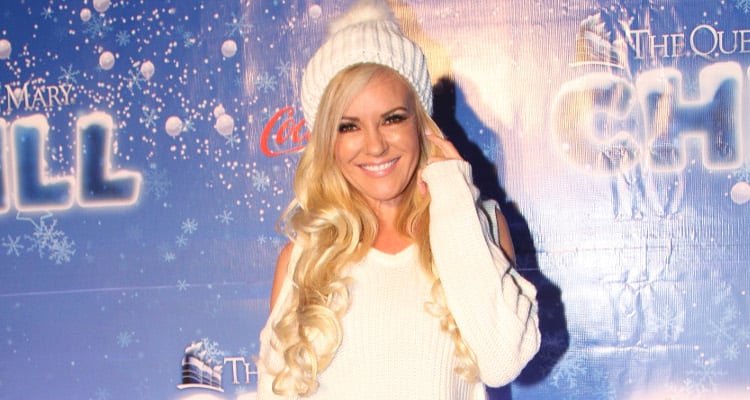 Playboy founder Hugh Hefner died on Wednesday and left behind a massive business empire. He was known for his many girlfriends, including  actress and model Bridget Marquardt, whose net worth is estimated to be $4.0 million. If you want to know what Bridget Marquardt is up to now, then keep reading.

One of Hugh Hefner’s ex-girlfriends, Bridget Marquardt, took to social media to express her sadness over his death  tweeting, “So sad but forever grateful for all the wonderful memories and amazing experiences #RIPHef #Playboy.” We have more details  about Bridget Marquardt right here.

Born Bridget Christina Sandmeier on September 25, 1973, in Tillamook, Oregon, Bridget Marquardt’s age is 43. Her family moved to California where she and her younger brother Edward were raised. When she was in the fifth grade, Marquardt’s parents got divorced. Her mother remarried and moved with her children to her second husband’s ranch with their new half-sister, Anastasia.

In 1990, Marquardt graduated from Lodi High School, and got her Master’s in Communications from the University of the Pacific in Stockton, California in 2001.

??#tbt behind the scenes photo from a photo shoot with @davidmecey ??

It was Marquardt’s friends who suggested that she pose for Playboy magazine, so she wrote a letter asking how to become a Playmate. In 1998, when she was 25, she entered Playboy’s Millennium Playmate Search, but her audition was unsuccessful. To further pursue her modeling career, Marquardt moved to Los Angeles in 2001. She started off with some local modeling jobs and small acting roles, until she was finally invited to the Playboy Mansion where she soon became a regular. In 2002,  Marquardt was reportedly asked to move in and become one of Hugh Hefner’s girlfriends.

She was one of Hefner’s girlfriends who were featured on the TV show The Girls Next Door. By then, she was in Playboy cover pictorials along with Holly Madison and Kendra Wilkinson in the November 2005, September 2006, and March 2008 issues.

Marquardt appeared in several movies like Kottentail, where she plays a scientist who does genetic research on rabbits. In 2005, along with Madison and Hefner, Marquardt appeared in an episode of Curb Your Enthusiasm. She was also in an episode of Entourage along with Wilkinson, Hefner, and Madison, some of which was filmed at the Playboy Mansion.

There was a time, Marquardt was fascinated with things related to the paranormal. To learn more about it, she did an online paranormal course, which she revealed in an episode of Celebrity Paranormal Project on November 19, 2006. In 2007, her Sirius Radio show, Bridget & Wednesday Friday Show first aired and, that October, Marquardt was a contestant on Fox’s reality show, The Search for the Next Elvira.

In June 2008, her career reached new heights when she got the opportunity to star in her own show, Bridget’s Sexiest Beaches, on the Travel Channel, where she would visit various countries, check out their beaches, and get to know the locals. Later that summer, Marquardt along with her other Girls Next Door co-stars, made an appearance on an episode of NBC’s Celebrity Family Feud.

In 2009, Marquardt said goodbye to Playboy. Her last appearance was a nude photo spread with Madison and Wilkinson. A year later, it was reported that she was planning on starting her own reality show, the plot of which would revolve around her life after the Playboy Mansion. However, her dreams of becoming a reality star shattered in 2011 when Marquardt revealed that E! did not want to pick it up. However, she did not lose hope and added that she was still looking for other opportunities. In 2012, Marquardt wrote articles and shot short documentary pieces for Yahoo’s Animal Nation series.

In September 2007, Marquardt revealed in an interview that she was married but separated, and living in the Playboy Mansion since October 2002. Although she did not reveal much about her husband, she said that he was supportive of her decision to move to Los Angeles. After her divorce was finalized in 2008, it was reported that Marquardt was in a relationship with director Nicholas Carpenter. The couple are reported to be living together in Sherman Oaks after getting engaged in 2015.