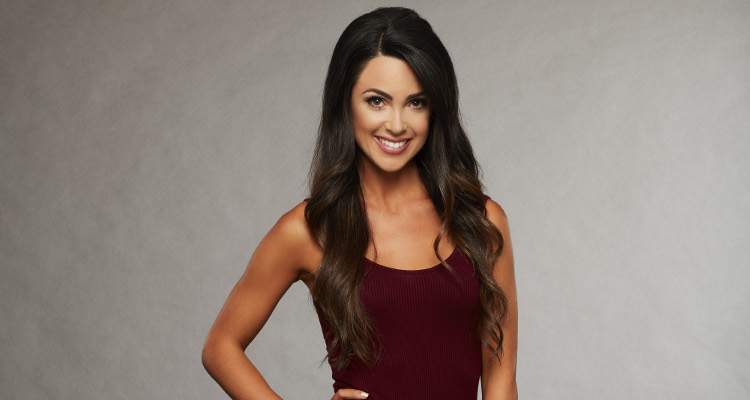 On January 1, 2018, we will not just welcome the New Year, but also the newest season of The Bachelor. Arie Luyendyk Jr. will try to find love out of 29 beautiful ladies. One of them is Brianna “Bri” Amaranthus. We have everything you need to know about Brianna Amaranthus from The Bachelor 2018 right here.

The Bachelor is going into its 22nd season with Arie Luyendyk Jr. making his second appearance on the franchise. He faced rejection on season 8 of The Bachelorette, when Emily Maynard sent home as the runner-up.

But Arie definitely did not give up hope on finding love! The first episode of what is bound to be an entertaining and dramatic season will premiere on January 1, 2018, where we will formally be introduced to the 29 women vying for his heart.  One of the gorgeous ladies on this season of The Bachelor is Brianna Amaranthus,

This photo makes me want a piña colada real bad. You feel me?🍹

In January 2011, while still in school, Bri worked as a nutrition assistant for her school’s Athletic Department. By the end of that year, she also became a sports reporter with Duck TV, UO’s TV station, where she stayed until the end of 2012. While there, she was responsible for producing weekly shows on local and PAC-12 sports, as well as on-camera reporting.

She then worked as a sales associate at The Buckle in April 2012, where she worked for 10 months. Before graduating, she was a sports broadcast intern with KEZI-TV from July 2012 to January 2013. Interning at the station gave her the opportunity to film, write, and filled in for stand up assignments.

Bri also worked as a public relations intern at the Jordan Schnitzer Museum of Art for six months. Before graduating, she got a job as a reporter and social media coordinator for NBC Sports Northwest, where she still works today. Her responsibilities include hosting SportsTalk Live. She also writes, edits, films, manages, uploads videos and written content to publish online, and hosts digital media live streaming shows.

Other Details about Bri

Bri is a former athlete. During her school and college days, she played soccer, softball, and loves dancing. She won two 6A softball State Championships and earned a softball scholarship to the University of San Diego, where she attended freshman year.

The 25-year-old sports reporter has no tattoos as of now, but is open to the idea. When asked about which three people she would have lunch with, and what she would order, she chose Barack Obama, her grandmother, and Audrey Hepburn, adding that she would order a round of shots.

If she could, she would love to be an NFL player for one day, because she believes she would be an awesome receiver or quarterback. Her most significant achievement to date was healing her broken heart and winning an Emmy (you go girl!)

Busted brackets and comfy sweaters… that's what March does.

Her all-time favorite movies are The Count of Monte Cristo, Crazy, Stupid, Love, and Breakfast at Tiffany’s. It looks like Arie might have to pull out all the stops for Bri, because her idea of a perfect date is having great conservation, doing a fun activity, and drinking a good glass of wine with a beautiful view. The top three things in her bucket list are to see the Northern Lights, ride a hot air balloon over Napa Valley, and, having a passion for sports, she wants to attend a game seven in the NBA or MLB. Well, The Bachelor can arrange at least two of those!

If you want to take a look at Brianna Amaranthus’ hot pics, then make sure you give her a follow on social media. Bri Amaranthus’ Instagram account is constantly being updated with her latest pics, and is worth checking out! If you are rooting for our girl, then make tune into the season 22 premiere of The Bachelor on January 1, 2018.