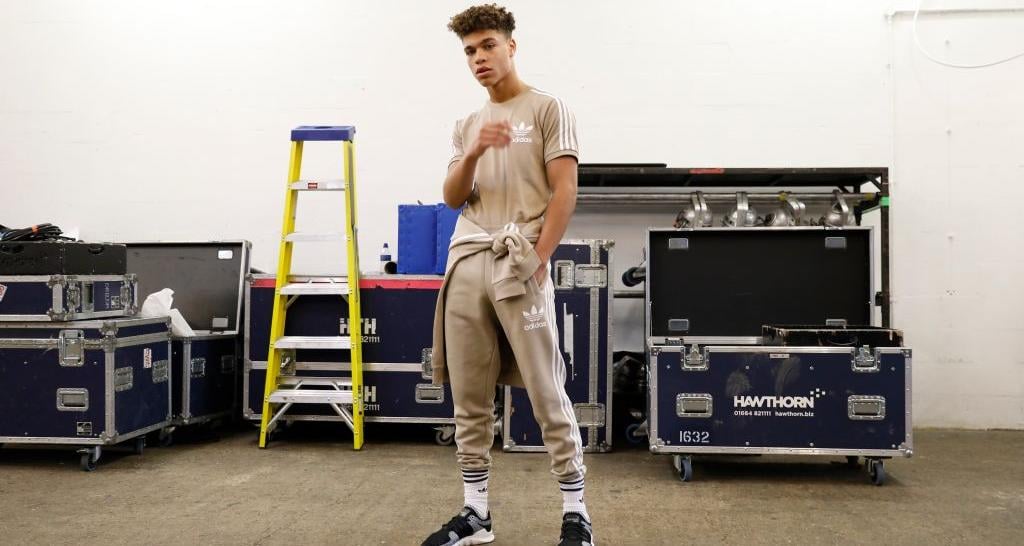 Swedish Singer Zara Larsson is known for her music, but how much do we know about her love life? She has the love story millennials dream of and you won’t believe how a model named Brian Whittaker became Zara Larsson’s boyfriend! Today, the two are the definition of #couplesgoals. We’ve got the scoop right here.

If you follow Zara, you may know of her long-time beau and how the two make everyone “aww” over their adorably sweet relationship. The two are truly obsessed with each other and it’s so sweet, it could give you a cavity! But not many know that Zara isn’t the only famous one in the relationship. If you want to know more about the guy she’s dating, then have a look at our Brian Whittaker wiki.

Who Is Brian Whittaker?

Whittaker is of mixed race and was raised in a predominately white neighborhood in England. However, he faced a lot of problems because of his background and didn’t really fit in well with other kids.

He has gaps between his teeth and was insecure about it for a while. But his interesting features are probably what make his unique look so attractive. Plus, he’s the most humble individual and has a smile that could sweep any girl off her feet! But it looks like Whittaker never dated in high school, and apparently he never attended any house parties while growing up, either. He was never one to follow the crowd.

He Was Referred by Another Model 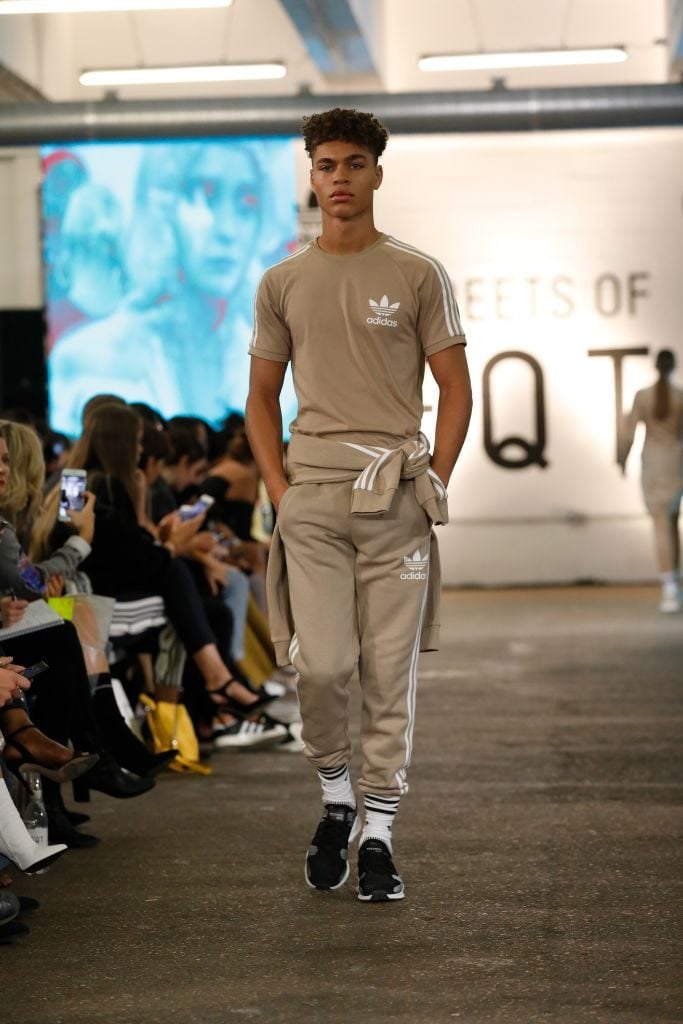 A fellow model saw Brian Whittaker on Instagram and said that he would make a fine model and gave him his booker’s contact details.

Whittaker got in touch with the booker and he forwarded some pictures. And Bam! That’s how he was selected by Select Model Management at the age of 15. However, it took around a year before he got his first campaign, Stone Island. Now, he struts his stuff for the camera for some extremely prestigious brands.

To date, his favorite modeling assignment was going to Milan for the Calvin Klein presentation.

Whittaker would like to try acting after he is done with modeling. But for now, he says he is just going with the flow and seeing where things take him. He is currently represented by IMG Models.

The 18-year-old has walked at Paris Fashion Week for Fenty x Puma, and with nearly 900K followers and an equally (if not more) famous girlfriend by his side, his popularity is only increasing.

In fact, even Larsson was asked to pose with her hunky man for a photo spread! Earlier this year, Brian Whittaker and Zara Larsson were featured in Paper magazine in an interesting baroque-esque editorial piece!

He & Zara Larsson are Crazy in Love! 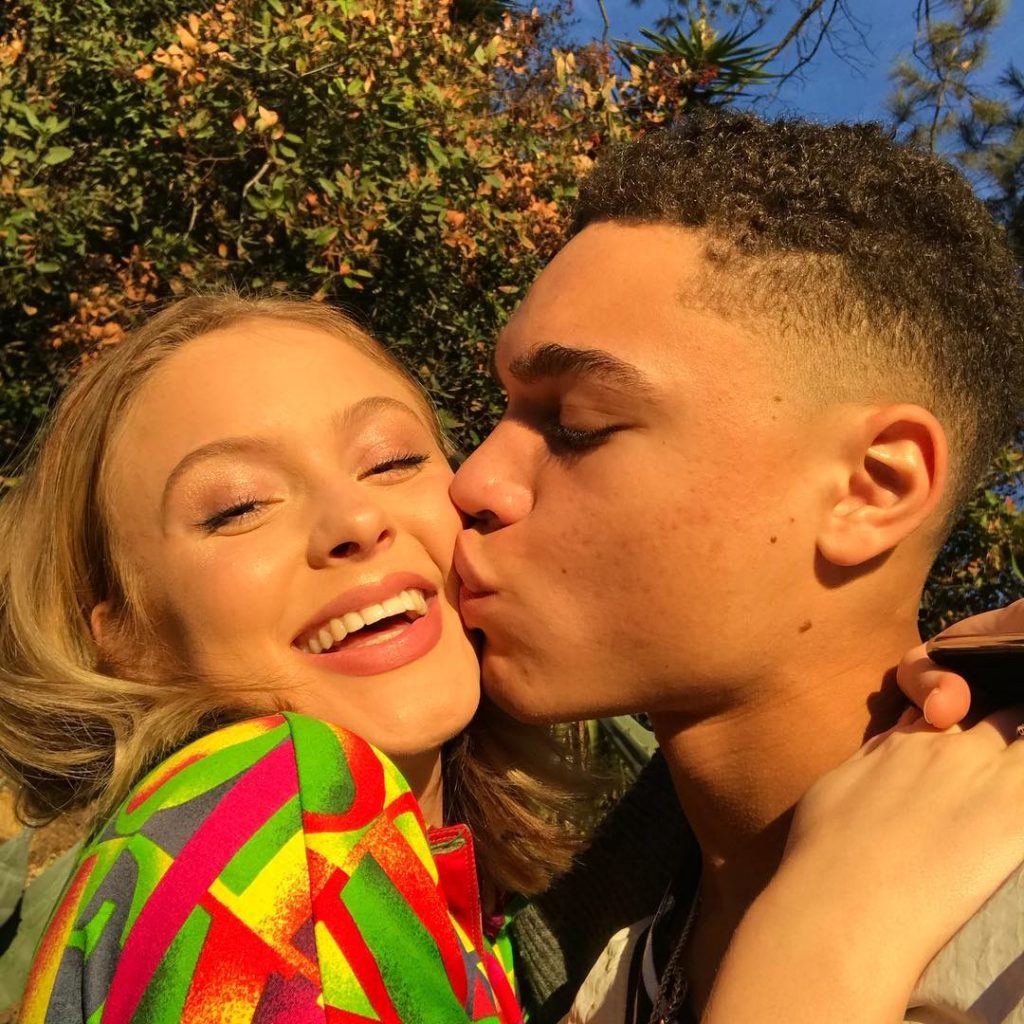 Before they met, Whittaker had no idea who Zara Larrson was. But it was her who made the first move, posting an extremely “thirsty” comment on a photo of him in 2015.

It simply read: “Who are you where do you live how old are you why are you so fine and how do you like your eggs cooked in the morning?” It was hilariously forward of her—but Whittaker got the message!

His friend sent him a screenshot of the comments and explained that Larrson posted about him on Twitter. So, he checked out her Instagram and realized that she was quite famous.

After that, Whittaker listened to her songs, followed her on Instagram, and messaged her to say, “I’m Brian Whittaker, I’m the guy you were looking for.”

They started talking to each other online and Larrson was absolutely mesmerized by him.

They met each other in person a couple of weeks later in London and went for a nice dinner date. But due to some miscommunication, Larrson and Whittaker didn’t see each other for a year and barely spoke to each other.

But, as fate would have it, they reconnected a year later when they were both in Paris. So, they went for a nice dinner and sipped on some wine and the two have been together (and blissfully in love) ever since. The couple went public with their relationship at the Wireless Festival in July and fans are still cooing over their adorable love story.

Whittaker’s mother is African-American and hails from the beautiful Caribbean Island known as Turks & Caicos. His father is from Vancouver Island, Canada and is a pilot.

According to Brian Whittaker’s Instagram, he also has a younger sister. 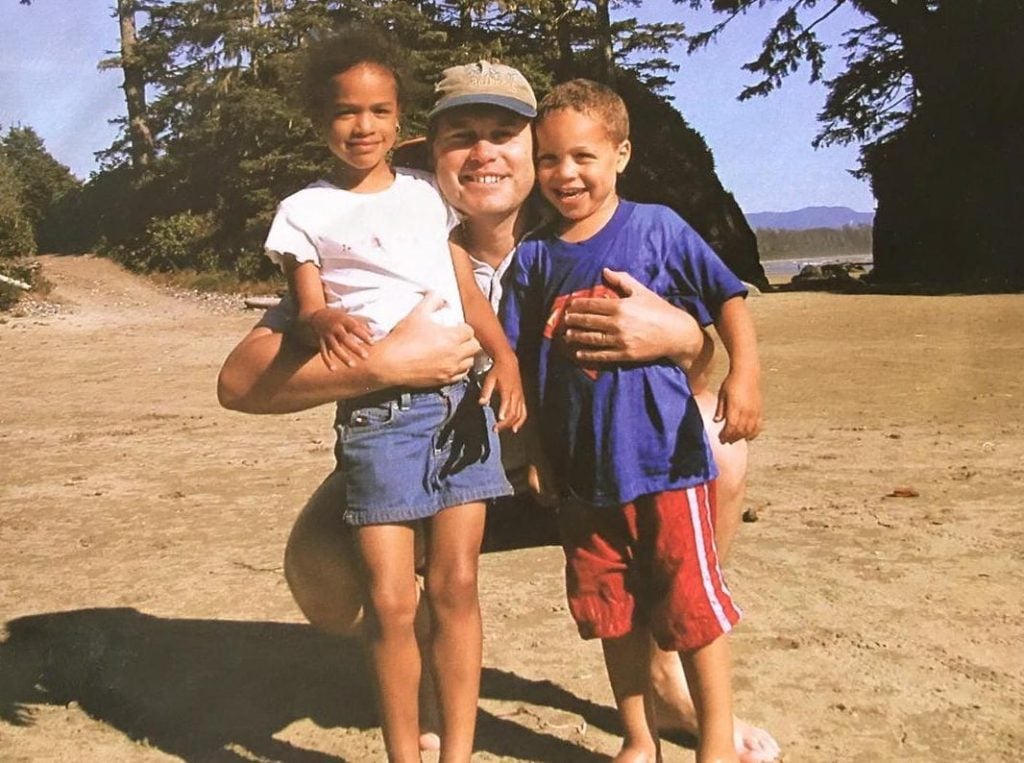 Brian Whitaker Shared an Old Photo With His Dad and Sister on Father’s Day (Photo: Instagram/brianhwhittaker)

He Struggled with Depression

In an interview, Whittaker disclosed his experience with anxiety and depression. He explained that he fell into depression when he first started modeling.

Whittaker said that it was hard for him to meet new people. He used to get butterflies in his stomach and couldn’t make eye contact nor converse well when he would meet somebody new.

A friend finally helped Whittaker to get out of his rut. He now accepts himself the way he is.

Whittaker describes himself as a positive and ambitious person who wants to inspire people. If he could have a hashtag, it would be #StayTrueBeYou.

His advice people is to be positive, and he said, “Remember: whatever you are going through other people are going through something as well. Be positive and respectful; doing little things like holding the door for people gives you a sense of positivity.”

Whittaker often posts pictures on Instagram that haven’t been photoshopped or touched up. (So, there is proof he isn’t perfect, though Larsson may argue that fact!) He also posts a lot of inspirational quotes and positive thoughts on Twitter. It seems the model is still working on himself everyday, even his Insta-bio says so.

But he certainly has no shortage of followers! The British model has just over 894K followers on Instagram to be exact! 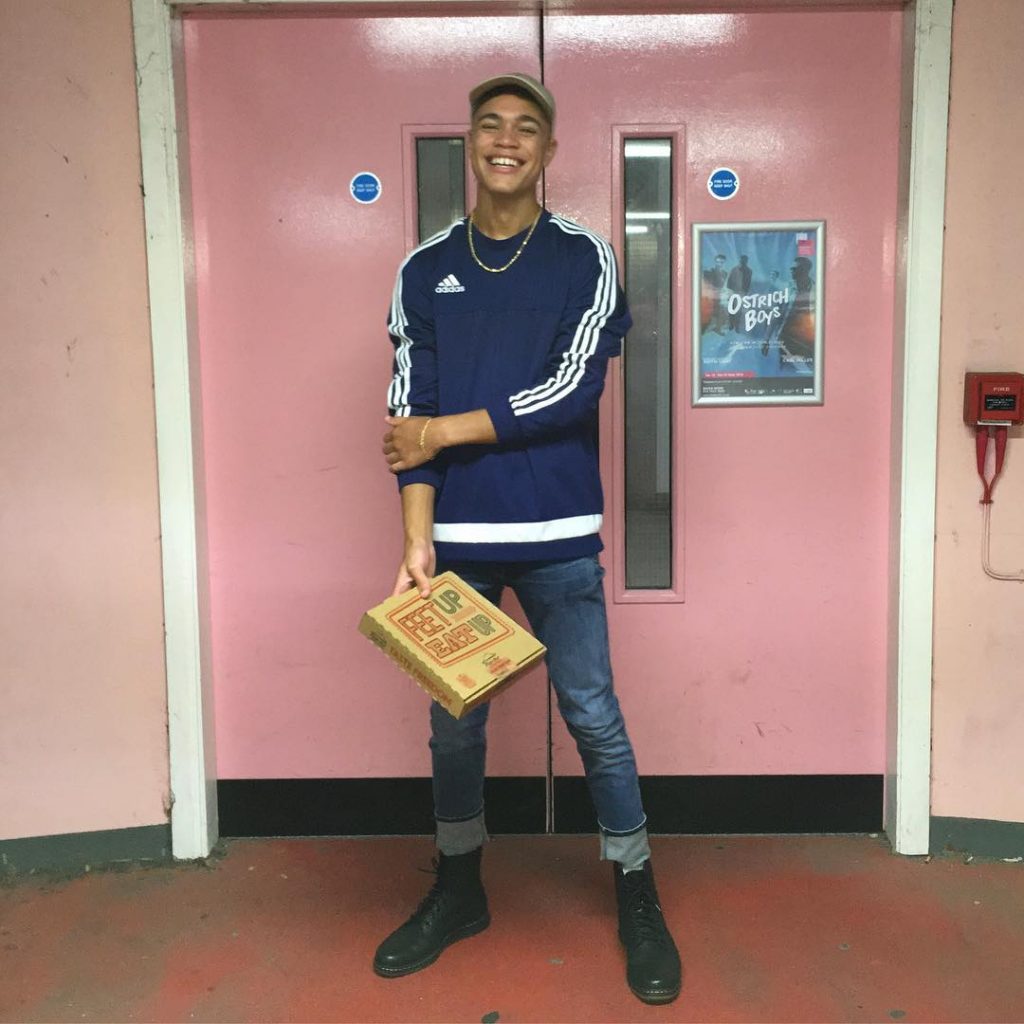 In his free time, Whittaker likes to hit the gym and work out. Like others, he loves pizza and his all-time favorite artist is Wiz Khalifa.

His favorite movies are Norbit and The Wolf of Wall Street. Some of the series he likes to watch are Narcos, Prison Break, and, Breaking Bad.

He is passionate about photography and considers it a work of art. It is a hobby of his, and it helps him to stay creative.

According to an interview, Brian Whittaker has an apartment on the River Thames. He lives alone in a two-bedroom apartment.