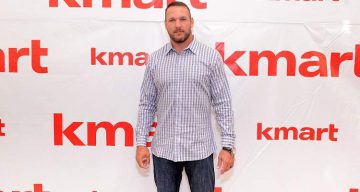 Former Chicago Bears linebacker Brian Urlacher’s baby mama, Tyna Karageorge reportedly filed a lawsuit alleging that he portrayed her as “a bad mother, unfit and a killer.” However, Urlacher’s attorney claimed the lawsuit has false statements. The former NFL star remarried about two years ago. If you want to know more about Brian Urlacher’s wife, then take a look at Jennipher Frost’s wiki.

In Tyna Karageorge’s lawsuit, she reportedly claims that Urlacher conspired with his lawyers to convince the public that she killed her husband, writing, “The atrocities that the Defedants have done equates to modern day lynching and witchhunt. My life has been ruined by what transpired. People perceive me as a murderer even to this date. [sic]”

Urlacher’s attorney claims that the statements are twisting facts and quotes. Brian Urlacher’s wife has yet to comment on the case. If you want to know more about her, then we have everything you need right here.

Born on January 11, 1982, in Pocatello, Idaho, Jennipher Frost’s age is 36. She stands tall at 5’10”, and her LinkedIn profile states that she studied at Boise State University and Idaho State University.

After graduating, she had various jobs as a club and casino VIP hostess, and marketing for various companies at Angel Music Group. For 10 months, she worked was a manager at Altitude Pool at SLS Hotel Beverly Hills, before working at Wynn Las Vegas for a year.

Her bio reads, “I was in Vegas for 7yrs now. Its been the best and the worst. Im originally from Idaho, and anyone thats been there knows there isn’t much to do there. We make are own fun! 🙂 Also lived in NYC for 2yrs. Love it there! Could definitely do with out the cold though. I started at Light Group, helped open up Jet and also Bare Ultra Pool. [sic]”

She added, “Then went on to the Hard Rock Hotel and did bottle service at Body English. Last but not least at AMG/ Wet Republic Vip Hosting/Marketing. Moved to LA to try new opportunities was F&B Manger (sic) at SLS Hotel in Beverly Hills. Currently I have just moved back to Vegas to take the job as Manger and also Marketing Manager for Andreas Restaurant in the Encore. Very Lucky and pleased the Wynn has brought me on their team. [sic]”

She Was on America’s Next Top Model

If you think Frost has a familiar face, it is probably because she was on America’s Next Top Model in 2004. However, she had a very short stint as she was the fourth to be eliminated. Sine then, she tried her hand at modeling and invested her time in print work.

Frost and Urlacher reportedly met in 2009 through mutual friends. After dating for a few years, the couple tied the knot on March 13, 2016 at Queen Creek, Arizona.