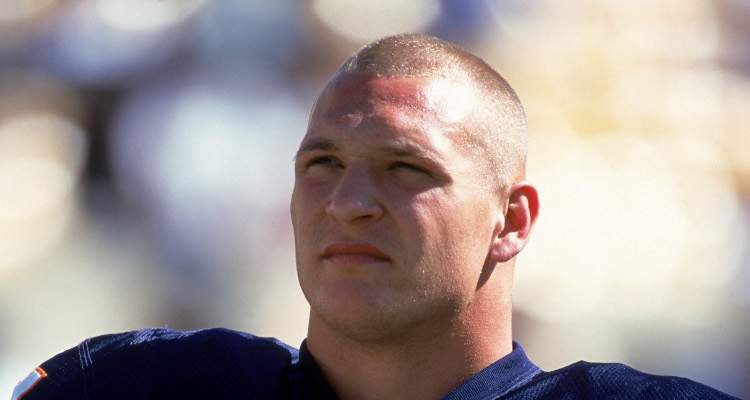 Brian Urlacher might be headed for some tough legal problems, after being sued for $125.0 million by the mother of his son, Kennedy. Tyna Karageorge accused Urlacher of defaming her character by portraying her as a “killer” with the help of his attorneys and a newspaper reporter. Brian Urlacher’s net worth of $16.0 million might not be sufficient enough to handle the situation if he loses in court.

Thanks to his highly successful career as a football player, Brian Urlacher’s net worth in 2018 is estimated at approximately $16.0 million. However, that may prove to be inadequate if he loses the lawsuit filed against him by the mother of his 12-year-old son. She has alleged that Urlacher plotted with his attorneys and a reporter to portray her as “a bad mother, unfit and a killer.”

Tyna Karageorge filed a $125.0 million defamation lawsuit against Urlacher, and is representing herself in the case in Cook County Circuit Court, which was filed on Friday, January 12, 2018. She said that she last had custody of her son, Kennedy not long following the death of her husband, Ryan Karageorge on December 29, 2016.

The lawsuit names the Chicago Tribune and reporter David Haugh, alleging that they conspired with Urlacher to portray her as a “killer” even though her husband’s death was ruled a suicide.

Brian Urlacher’s Net Worth Compared to other NFL Players

– His money was earned through his work in commercials for several prestigious brands like McDonald’s, Comcast, Domino’s Pizza, Nike, Old Spice, Campbell’s Chunky Soup, and Glaceau.

– He was once fined $100,000 for wearing a hat promoting non-NFL approved sponsor, Glaceau’s Vitaminwater

Also Read:  Nancy Kerrigan Net Worth 2018: How Rich Is the Former Figure Skater?

Brian Urlacher’s Salary Over the Years

– He was named one of the 27 semi-finalists for the 2018 Pro Football Hall of Fame class on November 21, 2017. This was Brian Urlacher’s first Hall of Fame nomination.

-He said that he is “unaware” of the $125.0 million lawsuit that Tyna Karageorge filed against him.

-His attorney, Donald Schiller responded to the claims saying that the lawsuit was “essentially a reiteration of the same false statements, twisting of facts and quotes out of context that she has claimed and filed in Court proceedings all during this case. None were found to have merit.”