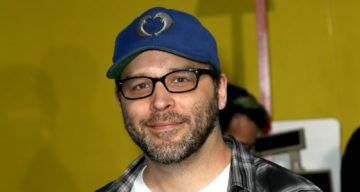 Brian Redban is a familiar name to regular listeners of The Joe Rogan Experience. Redban hasn’t featured on JRE in a long time, which has given way to all kinds of rumors. Some think that he and Joe Rogan had a falling out and he was fired. But it doesn’t seem like their friendship and partnership has been hurt in the least. This Brian Redban wiki will elaborate on how the producer came to work with Rogan.

Born Brian Reichle on August 4, 1974, he is a native of Columbus, Ohio. Brian Redban is his stage name that he goes by.

Brian and his sister, Erin, were born to Mary McDonald and Gary Reichle. Their parents are divorced and remarried to other people.

His family is still based in Ohio, while Brian is in California. His father, Gary, has been a research engineer for most of his career and currently operates his own research lab in Columbus.

Reichle graduated from Worthington Kilbourne High School in Columbus in 1993. He is a graduate of Columbus State Community College.

Brian Redban has been a self-taught media producer since at least the ‘90s. His video-editing expertise caught the attention of Joe Rogan, who hired him to film him and other comedians on tour. Redban moved to California to work with Rogan, and that was the start of their partnership.

He founded his company, Talking Monkey Productions, in 2004. Through his production company, he launched The Joe Rogan Experience podcast in 2009 with Joe Rogan. He also helped produced Rogan’s online reality show, The Joe Show.

Redban was producer and co-host of JRE until he apparently quit in 2013. Rumor has it that he was fired. But he continues to guest host on the show occasionally and there is no evidence of bad blood between him and Rogan.

A witty comedian himself, Redban also toured and performed in comedy clubs. He founded the Deathsquad Podcast Network with other funny folks and also does a little acting.

Redban has been in a relationship with Janice Min for several years. Min is a fellow member of the Deathsquad.
She is of Korean descent, skilled in digital marketing, and a graduate of the University of San Francisco. In recent years, she has worked on producing podcasts with Redban.