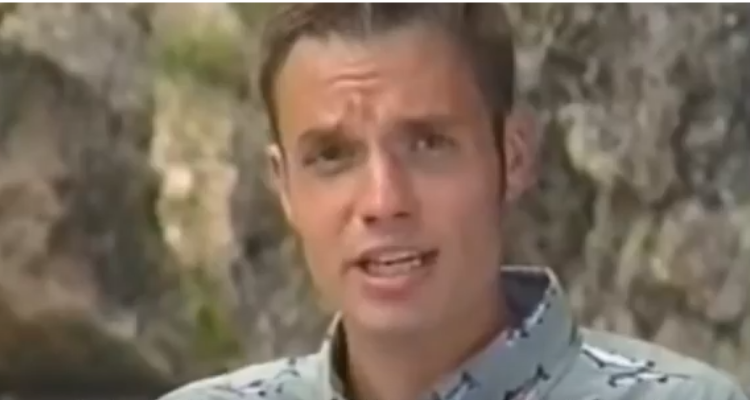 Former MTV Road Rules star, Brian Lancaster died last Thursday at age 43 and fans want to know what happened to him. Many of his fans are still just learning the news of his passing and want to know more about the MTV Road Rules star’s death. This news comes on the heels of the death of fellow Road Rules alum Danny Dias, who reportedly died from possible suicide and drug overdose.

MTV is responsible for so many TV shows, that there are some that people don’t even remember! Brian appeared in season 7 of Road Rules in 1999, and despite completing 13 missions, he never won the $43,000. If you want to learn more, then take a look at our Brian Lancaster wiki.

Brian D. Lancaster was born on January 5, 1975, and was raised in Havertown, Pennsylvania. His parents were Dennis and Carol Lancaster.

According to his obituary, Brian was capable of many skills and wore different job titles. Being a reality star back in the day wasn’t the only thing on his résumé; he was an advertising account manager, a telecommunications project manager, a special education teacher, and a bartender, just to name a few. In fact, he was even referred to as a “Jack of all trades”.

Also Read: Does Mike “The Situation” Go to Jail? Why Is Mike Sorrentino in Trouble?

According to TMZ, Brian’s family believe his cause of death was due to heart failure and his history of arrhythmia. The family also stated that his death wasn’t alcohol or drug related. He was found dead on March 29 in Phoenixville, Pennsylvania.

Brian was cremated on April 5 privately, but friends and family were welcome to pay their respects and share fond memories of him. He’s survived by his parents Dennis and Carol Lancaster, his fiancée Sarah J. Bell (daughter of Harris and Adriana Beyer), his adopted dog Reagan, and his godparents Uncle Ed Lancaster and Aunt Janice O’Hara.

His family will remember him as “a spiritual explorer, dreamy stargazer, inquisitive world traveler and barstool philosopher who enjoyed a good mind meld.”

In his obituary, they added that “Brian excelled at being a human being rather than a human doing. Constant in his soul and spirit, he would share possessions, thoughts and every part of his essence with anyone who came into his orbit.”

The late reality star enjoyed the outdoors and became known by many different nicknames to people throughout his life. Brian had friends of all ages and was described as a free skier and daredevil skateboarder. He was considered to be accident prone and an animal lover who enjoyed backyard gardening.

Based on the things revealed about him after his death, it is clear that he lived life to the absolute fullest and saw the good in everything. It’s clear that he was truly loved by all who knew him as he was said to have brought spirit and light to all he met. He had friends ranging from 19-97 and not only was he a real “people person”, he had a way with all living beings, especially animals.

He imagined having a menagerie of animals, including an elephant, sloth, chinchilla and more. In fact, he even adopted his favorite animal; his dog, Reagan.

So, Brian’s family has asked that in lieu of flowers, donations be made to the Brandywine Valley SPCA, a no-kill shelter in Chester and Delaware County, the same place he adopted Reagan.