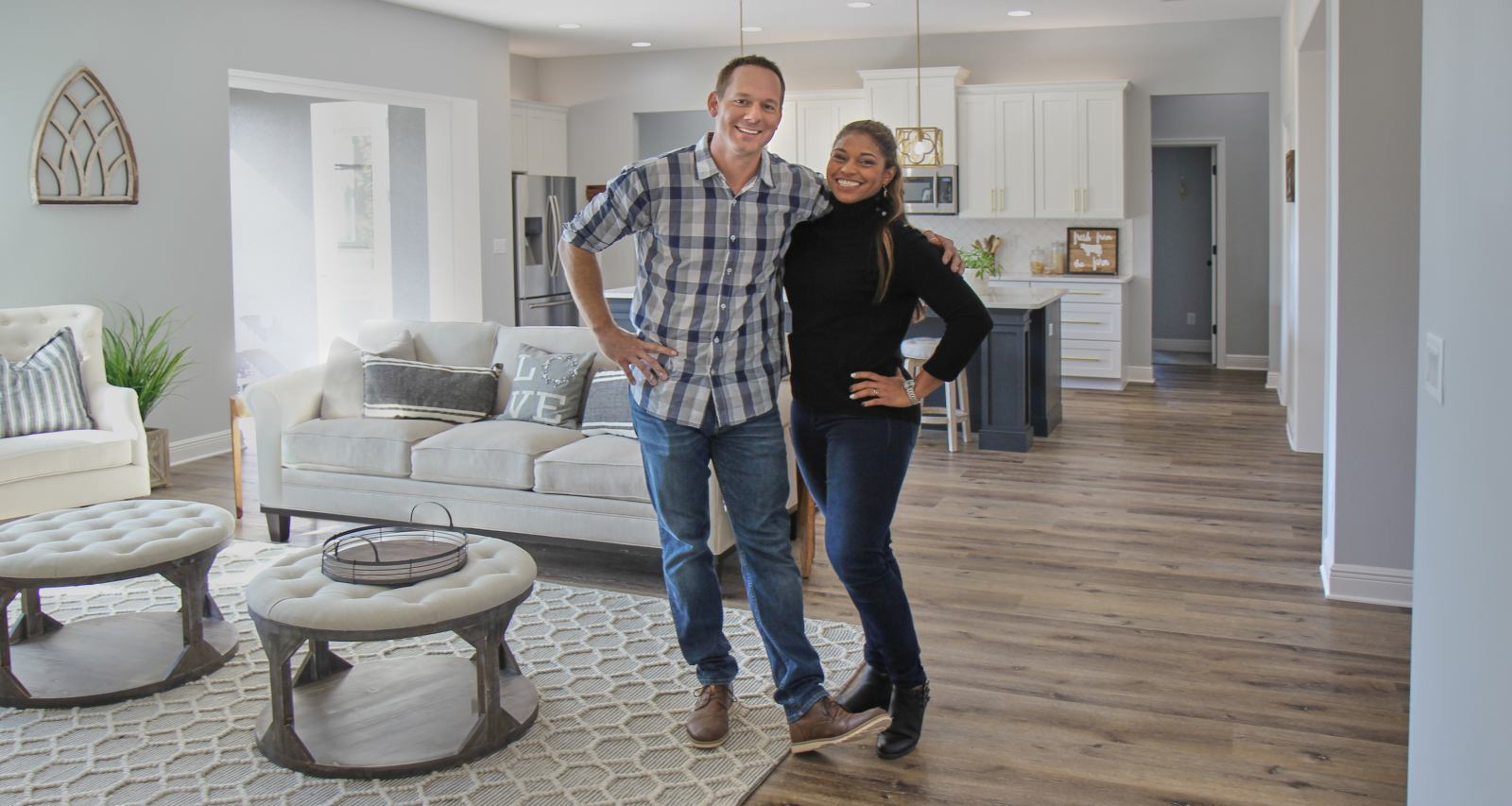 Husband, dad, serial entrepreneur, innovator, reality show star, home-flipper, and Amazing Racer are some of the many titles that Brian Kleinschmidt boasts about. The former Shark Tank entrepreneur is now on HGTV with his wife, Mika McGee Kleinschmidt. While Brian is the developer, Mika is the realtor and designer of 100 Day Dream Home. Their relationship is already the stuff of movies, which is drawing viewers to their show. This Brian Kleinschmidt wiki has the details of their relationship you need to know.

Brian Kleinschmidt was born on April 19, 1982 to Kevin and Ellen Kleinschmidt. The Florida native was raised by a multi-talented mother. He has a brother who hasn’t been identified.

Ellen Kleinschmidt was awarded the title of “woman of distinction” by the American Association of University Women for her multiple achievements in 2013. She was an elementary school music teacher before she retired and was also part of the local theater community as a playwright.

Brian’s father was a janitor. Brian looked up to him for doing everything he could to provide for his family.

Brian Kleinschmidt Is an Entrepreneur

After graduating from Riverview High School, Brian Kleinschmidt attended the University of Central Florida and set off on the entrepreneurial route. Like his mother, he wears many hats.

At a young age, both Brian and his brother began earning some extra money by washing cars around the neighborhood. His enterprising spirit continued into his adult life when he opened a chain of Anytime Fitness gyms in multiple locations.

He also spent a brief period flipping houses. His personal achievement was being able to sell three homes during the 2008 recession.

Brian the innovator also sought to help new parents with his product “EZ-Pee-Z,” which was seen on Shark Tank. He also took his home design smarts to reality TV with his wife, Mika McGee Kleinschmidt.

Kleinschmidt’s first foray into reality TV was in 2009, in The Amazing Race season 15. He joined the race around the world with his then-wife, Ericka Dunlap, and they finished third.

Another show you might remember Kleinschmidt from is Shark Tank, on which he appeared in 2015. He was seeking $50,000 for a 15% stake in his company, EZ-Pee-Z.

The patented design prototype of his product was aimed to help parents who are potty-training their kids. He didn’t get a deal, but Kleinschmidt was able to get the product in stores. Most sites say the product is now out of stock.

Now Kleinschmidt has returned to the home-flipping business, and on HGTV no less. Together with his wife, Mika McGee, he stars in 100 Day Dream Home. The couple helps other couples design homes according to their tastes within 100 days.

Kleinschmidt met the former Miss America, Ericka Dunlap, at a leadership seminar. They married in 2007 and participated in The Amazing Race. Kleinschmidt and Dunlap would divorce in 2011.

Brian would then reunite with his high school sweetheart, Mika McGee. Brian and Mika were both students at Riverview High, and met in girls’ chorus.

“My schedule got mixed up so I was in girls’ chorus for the first couple of weeks of school. That’s where I first met Mika and I knew there was something special about her. My guidance counselor kept telling me she was doing her best to get my schedule corrected so I didn’t have to be in girls’ chorus any more….I told her I was in no hurry!” recalled Brian.

They reconnected 10 years after high school when both were working in the fitness field. Mika was a trainer at a rival gym until Brian brought her on board to Anytime Fitness.

Brian proposed to Mika in 2013 and they married in October 2015. They’re reportedly raising a daughter, Jade, together.

The highlight of my days recently are my bike rides with Jade. 😃 It’s amazing how quickly life passes by…seems like just yesterday she was on her tricycle. 😢 I encourage EVERYONE to take time each day to cherish the precious moments like a simple bike ride. 🚲 💯✊🏼 What are your “bike ride” moments? #HGTV #HomeTogether #100DayDreamHome #Dirt2Design