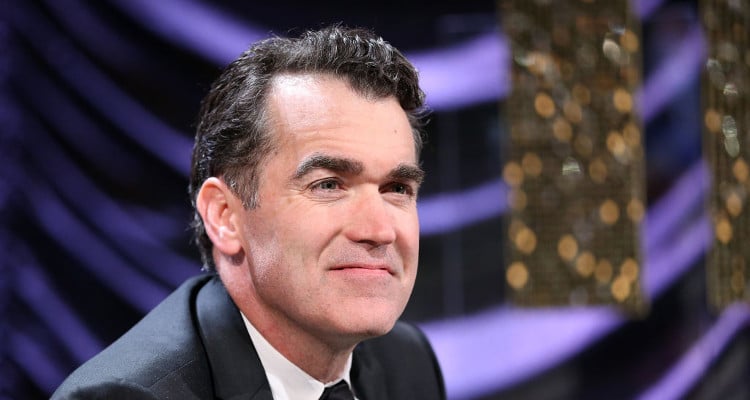 Brian d’Arcy James plays Hannah’s father, Andy Baker in the hit Netflix series, 13 Reasons Why. James has been giving fantastic performances in theater, films, and TV shows over the years, but his role in 13 Reasons Why has put him on the map.

13 Reasons Why has become a phenomenon with audiences all over the world tuning into the Netflix show. It has earned tremendous acclaim for its subject matter, and the performances of its mostly young cast. Though, the young actors are not the only ones receiving accolades, as even the adults have been praised for adding dimension to their characters! One of them is actor Brian d’Arcy James, who plays Hannah Baker’s dad in 13 Reasons Why. Brian d’Arcy James’ 13 Reasons Why character is a grieving father, whose daughter has recently committed suicide. It is a very tough role to play, but James brought just the right amount of pathos and dignity to the role of Andy Baker. Want to know more about him? We have some details from Brian d’Arcy James’ wiki right here.

A Veteran of Theater Productions

Brian d’Arcy James is an actor and musician, who was born on June 29, 1968 in Saginaw, Michigan. That makes James’ age 48. He graduated from Northwestern University’s School of Communication and had since had a long, fruitful career in theater, film, TV, and music. Some of his noteworthy theater credits include Blood Brothers, Sweet Smell of Success, Titanic, Dirty Rotten Scoundrels, White Christmas, Apple Tree, Shrek the Musical, Macbeth, and Hamilton, where he plays the important role of King George III. Brian d’Arcy James‘ Hamilton performance earned him a nomination for a Lucille Lortel Award for Outstanding Featured Actor in a Musical. In 2009, Brian d’Arcy James’ Shrek performance was nominated for a Tony Award for Best Actor in a Musical.

Also Read: Justin Prentice Wiki: 5 Facts to Know about Bryce from “13 Reasons Why”

James’ height is 5’7″, and he has three siblings named Andrew, Anne, and Kate. James’ wife is Jennifer Prescott, whom he met while they performed in a Lincoln Center production together. They have a daughter named Grace.

Brian d’Arcy James’ films include Ghost Town, Friends with Kids, Admission, Time Out of Mind, Spotlight, and Sisters. Spotlight, in particular, was a very important and creatively satisfying movie for James, in which he played Matt Carroll, an investigative reporter trying to find details of priests in Boston sexually abusing children. Now, 2017 is promising to be a good year for James, as he has three new movies lined up for release: Rebel in the Rye, Felt, and Molly’s Game. James’ TV credits include The Education of Max Bickford, Smash, Law & Order: Special Victims Unit, Mozart in the Jungle, and of course, 13 Reasons Why.

Also Read: Ross Butler Wiki: 5 Facts to Know about Zach from “13 Reasons Why”

Brian d’Arcy James is a musician as well, having contributed to albums such as Something Rotten, Shrek the Musical, White Christmas, Titanic, Far from the Madding Crowd, The Civil War, and Carousel. His role as Andy Baker has put James under the spotlight and it looks like he is now being recognized as a consummate actor, who can do justice to a wide variety of roles. It looks like James has reached a new level in his career with his heart-rending performance in 13 Reasons Why.