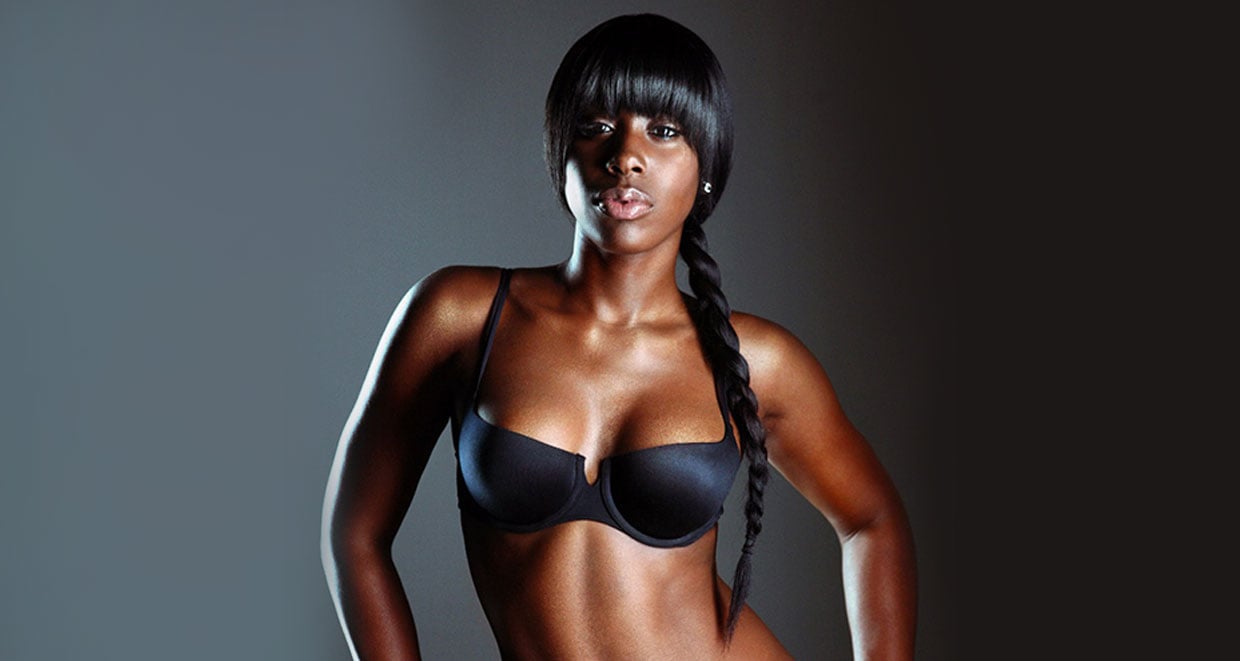 Model and actress Bria Myles is famous for being mentioned in rapper Drake’s songs, “Bria’s Interlude” and “From Time.” Naturally, people are curious to know more about the girl who stole people’s attention—and Drake’s—with her “assets” and moves.

Bria Myles has carved a path for herself in the modeling industry thanks to her incredible hourglass figure. She has gained a lot of followers on social media and a lot of them and as she becomes more popular online, people are taking notice her. Was she really Drake’s ex-girlfriend? Has she had any work done? We’ve got those answers and more in our Bria Myles wiki.

The Instagram star who has been turning heads was born on May 16, 1984, which makes her age. She was born in Los Angeles, California, where she currently lives today. Myles is of Trinidadian and Guyanese descent and she stands at 5’6”.

And Myles isn’t all beauty, no brains. She made sure to complete her education and then venture into the modeling world. She graduated from San Diego High School and then attended San Diego State University.

What makes her even sexier? She is multilingual! Myles is fluent in Spanish, French, and English. She’s also self-sufficient. In 2010, Myles bought a car for herself and has since been growing her fanbase for her work in modeling.

Who Is Bria Myles Dating Now?

In an interview, Myles revealed that she had sex for the first time when she was 16 years old.

In the past, there were rumors that Myles was in a relationship with rapper Drake. While none of them confirmed their relationship, Drake’s song, “Bria’s Interlude” is allegedly a tribute to Myles.

Talking about the song, Drake said, “I was smitten over this girl from L.A. and I started writing a song about her.”

Drake further added, “A lot of the R&B [I do] is really based off women that come into my life and inspire me to speak to them in song and say what I never would expose on just a talking level.”

But in an interview, Myles revealed that even though it ended between her and Drake, they had a good relationship. She added that they are cordial to each other now. 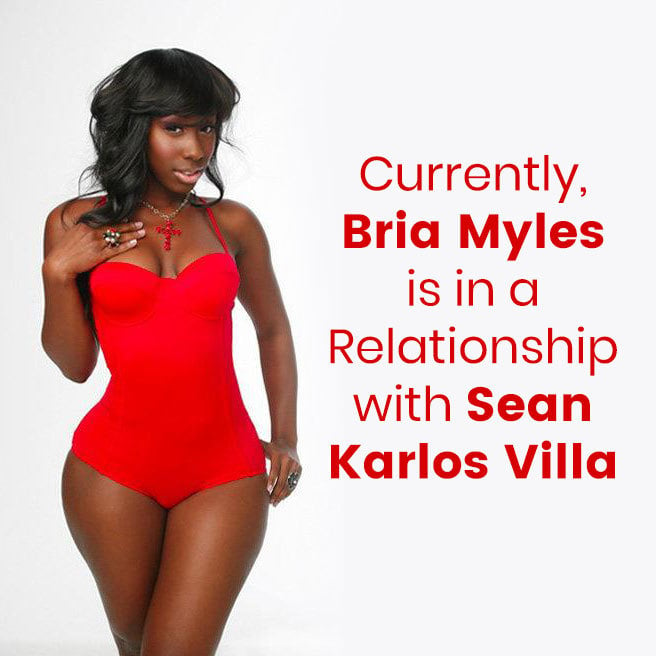 Currently, Myles is in a relationship with Sean Karlos Villa. He is from Cali, Colombia and is a former model at Louis Vuitton. In 2014, Myles met Villa and they started dating that year. 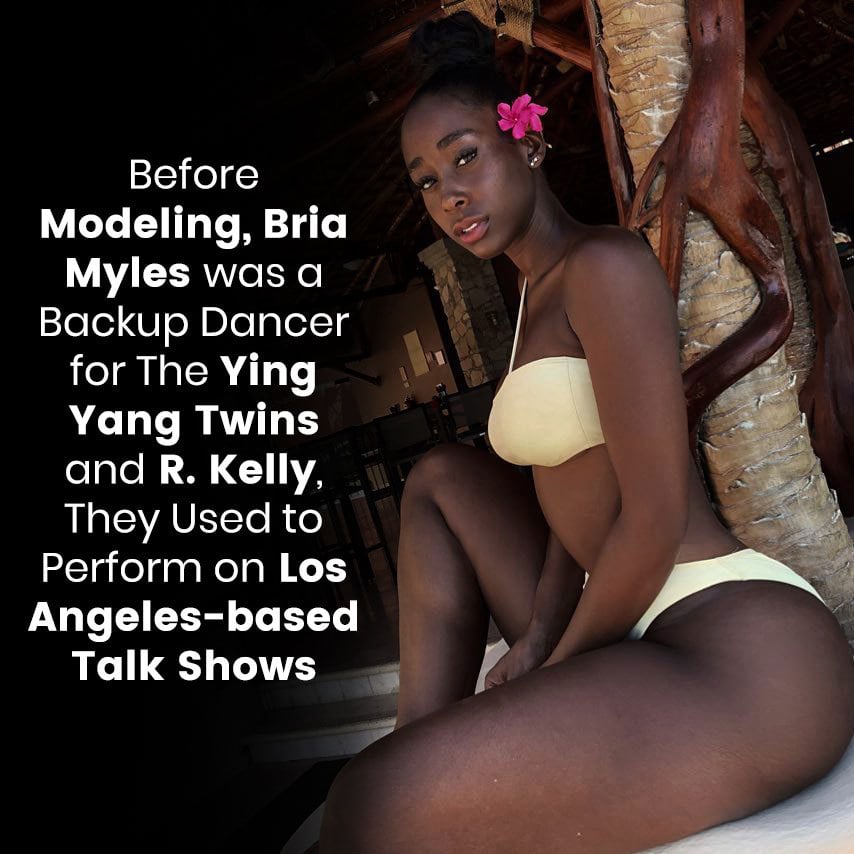 Before Myles started her career in modeling, she was a back-up dancer for the Ying Yang Twins and R. Kelly, when they used to perform on Los Angeles-based talk shows.

Myles’ sky-rocketing career began in 2007 when she appeared in the music video for “Brand New” by Rhymefest and Kanye West. Of course, after her debut appearance, the world wanted more of her and her curves! That’s when she began to turn heads and more people wanted to work with her.

Myles was the lead in the video for the song “Ghetto Dreams” by Common and Nas, which was released in 2011. She has made other appearances in videos such as “Girl Tonight” by Twista Ft. Trey Songz, “Friday Night” by Field Mob, “Can I Have It Like That” by Pharell Ft. Gwen Stefani, and many more.

Today, Myles has a huge followers list of 1.5 million on Instagram. Additionally, she’s been featured in several magazines. She even graced the cover of the Winter 2012 issue of KING magazine. 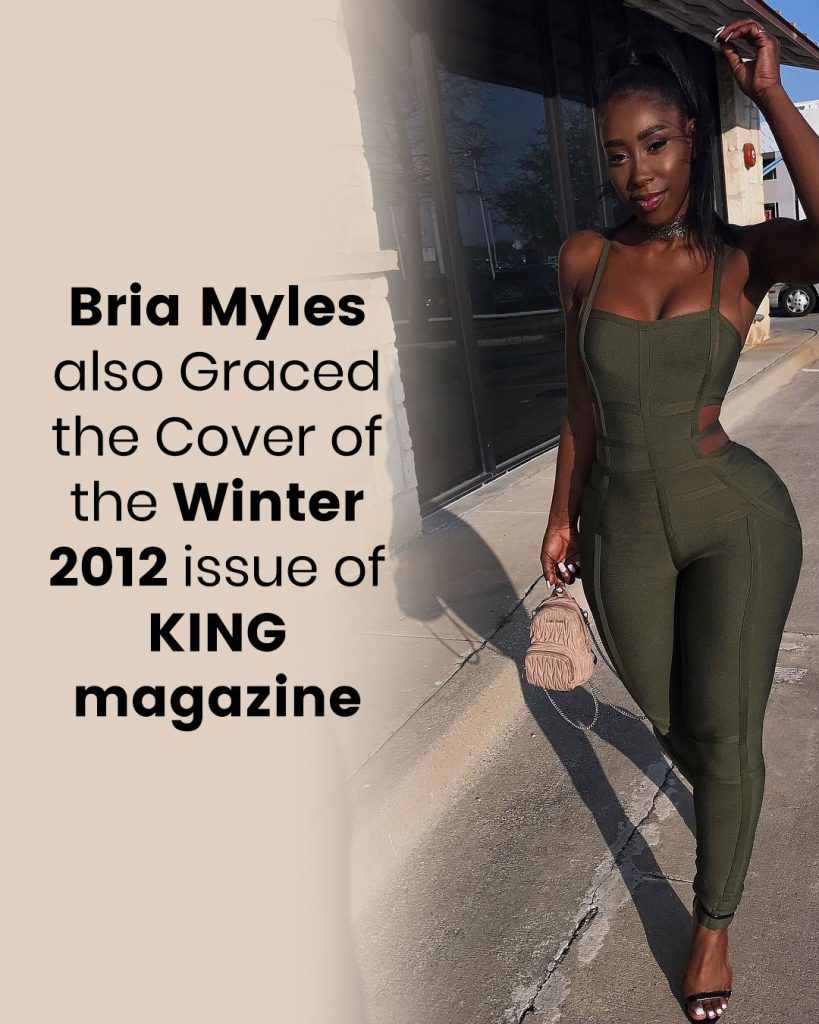 Her official Bria Myles Instagram page boasts a ton of photos and videos of herself in all her “booty-ful” glory! She is definitely a twerk queen as can be seen in most of her videos. Most recently, Myles appeared in King Bach’s video, which was posted in January.

In the video, she plays the role of King Bach’s girlfriend, who suspects that her boyfriend is cheating on her.

With the help of her popularity and career, Myles bought a house for herself in 2012. It looks like she’s also trying to get into the music industry, as her Facebook suggests that she is a MUSIC GURU.

Bria Myles on Her Surgery

Last year in an interview with Hood Affairs, Myles cleared up a lot of rumors and questions that her fans had for her.

Since she is so good at twerking, many people thought Myles had butt-surgery done to enhance it. But that’s not the case! In fact, she admitted that the only thing fake about her body is her breasts. She explained that she got the smallest size and that she only got the surgery done because she wanted the extra lift.

Myles explained that she wants to inspire people to stay healthy and maintain their body. She doesn’t claim to be a fitness guru, but she walks and stays active in order to maintain the look of her body.

That’s the norm she follows. In the future, she wants to become a motivational speaker and connect to her followers. With all the buzz surrounding her, she might just be on her way to doing so!