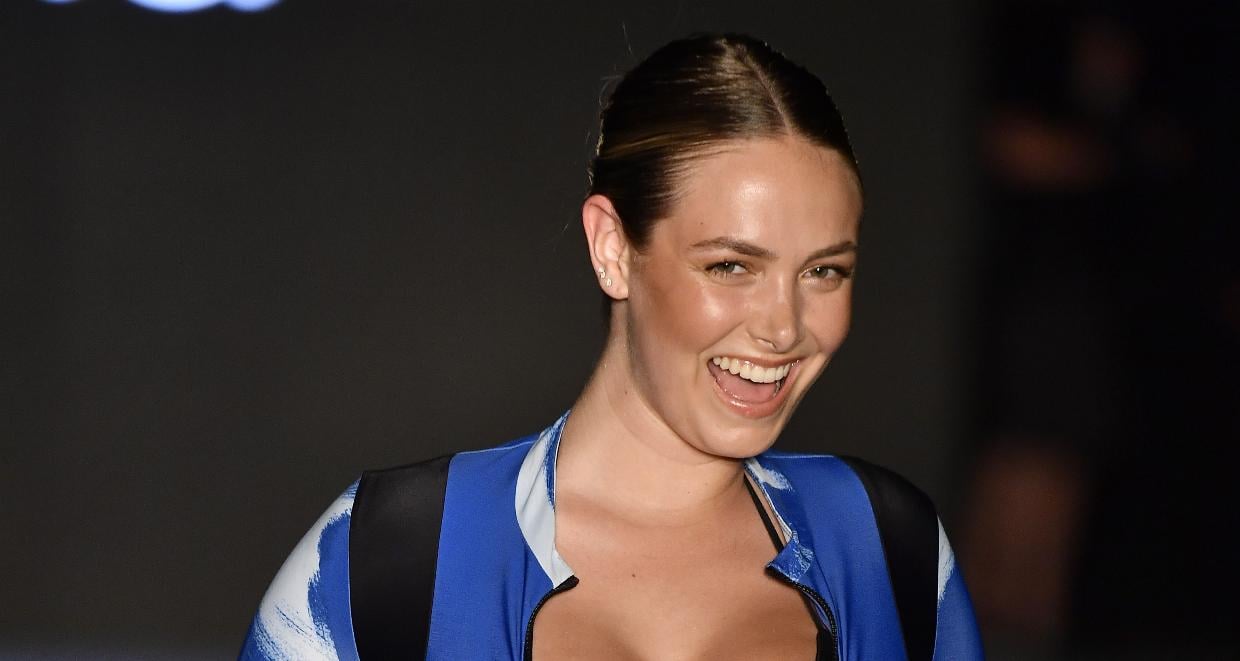 From a very young age, Raine Michaels had decided to become a model and work in the entertainment industry. However, she’s not new to the spotlight and cameras. After all, her father is Bret Michaels, the frontman of the famous glam metal band, Poison, and her mother had been a model. She had to wait until she was 18 to pursue her career, and now, she has wowed everyone with a sexy shoot for Sports Illustrated. With freshness, optimism, and doting parents on her side, Raine Michaels is all set for a great career.

Raine Michaels, age 18, is rocking the runway. And why not?

After all, she is Bret Michaels’ daughter, a man who knows a thing or two about being onstage in front of lots of people.

Bret Michaels is an American singer-songwriter and musician who became famous as the lead singer of the glam metal band, Poison.

As a member of Poison, Michaels has sold more than 40 million records worldwide, including 15 million in the United States alone.

Raine Michaels is his oldest daughter. And after years of being in the shadow of her father and mother, Raine is all set to make a name for herself with hard work and determination.

She Was among the Very Few Selected

Raine Michaels is in the news thanks to her recent appearance in the Sports Illustrated Swimsuit show held in Miami, Florida. She is an aspiring model and caught everybody’s eye as she walked confidently on the runway.

Michaels had recently graduated from high school and was chosen out of 25,000 hopeful candidates, who were all aspiring to get their picture on the pages of the iconic magazine.

Michaels was one of the lucky ones who made it through and had “the experience” of a lifetime participating in the show.

When asked how she felt strutting on the runway, Michaels said, “It was incredible, that’s all I can say. It was one of the best experiences I’ve ever had in my life. The whole week was just amazing.”

Her Dream Has Come True

When she appeared in Sports Illustrated, it was like a dream come true for Michaels, as she had always wanted to be involved with the magazine.

Raine Michaels Wanted to Be a Model from Childhood

Raine Michaels’ mother, Kristi Lynn Gibson, used to be a model, so Michaels grew up wanting to be one herself. She wanted to be in the glamour industry, so she signed on to an agency when she was just 16 years old but did little work as she was still too young.

Michaels thought that her body was fit for modeling for lingerie. But due to her young age, her parents wouldn’t allow her to do it.

Michaels had already made up her mind to be a model and work in the entertainment industry. So when she turned 18 years old, she went out to get the elusive big break everybody prays for.

When she got the Sports Illustrated gig, she knew she had gotten it! With Raine Michaels’ height of five-foot-nine and stunning beauty, she can pretty much model for anything she wants to.

Michaels parents are really proud of her and are supporting her in her career, even though they are separated.

Bret Michaels and Kristi Gibson have had an on-again, off-again relationship for over 16 years. They had two daughters together named Raine Michaels, who was born on May 20, 2000, and Jorja Bleu Michaels, born on May 5, 2005. 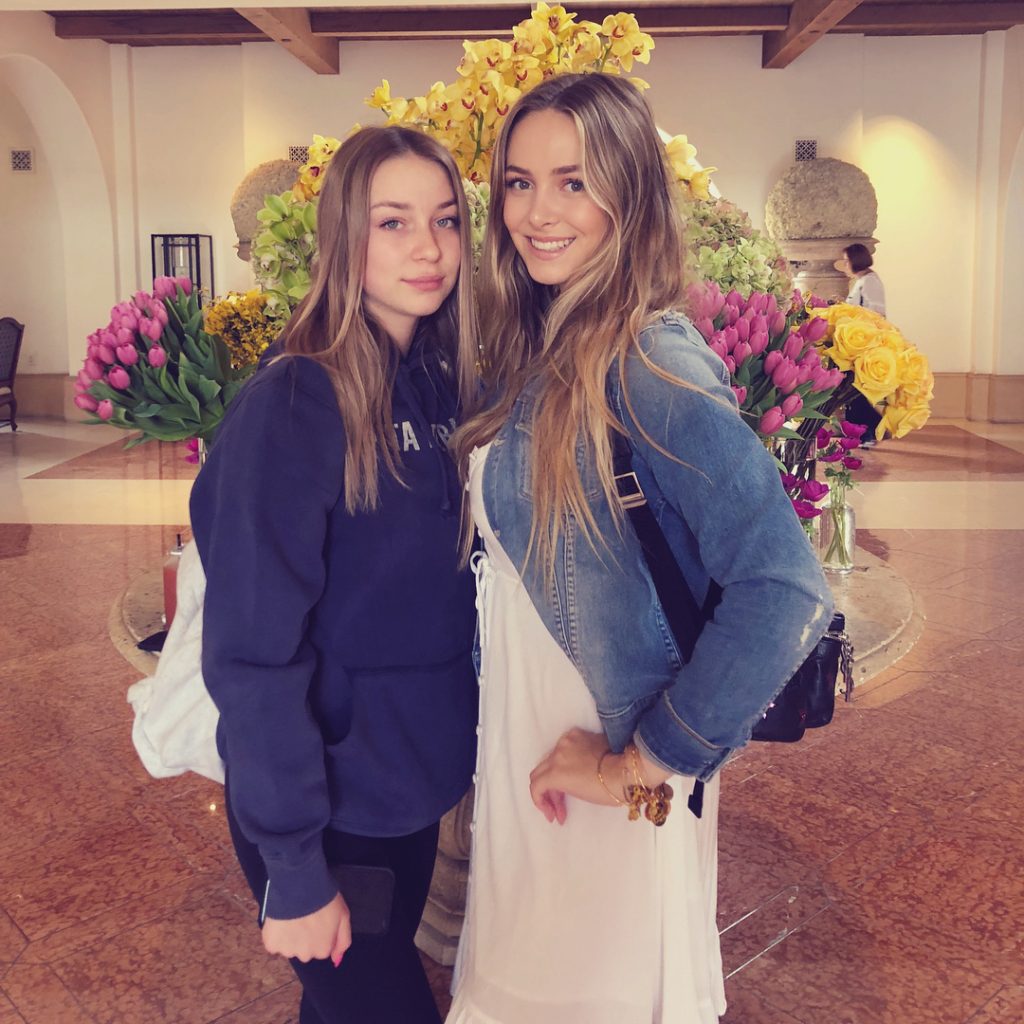 In July 2012, Bret Michaels announced that he and Gibson had separated, but both made efforts to spend as much time as possible with their children.

It sure looks like all their hard work paid off. Raine Michaels is all grown up and ready to make several tough decisions in her life.

Being a Rock Star’s Daughter Had It’s Advantages

Michaels remembers how it was to grow up around her rock star father. It was easy to go to a concert and actually meet famous bands like Lynyrd Skynyrd, which most kids could only dream of doing.

The Poison frontman did try hard to be a regular dad and would take his daughters to the beach, hang out with them, and play with them in the front yard.

Michaels says that her father was pretty cool when it came to her having boyfriends. He accepted it as part of her growing up, but right now he was delighted because she is single.

Raine Michaels Had Diabetes Since Childhood

It wasn’t always good times within the Michaels family as Bret Michaels was a diabetic. He had to take his insulin shots regularly, no matter how busy he was in his career singing and touring all over the country and abroad.

He was disturbed when little Raine was diagnosed with “prediabetes” (borderline diabetes). She was afraid of taking insulin shots because Michaels had grown up watching her father suffer from type 1 diabetes and injecting insulin into his arm.

Bret Michaels would take his daughter to the Phoenix Children’s Hospital for treatment and meet other diabetic kids.

She had to eat low-carb, low-sugar foods to keep her sugar levels low. Her parents put her on a diet of salads, vegetables, and lean meat.

Fortunately, all these efforts paid off. Raine Michaels doesn’t have a problem anymore although she does have to go easy with the sweet stuff.

She Has Faced the Cameras Confidently All Along

While Raine Michaels may be a bit fresh as a model, she has faced the camera several times in her childhood and teenage years.

This year will see Raine appear in the TV movie, The Last Sharknado: It’s About Time, which is currently in post-production.

Given her good looks, confidence, encouragement from her celebrity parents, and her own ambition and determination to succeed, Raine Michaels looks all set to have a really exciting and fun career in the entertainment industry.