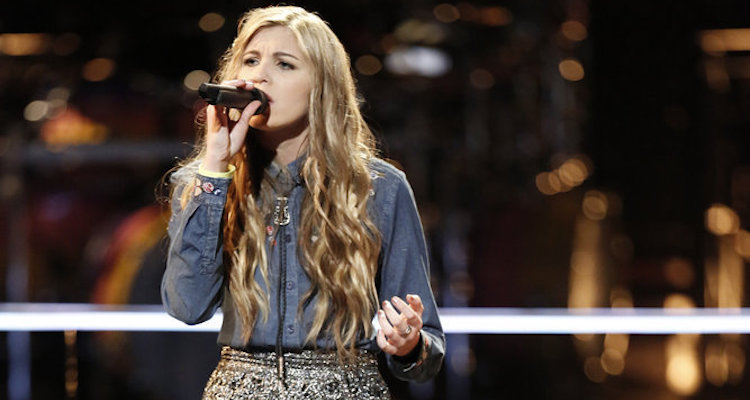 Things are heating up on The Voice and the Road to Live Shows episodes are airing this week! Season 12 of the show is looking to be a promising one and each remaining contestant is gaining their very own fan base. So, if you’re interested in all of Brennley Brown’s social media accounts, then look no further.

Brennley Brown’s Instagram username is “brennleybrown” and she has over 10k followers already! The 15-year-old country singer has already made quite the name for herself since her time on the show, and now she has a loyal following. Originally on Team Blake, Brown was saved from elimination and was stolen by Team Gwen, which means she gets to stick around, along with those Grammy-worthy performances.

I can’t believe that actually happened!! Grateful to God for this opportunity to sing on @nbcthevoice stage and share my heart and soul with all of you. It’s up to you now America! I couldn’t have done it without you guys! THANK YOU SO MUCH! #voiceknockouts #thevoice #thevoicenbc #teamgwen #teambrennleythevoice #teambrennley #voteteambrennley #liveshows @nbcthevoice @gwenstefani

Brennley Brown’s Facebook username is “Brennley Brown Music” and it’s a good place send her a message or see what she’s doing on the show. Brown was born to be a singer and being on The Voice only helps expand her reach and talent. Like every other contestant on The Voice, social media is mainly used to interact with the fans and to promote their amazing performances on the show.

Brennley Brown’s Twitter username is “BrennleyBrown” and it’s the place to be if you want to reach the rising star in real time. All of her fans shower her with their praises and, believe it or not, she replies back! Brown takes the time to show love and appreciation to her loyal followers and always finds time in her busy schedule to make someone’s day special. Many of the comments have been about the live shows coming up and how Brown is their favorite singer on the show. If that doesn’t motivate someone, then we don’t know what will!

@aaliyahrosemusic my amazing knockout partner and @kidquizz my new team mate on #teamgwen!! Even though we all sing different genres of music one thing we all have in common is we all love the amazing @gwenstefani ????????✌️ #thevoice #thevoiceseason12 #thevoice2017 #thevoicenbc #thevoicenbc #singers #music #teamgwen @nbcthevoice

Brennley Brown’s Snapchat username is unavailable at this time, but she does have a YouTube account under her own name and it has all sorts of videos of her many performances. It’s a great chance for fans to follow her journey on The Voice. Brown has already won the Knockouts against Aliyah Rose and many agreed that Stefani made the right choice. Brennley Brown has come a long way and after being switched from one team to another, she has only gotten better. We can’t wait to see what Brown does next to blow us away during the live shows.

Don’t forget to watch The Voice on Mondays and Tuesdays at 8:00 p.m. EST on NBC!