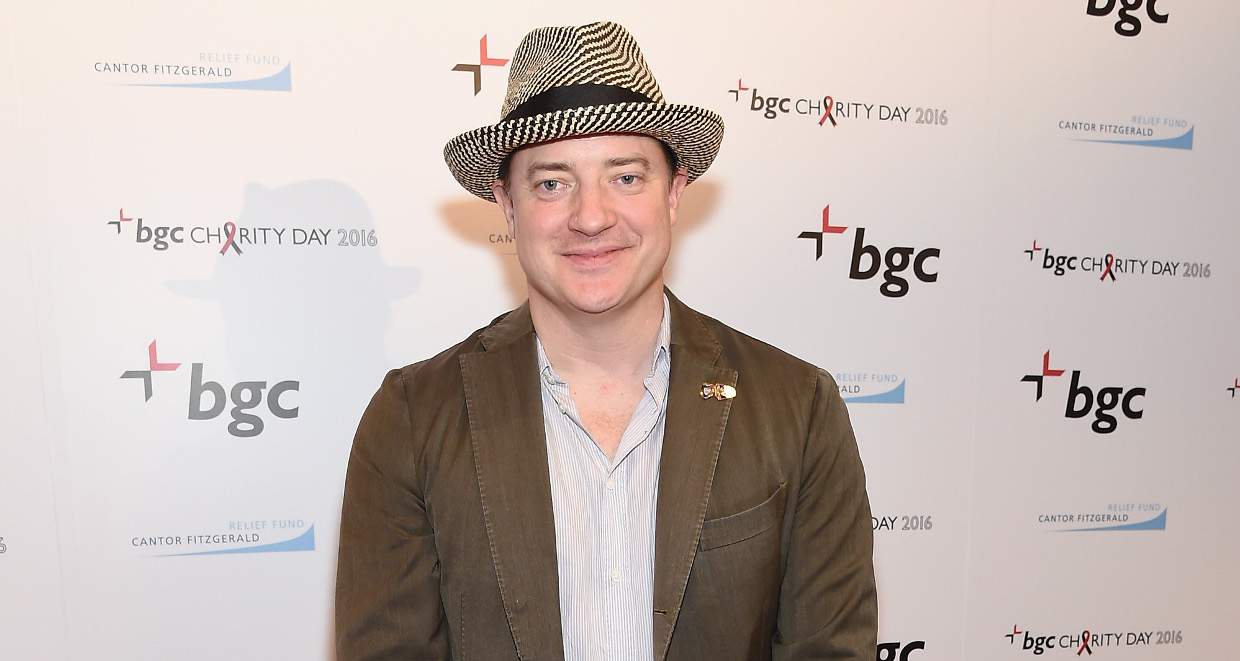 Brendan Fraser spoke out about being sexually assaulted in the wake of the #MeToo movement. The once magnificent actor (who had the looks of a Greek god) lives on the sidelines of fame and stardom today which prompts many to ask what happened to Brendan Fraser.

Now, with recent revelations about possibly being sexually assaulted by president of the HFPA (Hollywood Foreign Press Association) in 2003, all eyes are on back on Fraser. And the Internet is not being nice about it, either! People unaware of the story may be wondering why sad Brendan Fraser memes have taken over the Internet today, and we have the scoop.

In Brendan Fraser’s interview with GQ, he spoke for the first time about being sexually assaulted by a former HFPA president in 2003. He claims that Philip Berk groped his behind, and that he was shaken to his core after the incident.

Fraser rarely attended the Golden Globes after the 2003 incident, reportedly because the invites stopped pouring in.

Before the story broke, the Internet was having a field day with Brendan Fraser memes, and we have some of them here.

Also Read: Brendan Fraser’s Net Worth in 2018: What Happened to the ‘90s Movie Hunk?

#1. Rue the Day He Opted out of Movies

Just when fans were sick of wondering the reason behind Brendan Fraser vanishing from the face of this Earth, he came out with the reason.

Philip Berk is the man Fraser feels is responsible for his derailed career. But the former president of the Golden Globes host company has denied all allegations, saying Fraser “fabricated” the story, and that the HFPA is not responsible for the downfall of his career.

Fraser recalled the day at an event when Berk allegedly groped him, saying that the former president reached out to shake Fraser’s hand, but reached for his butt instead.

“His left hand reaches around, grabs my ass cheek, and one of his fingers touches me in the taint. And he starts moving it around.”

Fraser also said that he found it very disturbing and didn’t know what to do. He was reeling from the shock of the incident, so he immediately left the event and went home.

After Fraser went home, he spoke to his then-wife, Afton Smith about the incident. However, he couldn’t muster up the courage to come out with it to the public. At least not until now.

Fraser claims that he became depressed afterwards. He began blaming himself for the things that happened, and believed that he deserved what he got.

#4. Fraser Will Always Be a Hunk in Our Minds!

Fraser said he felt like something was taken away from him. Many in the industry who experienced similar incidents expressed related feelings.

When the actor watched the courageous men and women come forward with their sexual misconduct stories, he felt brave enough to do the same. It light of the #MeToo movement, Fraser has finally felt confident enough to come forward tell his story.

After the incident, there was no respite to the troubles in Fraser’s life.

Despite their nine years of marriage, Fraser and Smith divorced in 2009. According to court documents, the actor had to pay Smith $50,000 per month in alimony. Though he requested lower child support and alimony payments, Smith accused him of concealing his money from her.

The financial battle was fought long and hard. Fraser even had a legal battle with filmmaker Todd Moyer after the latter accused him of physical assault.

Fraser denied his ex-wife’s accusations, saying that he had medical issues and was not getting the same amount of work, which substantially reduced his fortune.

The actor’s current net worth is estimated at around $20.0 million.

He is currently working on two films, Behind the Curtain of Night and The Field, which are both in post-production and scheduled to be released in 2018. He will also appear in the upcoming FX series Trust, which premiers in March.

Now that Brendan Fraser has revealed the secret he was carrying for so long, we hope that he can make a comeback.