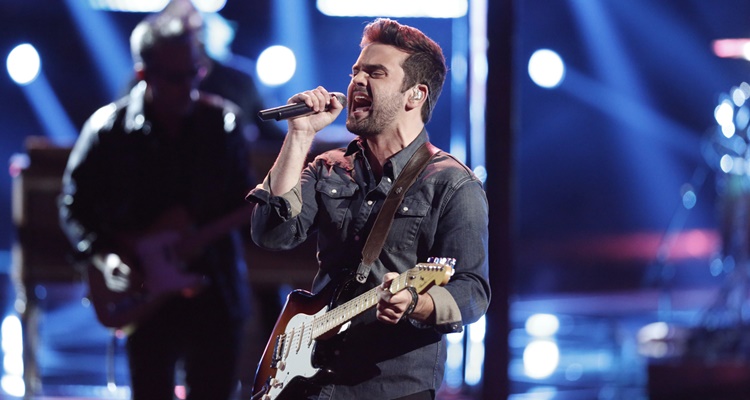 The hit reality singing competition The Voice is currently on its 11th season with so many amazing participants. One of them is Brendan Fletcher, who amazed the audience and judges with his impeccable performance on Monday night. Find out more about Brendan Fletcher’s wiki here.

Brendan Fletcher is one of the most talented contestants on The Voice, has impressed all the judges since day one, and is a serious contender to win the show with his wealth of support from not just his fans but also the judges.

If you missed out on Monday’s (November 15) episode of The Voice, then you have definitely missed out on something spectacular. Fletcher awed the judges and the audience alike by singing a classic of the Allman Brothers, “Whipping Post.”

Fletcher’s Place of Birth And Childhood

Brendan Fletcher was born in Randolph, New Jersey. Brendan Fletcher’s age is 26, and he resides in Brooklyn, New York. He became interested in singing at a very young age. When he was 12 years old, he started his own band with his older brother. His singing career took off with his first band, “Structured Chaos.”

To further pursue his singing career, Fletcher started performing every night he was not working. Later on, he moved to Brooklyn to take advantage of more opportunities in the field of music. Even though Fletcher is passionate about music and singing, he is also working as a bartender in Greenwich village to pay his bills.

Fletcher and his brother started another band and recently came back from an East Coast tour, which both of them booked and funded all by themselves.

During his blind audition, Fletcher mesmerized each coach with his voice. All four of them wanted him to join their team, however, he ended up selecting Adam Levine. When asked about his choice of coach, Fletcher said, “Once Adam said something like, ‘Your voice may not be the most technically rich, but I think it affects people in a positive way,’ he definitely charmed me into picking him.”

Fletcher feels lucky to have Adam Levine as his coach, because Levine not only appreciates Fletcher’s efforts but also motivates him to do better. However, before the blind audition, Fletcher had a different coach in mind. His initial game plan was to go with anybody who turns around. Should more than one coach turn their chair, Fletcher was leaning towards Blake Shelton.

The irony is that Blake Shelton is the only coach who did not fight for him.

Brendan Fletcher’s Songs on The Voice

Now that only 12 contestants are left on the show, let us take a look at all the songs performed by Brendan Fletcher, which got him this far on the show. Fletcher’s notable performances were of “Jolene,” “Home,” “Soulshine,” “To Love Somebody,” and “Whipping Post.”

Brendan Fletcher has a lot of potential to win the show, if he stays determined and works hard to win the votes of audience and the judges. Let us know your The Voice favorites in the comments section below.