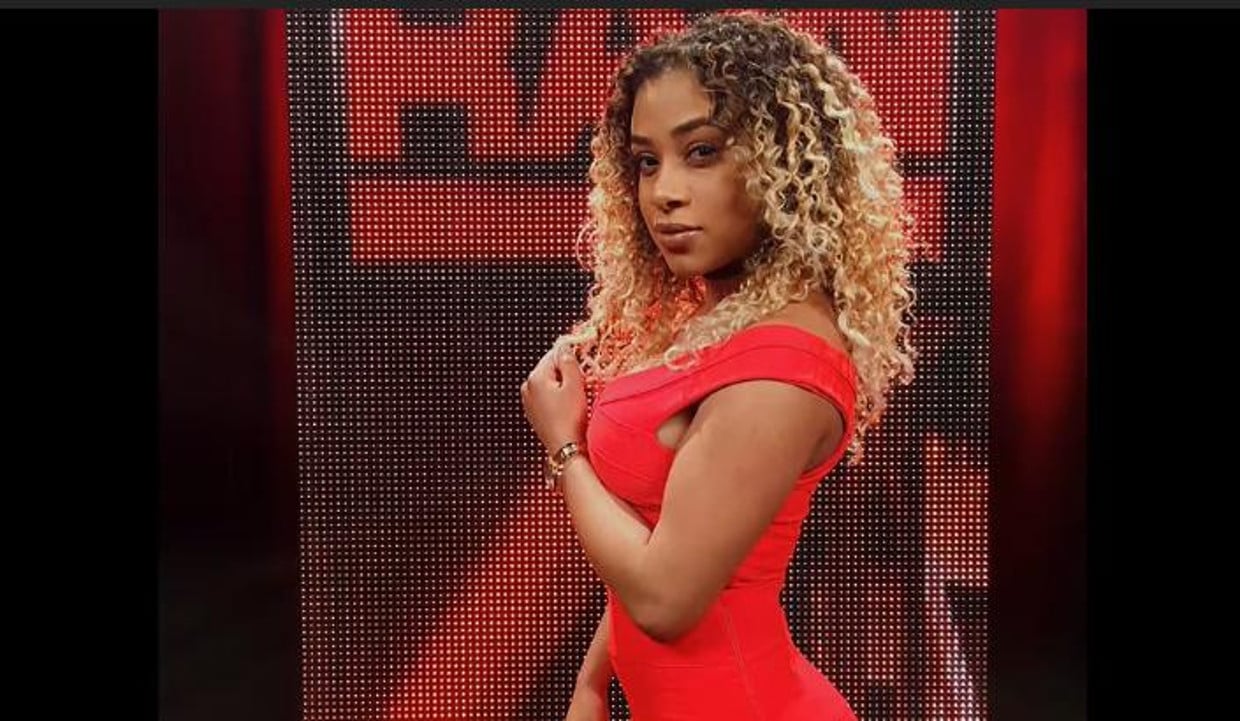 Bray Wyatt needs to sort out his priorities! News broke out that instead of paying his ex-wife, Samantha Rotund, spousal and child support, he’s blowing all that money on his bae, JoJo Offerman. Bray Wyatt’s girlfriend, who was allegedly his mistress before the divorce, is enjoying every bit of the attention. Keep reading to know more about JoJo Offerman’s affair with Bray Wyatt.

There are a lot of things that go behind making a WWE fight successful, and one of them is publicity. As they say, there’s no such thing as bad publicity! But in fighters Bray Wyatt and JoJo Offerman’s case, their personal life is what keeps them in the spotlight.

Find out more about the lucky girl in Bray Wyatt’s life with details from JoJo Offerman’s wiki.

Joseanne “JoJo” Offerman’s age is 23, as she her birthday is Mach 10, 1994. The singer/wrestler was born and raised in Toluca Lake, California, and she doesn’t fail to bring that charm with her to all her fights.

Offerman comes from two very rich backgrounds: Dominican and Mexican. She was born to Alexie and Jose Offerman, an accomplished baseball player.

Jose Offerman was a force to be reckoned with throughout the 1990s. He played middle infield for the Los Angeles Dodgers and was also on the All-Star team. By the late ‘90s, he played with the Boston Red Sox too.

The MLB player assaulted another player on the mound with his bat, for which he was charged in 2007.

The WWE was probably not the first career choice for talented singer JoJo Offerman. Did you know that she was in a girl band called Lil Miss beforehand?

While in school, she took part in many activities, including track events for which she earned many awards. She graduated from John Burroughs High School in 2012, and at the age of 18, was already looking at a glittering WWE career.

Not only did this 5’2″ wonder wow fans with her ring announcement style, but she also got their hopes up about her fighting career.

It didn’t take long for a TV show to come calling. E! approached Offerman in 2013 to be a part of the hit show, Total Divas. She was all of 19 when at the time.

In June that year, Offerman signed her main WWE event, and her debut entrance was as unique as she is. She came on stage singing, “Somebody Call My Momma” with the Funckadactyls, making her presence all the more important.

JoJo Offerman received her first in-ring victory when she took on Tamina Snuka in a RAW rematch. She was also on the winning Total Diva’s team who crushed the True Divas in the Survivor Series tag-team elimination match.

From being the ring announcer for NXT to making it to the main announcing roster on SmackDown and Main Event, Offerman has come a long way. And, she’s only 23!

JoJo Offerman was linked with fellow wrestler Jake Carter in 2013. It looked like she was really into him up until late 2016. But their relationship fizzled out, and she began to focus on her fights again.

Now, Offerman is reported to be dating Bray Wyatt of Sister Abigail fame, who divorced his wife after she claimed he cheated on her with Offerman.

Samantha Rotund accused Wyatt of spending more than $10,000 on strippers and diamonds for his alleged mistress.

The wrestler has been paying $6,000 for maintenance, less than half of the proposed $15,000 as per their divorce settlement.

Wyatt refuses to pay any more than what he is paying now. This is why Rotund has a problem with him allegedly splurging thousands on Offerman.

JoJo Offerman’s Instagram account now only features solo pictures, along with some of her family, compared to her previous posts with Jake Carter.