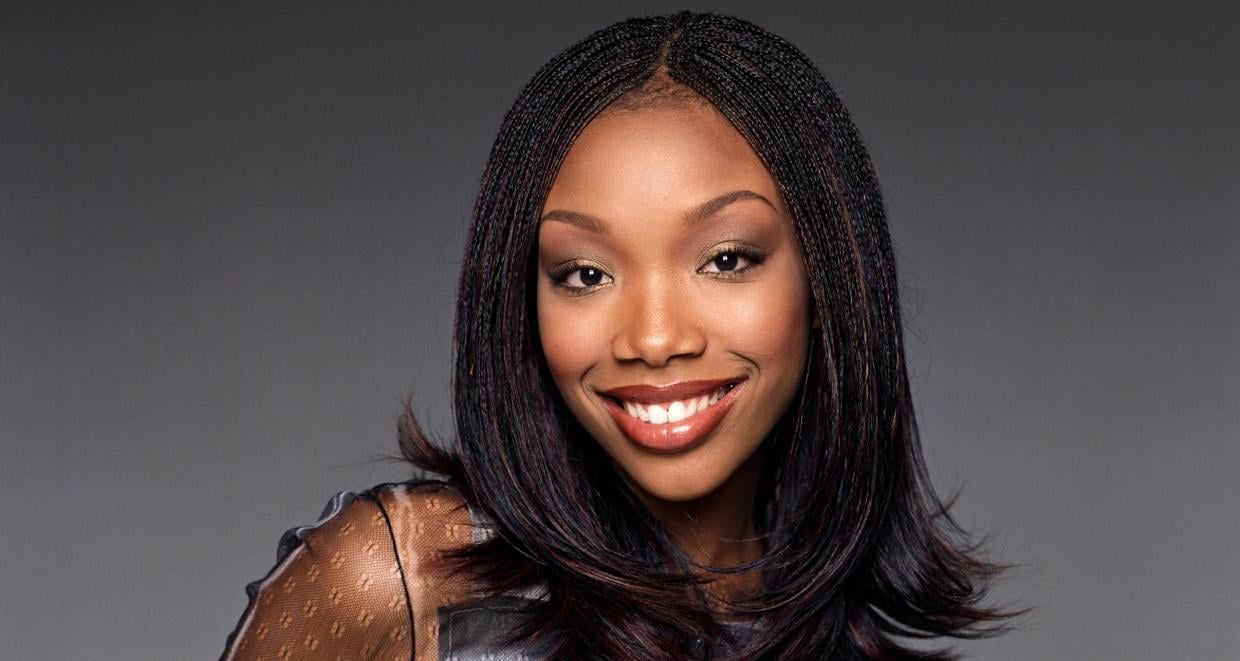 Brandy Rayana Norwood rose from her humble beginnings to become Brandy, a pop icon in the ‘90s and now a multi-hyphenate role model to rising artists. With a successful music career like hers, it’s no surprise that Brandy Norwood’s net worth in 2020 is estimated at $12.0 million. With her entertainment career beginning in her teens, she has since being growing her wealth with her showbiz-oriented family.

Brandy Rayana Norwood born February 11, 1979 in Missisippi to Willie Norwood, a gospel singer and choir director, and his wife, Sonja Norwood, a district manager for H&R Block. Her younger brother, Ray J, is a multi-hyphenate entertainer, too. And the Norwood siblings are cousins to Snoop Dogg and Sasha Banks.

The family is certainly inclined towards the entertainment industry.

Brandy, who began singing in her father’s choir at only two years old, attended the Hollywood High Performing Arts Center when her family relocated to Los Angeles.

However, young Brandy found it difficult getting teachers to send her to auditions. So, she began performing in talent shows when she was 11.

Taking the lead on negotiations, Brandy’s parents were able to organize a recording contract with the Atlantic Recording Corporation. Sonja Norwood left her job to manage Brandy’s career full-time. Brandy dropped out of school and was tutored at home.

Brandy credits her family for not letting her become another story of a child artist failing in her later career.

Darryl Williams, the director of A&R at Atlantic, gathered a team of professionals who helped Brandy record her self-titled debut album, which was released in 1994. A commercial hit, the album charted on the Billboard 200, was certified platinum four times, sold over six million copies worldwide, and earned the young artist two Grammy nominations.

Brandy’s second album, Never Say Never, was her biggest success. The song, “The Boy Is Mine,” from her second album, would mark her first No.1 on the Billboard Hot 100. It also won her a Grammy Award.

Brandy has sold over 40 million albums worldwide in her entire career. The following table illustrates her album successes in record sales.

When young Brandy was working on her debut album, she landed her debut role on the short-lived ABC sitcom, Thea, alongside Thea Vidale. The show was cancelled after one season, but Brandy wasn’t upset by it. She wasn’t interested in acting back then and the show’s filming schedule conflicted with her album recording.

But the singer’s brief acting stint led her to her starring as the titular character in Moesha, a UPN show that would become her career breakout. It was cancelled after a successful six seasons that won Brandy the NAACP Image Award for Outstanding Youth Actor/Actress and made her a household name.

Her most iconic role after that was playing the famous fairytale heroine in the 1997 TV film, Cinderella. The movie was Norwood’s first opportunity to work with Whitney Houston, the late music icon and Norwood’s inspiration.

She’d make her big screen debut in I Still Know What You Did Last Summer. The sequel in the blockbuster franchise outperformed the first movie, raking in $16.5 million at the box office. Norwood’s acting earned her fan praise and industry awards.

Brandy went on to work with Diana Ross in Double Platinum, which the two songstresses produced and starred in.

She later moved on to reality TV. Brandy Norwood was a judge on the first season of America’s Got Talent before being replaced by Sharon Osborne. In 2002, the birth of her daughter was documented on a special reality series, Brandy: Special Delivery.

Along with Ray J and their parents, the singer-actress debuted their reality show, Brandy and Ray J: A Family Business on Vh1 in 2010. The family collectively produced the show, which chronicled them running the siblings’ management and production company, R&B Productions.

That same year, Brandy also competed on Dancing with the Stars.

A prolific endorsement model, Brandy has been the face of brands since her career took off with Moesha. At the peak of her career, she was featured in advertising campaigns for Ultima, Covergirl, and DKNY. In fact, Brandy was the first African-American model to sign a CoverGirl contract.

In 1998, the brand Candie’s was represented by the singer-songwriter. Brandy reportedly earned around $5.0 million to endorse and promote a new line of footwear for the 1998 Candie’s campaign and was featured in many of their magazine ads.

Brandy was also the face of DKNY in the spring of 2000. She appeared in print campaigns for the 2000 collection for DKNY Jeans Junior.

Her growing music and acting career, especially her time working on Cinderella, is chronicled in her first book, Real-Life Cinderella: The Story of Brandy. Her second book, Brandy: An Intimate Look, gives more insight into her family life.

In 1999, Mattel made a Barbie doll in Brandy’s likeness. The success of the first rendition led to a line of more dolls inspired by Brandy, becoming one of Mattel’s bestsellers.

The singer-actress’ commercial appeal adds to her brand value, meaning a lot of businesses seek to have her as their endorser.

“I love being looked at as a person because it’s who I am, but it’s also great to have the people who started with you, and view you as someone they can look up to and conduct business with. From endorsements to…changing the world in that aspect, I think it’s a good thing,” says the Grammy winner.

On December 30, 2006, Brandy was involved in a tragic accident on the 405 Freeway in Los Angeles. A 38-year-old female named Awatef Aboudihaj, driving a Toyota Corolla, was hit by Brandy’s Range Rover.

Because of her injuries, Aboudihaj passed away. And although Brandy was not arrested or charged, several multiple lawsuits were settled outside the court by her attorney.

Aboudihaj’s parents filed a $50.0-million wrongful death lawsuit against the singer, which was settled outside of court.

The other two victims involved in the car crash also demanded money from Brandy. Their cash was also settled outside the court for an undisclosed amount.

In 2016, Brandy filed a lawsuit against Chameleon Entertainment Group and the company’s president, Breyon Prescott.

Brandy claimed that the label refused to let her record and release songs and albums.

Celebrity Net Worth
Morgan Wallen Net Worth: Will the Country Musician’s Wealth be Affected?

Celebrity Net Worth
Grimes Net Worth 2020: How Rich Is Elon Musk’s Girlfriend?

Celebrity Net Worth
Offset Net Worth 2019: How Rich Is Cardi B’s Husband?

Celebrity Net Worth
Juice WRLD Net Worth 2019: How Rich Was the “Lucid Dreams” Rapper at the Time of His Death? 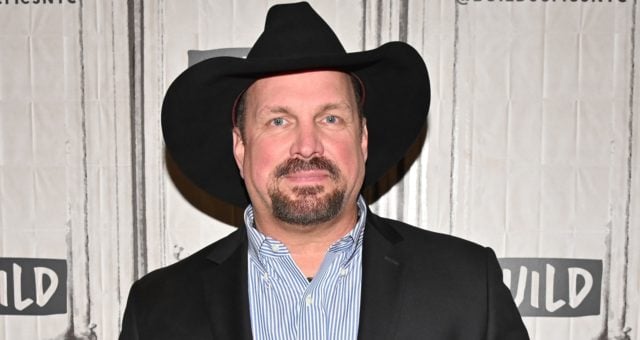 Celebrity Net Worth
Garth Brooks’ Net Worth in 2019: How Rich Is the Country Megastar? 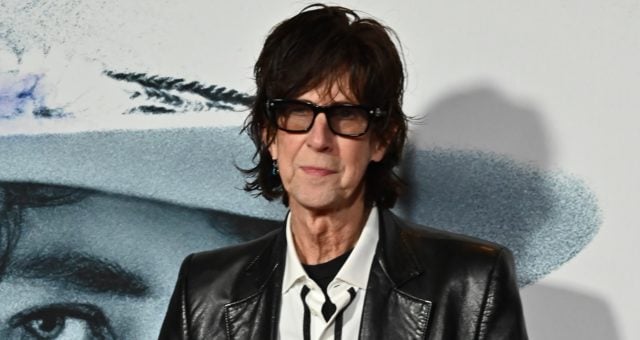 Celebrity Net Worth
Ric Ocasek Net Worth: The Cars Frontman Leaves Behind a Lasting Legacy After Death
Advertisement