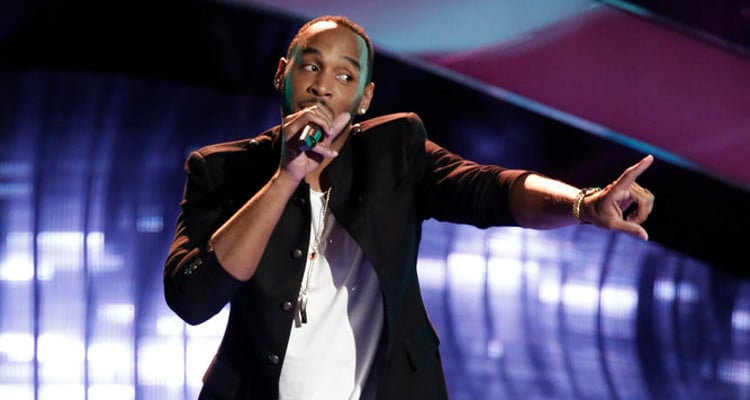 Brandon Royal made an impression on The Voice coaches during his Blind Audition and after winning the Battle Round, Royal is all set to head into the Knockouts as a member of Team Gwen. The firefighter from Orlando is under pressure, but it seems to bring out the best in him.

Coach Alicia Keys put it best when she described Brandon Royal’s performance in the Blind Auditions of The Voice 2017 by saying, “You’ve got courage, you’ve got balls” for singing Stevie Wonder’s “Master Blaster (Jammin’).” Brandon Royal’s The Voice performance impressed all the coaches, despite Gwen Stefani and Blake Shelton being the only two to turn their chairs around. Keep reading for more details from Brandon Royal’s wiki.

Brandon Royal showed his vocal range and talent by hitting the high notes and falsettos beautifully in his Blind Audition. The firefighter/EMT is only 31 and has always had a passion for music. Each of the four coaches commended Royal on his performance, leaving him with the tough job of choosing a coach. Ultimately, he chose to be on Team Gwen over Team Blake.

Also Read: Aaliyah Rose’s Wiki: Who is the 14-Year-Old “The Voice” Contestant?

Their Chemistry is Palpable

Brandon Royal and Davina Leone faced off in the Battle Round singing “In the Night,” by The Weeknd. Both singers gave it their all by adding passion and emotion to the complex song. Their chemistry was so evident that even the coaches commented on it! Gwen Stefani could only choose one singer, and Royal was the winner. However, Lady Luck smiled on Davina Leone as coach Adam Levine stole her onto his team!

Brandon Royal currently lives in Orlando, Florida, and his mother always wanted him to be a singer. He found his love for music when he was recovering from an accident that forced him to be in a body cast for a couple of months. Royal was very involved in music, but later decided to focus on volleyball, which later earned him a college scholarship. He and a college friend formed a duo called Them Island Boyz. Together, they participated in and won the Virgin Islands Idol. Since then, he has moved to Orlando, where he is a firefighter/EMT who still sings in his spare time.

Despite winning singing contests, Royal wasn’t prepared for the kind of pressure that came with The Voice saying, “The Voice is such a grand show. The pressure of The Voice is second to none.” The 31-year-old describes his music as “Island Pop,” as he puts island flair into his music.

Both Brandon Royal’s Instagram and Twitter account shows how passionate he is about music. Royal has become a favorite among The Voice 2017 fans, who continue to show their support over social media. With a rich voice and great stage presence, he is giving the other The Voice contestants a run for their money!