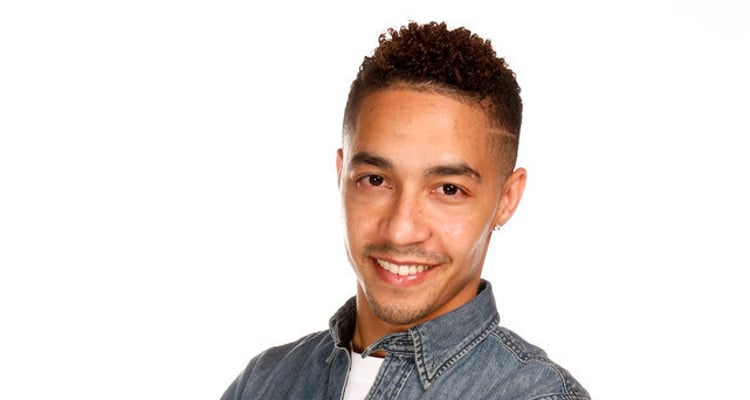 Last night on America’s Got Talent, the show aired an audition that left everyone speechless and emotional. Brandon Rogers, now dubbed “The Singing Doctor” nailed his audition and had Simon Cowell on his feet! However, it was revealed that he passed away tragically before his audition was even aired, causing many to wonder; what happened to Brandon Rogers?

Brandon Rogers lived with his brother, sister, and parents in Portsmouth, Virginia, where he practiced family medicine. In a clip before his audition, he spoke about his dream of combining singing and medicine. He recalled a life-altering incident that made him want to pursue medicine.

When he was six years old, he came home from school to find his mother lying in a pool of her own blood. “We rushed her to the hospital, the doctors were like heroes. They saved her life and it made me want to be the doctor that I am today,” he explained.

#2. How Did Brandon Rogers Die?

According to reports, Rogers and two of his friends were driving back home after a long shift at work. One friend was driving, while Rogers sat in the passenger seat, and his other friend sat in the backseat.

The exhausted driver was falling asleep behind the wheel. According to the Maryland State Police, he drifted to the right side before veering off into a tree. Emergency services responded immediately. The driver and backseat passenger survived. However, Rogers succumbed to his injuries in the hospital the next day, June 11. He was 29 years old. Police say drugs and alcohols were not involved.

Brandon’s brother, Danni Rogers, a dancer and choreographer, broke the news in an emotional Instagram video. His sister, Christian, shared a tribute to her deceased brother on Instagram and thanked everyone for their prayers and condolences.

I can't respond to everyone (too heartbreaking) but I did want to thank EVERYONE for their prayers and condolences. It really does mean so much to me and my family….. I lost my best friend yesterday ?, but to see all the lives he's touched brings joy to my heart.

#3. He Performed with Boyz II Men!

Rogers uploaded videos of his song covers on his YouTube channel. The channel also has a video of his performance with Boyz II Men. It’s not known how they crossed paths, but the R&B group was impressed by his talent. They brought him to perform three nights with them at their Las Vegas show.

The doctor posted a video performing “On Bended Knee” by Boyz II Men on his Instagram. AGT producers saw the video and invited him to audition for the show. After his death, Boyz II Men took to their official Instagram account to express their grief.

Today our hearts are deeply saddened to learn about the sudden death of Dr. Brandon Rogers. A few moths back we brought this young man out to the Mirage Hotel in Las Vegas to perform with us. He was great all 3 nights! Just a genuinely nice person and a really good singer! Gone too young and gone too soon. It hurts to know that the world will never have a chance to witness what his impact on the world could have been as a Doctor and even on the music world. A great spirit and a great voice. Even for the little time we knew you you will be sorely missed. May God Bless, keep and comfort your family in this difficult time.

The Singing Doctor’s AGT audition was scheduled to air in July. However, when news of his death reached the producers, they were undecided on whether or not to air his audition. NBC released a statement sending condolences to the Rogers family. Reports claimed they were consulting the family to decide how to respect his memory with regards to his audition.

AGT decided to air his audition at the request of his family on the episode that aired July 11, a month after his death. He performed a soulful rendition of Stevie Wonder’s classic, “Ribbon in the Sky” that had the entire auditorium on their feet.

Howie Mandel was so impressed, he quipped that Rogers was in the wrong line of work! “You spent so much time going down that medical road, I think it was a waste of time and schooling because you should be a singer. But it’s good to have something to fall back on!” He earned four yeses and was sent through to the next stage. Sadly, we won’t be able to see his future performances.

RIP Brandon Rogers, and thank you for sharing your talent.