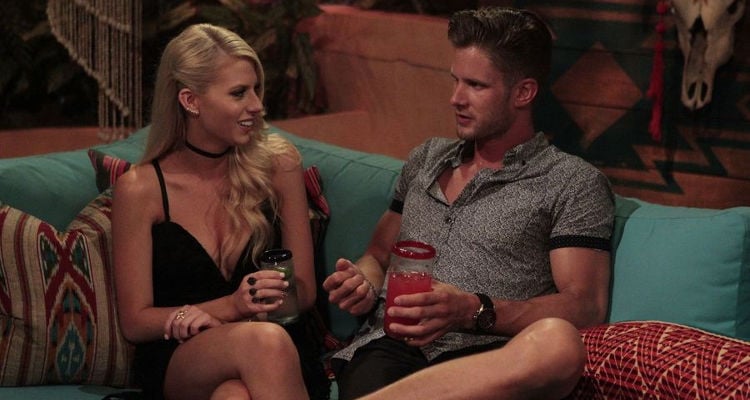 Here are four interesting facts about the former The Bachelorette star:

#5 He Was a Former Contestant on The Bachelorette

Hardly anyone remembers Brandon Andreen as a contestant on The Bachelorette, but he definitely made an appearance (albeit a brief one) as a suitor for bachelorette, Desiree Hartsock, in season 9. Hartsock is currently pregnant with her first child, with The Bachelorette winner Chris Siegried, after getting married last year. How time flies! We hope poor Andreen has better luck this time around!

Who Is Brandon Andreen Of ‘Bachelor in Paradise’ 2016? Does Brandon Find Love In ‘Pa … – https://t.co/LYnGaXyUFV pic.twitter.com/b1Y9WoQITh

#4 He Has a Reputation for Being a Crier

The 26-year old who was a season 9 contestant on The Bachelorette, was let go early on by Desiree Hartsock. Andreen became infamous for being a weeper, and was eliminated after just three weeks in. He got booted out for being super-emotional, as he cried about his mother and her string of boyfriends. His mother’s unsuccessful relationships seem to have made quite an impact on the young man, as he opened up to Hartsock about his abandonment issues, even when they barely knew each other. Naturally, his revelations appeared to freak her out, and she asked him to leave the show.

In spite of being on a reality TV show, Andreen is a private person and chooses to keep his Instagram account (instabram612) quite private. His bio reads that he has “a few good stories” and has only a little over 2,000 followers. It seems like he certainly knows how to distinguish between his public and personal life.

No one really knows who Brandon Andreen is, not even host Chris Harrison, who failed to even recognize the former The Bachelorette contestant. When Andreen made his entrance on last night’s episode, Harrison had to ask him to refresh his memory. ABC reported, “There’s a new arrival in Paradise that no one seems to know. The girls think the new bachelor is cute, but no one, including Chris Harrison, can figure out who he is. He asks out one of the twins, and the two go on a romantic dinner date where the girls plan a prank on him!”

#2 He was Pranked by the Ferguson Twins, Haley and Emily

Identical twins Emily and Haley Ferguson, decided to play a prank on Andreen, after he boasted that he could easily “tell the difference” between the two. He stated, “You guys look the same, but I’m way more interested in you, like right off the bat.” So naturally, the 23-year-old’s decided to put his confidence to test. They played the oldest trick in the book, the old twin-switcheroo! While Haley was on her date with Brandon, she excused herself to use the restroom, at which point the twins switched clothes, and Emily emerged dressed like her sister. Needless to say, Andreen failed miserably. He continued talking to Emily as if she were her sister! He even went so far as to announce proudly on camera that, “It’s a really, really beautiful thing that we have going on right now. It’s all coming together really well.” He even made an attempt at a kiss, to which Emily allowed only one on her cheek. Well, we hate to break your bubble, Brandon, but you failed the twin test! Obviously, Haley was very disappointed in him. A lesson for Brandon: Never mess around with identical twins!

#1 He Has a Criminal Past

We bet you didn’t see this one coming! Well, neither did we. Apparently, Andreen has some skeletons in his closet. He was charged with making a bomb threat at a General Motors plant, in 2005. Allegedly, Andreen used to work as a telemarketer in Minnesota, when he made a prank call to the GM plant in Wisconsin, pretending to be an FBI agent. He scared the worker who answered the phone, by telling him that a briefcase containing a “highly explosive device” was hidden in an elevator shaft. Andreen was charged with felony, after which he struck a plea bargain. The charge was reduced to a misdemeanor, and Andreen had to pay a fine of over $1,000. When asked about it later, he turned defensive saying, “I have no comment… It was all a misunderstanding.” It looks like Desiree may have dodged a bullet with this one!

Check out more interesting coverage on the Bachelor in Paradise here:

“Bachelor in Paradise” Spoilers: Are Carly and Evan Engaged?