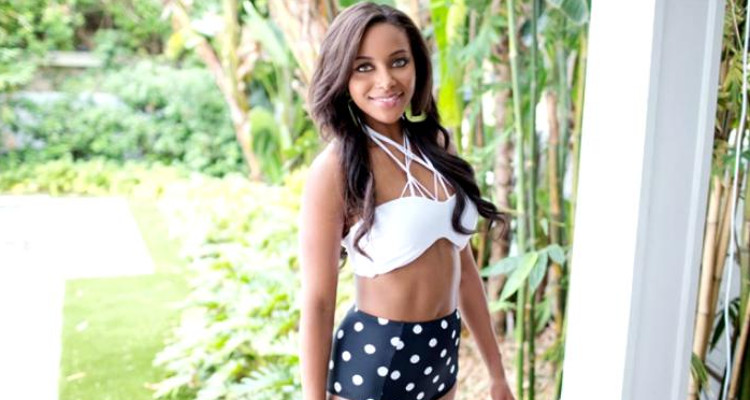 Pro wrestler Brandi Rhodes will be on WAGS Atlanta to make you drool over her luxurious life! With the show’s premiere on E! tonight (January 3), we will make sure you get to know her a little better.

Brandi Rhodes is a queen in the ring, and in her household! She lives the good life, and is ready show off her family, job, and husband on WAGS Atlanta. Take a look at Brandi Rhodes’ wiki to learn more about her.

A Great Start Towards Success

Brandi Rhodes was born in Michigan and grew up in Canton. After taking up figure skating when she was four, she continued to take up the sport competitively for over 15 years.

Gaga over this @shopbluelife one piece I got from @shopplanetblue this weekend! Just need to pick a beach to bring it to! ? . . . . http://liketk.it/2tw9f #liketkit @liketoknow.it #ltkswim #swimstyle #onepiece

In 2011, Brandi signed a developmental contract with Florida Championship Wrestling. She soon appeared as a ring announcer on Superstars. Her first fight was in July that year, in the FCW Summer SlamaRama battle royal against Sonia, which she lost. After requesting to be let off her WWE contract, by December she was released from the franchise.

By September 2013, Brandi not only made her WWE return, but was flashing a wedding ring! Her Ring of Honor debut was in July 2017, and things have only looked up for her since!

Brandi Rhodes fell in love with Cody Rhodes while they both worked for WWE. It was a match made in the ring and was not something they planned:

“We started dating randomly. I had been there for a minute, and Cody hadn’t really shown much interest in me at all, so it wasn’t something that I had thought about, and then all of a sudden, he became extremely fascinated with me,” she said, “It probably took around a month for me to go out with him, and after that the rest is as they say history because I feel that we ended up spending everyday together after that; everyday that we could. It just naturally happened, and it was one of those things where we were on the road all the time.”

Cody Rhodes is the son of WWE Hall of Famer Dusty Rhodes, who passed away in 2015 due to kidney failure.

Brandi Rhodes will showcase her softer side on the reality show. Will we also see another side to Cody Rhodes? Since we know they are working to keep their four-year marriage fresh, we can only wait and see what they will be like on screen.

Brandi and Cody are the power couple of pro wrestling. ? @thebrandirhodes #WAGSAtlanta