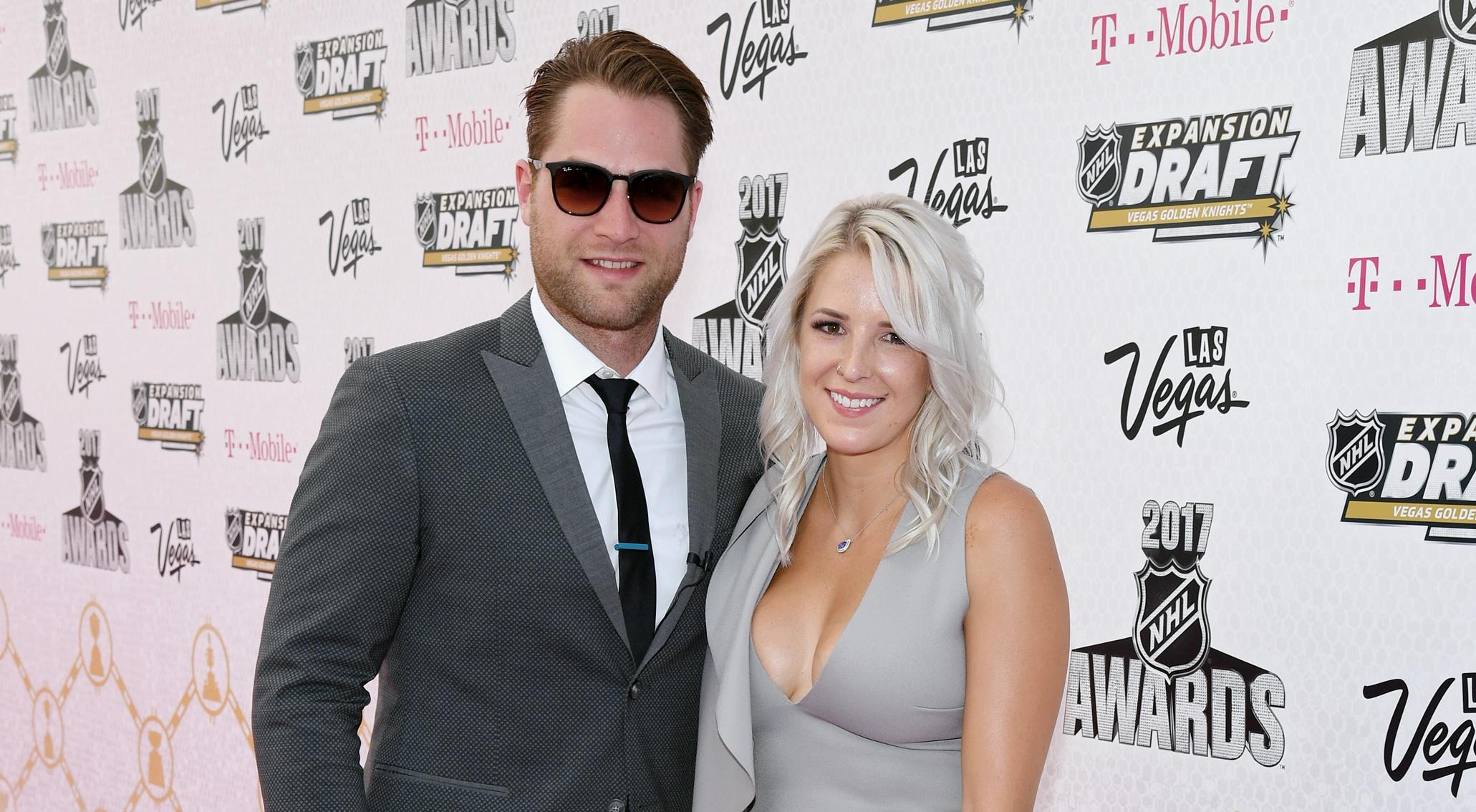 We were first introduced to NHL player Braden Holtby’s wife, Brandi Bodnar, at the NHL Awards 2017. Bodnar stole the spotlight from her husband, prompting the Internet to name them the best couple that night. While the Washington Capitals goaltender is killing it on the ice, we turn the spotlight on his stunning wife with Brandi Bodnar’s wiki.

Braden Holtby and Brandi Bodnar have known each other long before Holtby’s ice hockey career began. She’s Canadian, just like her leading man. And after dating for years, they tied the knot on July 6, 2013.

In 2012, Bodnar gave birth to their son, Benjamin Hunter Holtby, in a rather dramatic fashion. Holtby was busy with the matchup against the New York Rangers when Bodnar, who was in her third trimester took to Twitter.

She tweeted, “I love you babe, but these games are getting too intense for your very preggy fiancee #contractions #preggyproblems.”

Little Benjamin Holtby couldn’t have chosen a better time to arrive in the world. Fortunately, he was born when Holtby had a day off. But he was back on the ice soon after his son was born.

They welcomed a daughter, Belle Scarlett Holtby, in 2014.

Bodnar is a full-time stay-at-home mom while Holtby tries his best balancing his family and professional lives. She keeps a low public profile while caring for her children.

Holtby also makes sure to spend quality time with his wife and kids when he’s not playing hockey.

But Bodnar balances raising her kids with being a hockey player’s wife. She is present at almost every one of her husband’s games.

The Holtby brood currently lives in Washington D.C. on account of Holtby’s work.

During the NHL season, Bodnar and the kids catch up with their friends and children at parks or participate in community activities.

“We’ve met some great families through the preschool program and the kids have a lot of playdates that keep them when I’m on the road with the team,” said Holtby.

A Love for Hockey

Both Holtby and Bodnar are notoriously private and minimally active on social media.

She lays low and lets her husband shine. But she’ll never miss the opportunity to cheer her husband on at his games. And she’s his only date to every red carpet event. (Although she unintentionally steals the spotlight!)

Bodnar loves ice hockey, and it’s not simply because she’s married to one of the best ice hockey netminders in the NHL. A quick look at her Twitter history shows she loves the sport, perhaps even more than her husband.

Most recently, she had her kids dress up in complete Washington Capitals regalia to show their love for the team during the Stanley Cup Finals.

She Has an NHL Pro House Sitter

Nathan Walker was in the early stages of his NHL career when he tore his ACL. When the Caps asked him to rehabilitate in Washington, Walker was in need of a place to stay. But he couldn’t afford the rent for an apartment on his existing salary.

That’s when Holtby and his wife invited the young player into their home. Since then, the Holtby brood has grown attached to Walker.

“He house-sat for us and came back. My son won’t let him leave now. So he’s roped in every year,” Holtby recounted.

Walker even returned to the Holtby residence when he had training camp in the city. He especially adores Braden Holtby and Brandi Bodnar’s kids.

“I like playing with the kids,” Walker gushed. “It’s good fun. They’ve got some pretty good toys that remind me of my childhood.”

And Walker also helped around the house like making tea for Bodnar, cooking up delicious food, and babysitting the kids.

She Wants to Make a Difference

As if they aren’t #CoupleGoals already, Holtby and Bodnar share a passion for standing up for their causes. Bodnar herself has expressed her support for the Human Rights Campaign and its work.

She’s a very vocal supporter of LGBTQ rights. Bodnar has walked in the annual D.C. Pride Parade with her husband for two consecutive years.

Holtby is the ambassador of You Can Play, which aims to remove homophobia from sports.

He said at the 2017 D.C. Pride Parade, “I come from a different place I guess, where it’s not as much of an issue, but it still is. It’s the way our families have always been…my wife’s and mine, and we just support equality and people being able to live their life. Things like this are little ways to (show) that.”

Holtby has been a noticeable presence at the parade with his wife. With the annual Pride Parade on June 9 this year, we look forward to this couple at the event.

Supporting a cause close to you is something Bodnar does actively. She’s a supporter of gun control and has retweeted concerns about the safety of children in light of the recent shootings. For this cause, she has also participated in the March for Our Lives movement in March.

Bodnar even promoted an auction of baskets full of Holtby’s favorite goodies and merchandise to raise money for You Can Play.

Brandi Bodnar is also into animal activism and joined the rest of the Caps to advocate adopting pets.