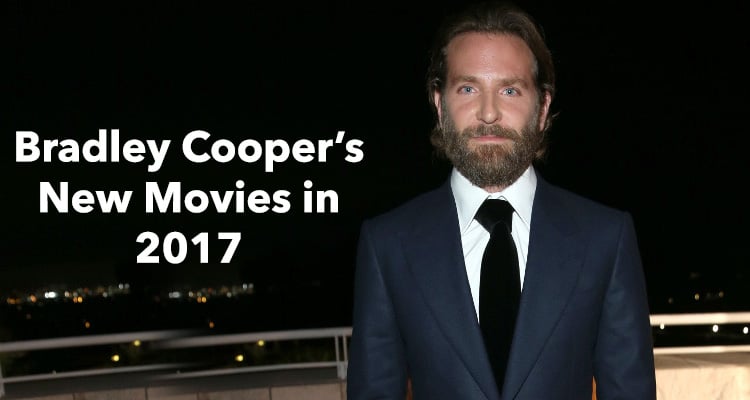 Bradley Cooper has a lot going on in his life right now. With a baby on the way and his career in full bloom, he is one busy guy! But what has he got in store for us this year? We have the details on Bradley Cooper’s new movies in 2017.

Bradley Cooper has given viewers many critically acclaimed performances in his career, with a vast majority being box office hits. He has been nominated for several awards, including four Academy Awards, two British Academy Film Awards, and also two Golden Globe Awards. Apart from his critical praise, Bradley Cooper was named the International Man of the Year in 2011 by GQ, and “Sexiest Man Alive” by People. In 2015, Time magazine named him as one of the “100 Most Influential People in the World.” It comes as no surprise that Bradley Cooper’s net worth is estimated to be $100 million.

Bradley Cooper started his career in 1999 with a guest role on the Sex and the City, and is now one of the best-known actors in Hollywood. He was nominated for an Academy Award for Best Actor in Silver Linings Playbook and American Sniper. He was the 10th actor to get an Academy Award nomination for three consecutive years. Cooper is hoping to carry his box office success into the new year with his upcoming movies releasing in 2017. Here are Bradley Cooper’s upcoming movies in 2017.

Guardians of the Galaxy Vol. 2

The film’s cast includes Zoe Saldana, Vin Diesel, Bradley Cooper, Chris Pratt, Dave Bautista, Karen Gillan, Glenn Close, and Sylvester Stallone. Guardians of the Galaxy Vol. 2 follows the Guardians in their search to save the universe, and find out more about Peter Quill’s (Chris Pratt) father. Bradley Cooper will reprise his role as Rocket Raccoon, and the film will be released on May 5, 2017.

Cooper will also be busy directing his first movie, A Star is Born, co-starring Lady Gaga. The remake of the 1954 musical drama film does not have further details about the cast, but is expected to be released in 2018. He is also currently working on Avengers: Infinity War where he will, once again, voice the character of Rocket Raccoon. Infinity War has a May 2018 release date. 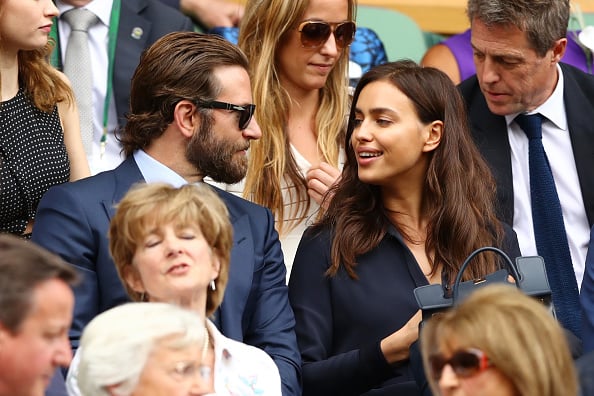 Though 2017 will be a slow working year for Bradley Cooper, he won’t be complaining. Cooper and his girlfriend, Irina Shayk are expecting their first child together this year, so he has a lot to look forward to!