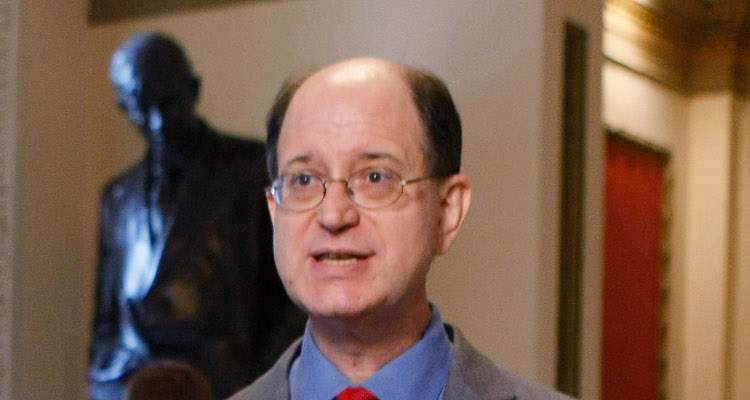 Brad Sherman has been tangling with President Donald Trump ever since the latter was elected to the White House. He introduced articles of impeachment to the House floor, accusing the Trump campaign of collaborating with Russia to influence the 2016 presidential election. Sherman is a Democrat, who took a strong stand on various issues that face the nation.

Congressman Brad Sherman has been on the warpath against President Donald Trump for some time now. He upped the ante in June 2017 by drafting and circulating articles of impeachment against Trump, introducing the measure known as HR 438 on the House floor in July 2017.

Brad Sherman’s impeachment measure accuses Trump of “using his authority to hinder and cause the termination” of an investigation into former national security advisor, Michael Flynn. It also accuses Trump of “threatening and terminating” James Comey, the former FBI director. Although Sherman’s move has not found many takers in the Democratic Party, he is unruffled and determined to move the process forward. Here are a few details from Brad Sherman’s wiki.

Who Is Brad Sherman?

Born on October 24, 1954, in Monterey Park, California, Brad Sherman’s age is 63. He is the son of Lane and Maurice Sherman, both of Russian Jewish descent.

The politician has been a member of the Democratic Party and the United States House of Representatives since 1997. He is currently the representative of California’s 30th congressional district, in the western San Fernando Valley of Los Angeles County.

Sherman attended Mark Keppel High School and Corona del Mar High School before receiving a B.A. in political science from the University of California, Los Angeles, in 1974. He then obtained his J.D. from Harvard Law in 1979.

Unknown to many, he is also a tax law specialist and a Certified Public Accountant. Before joining Congress, Sherman audited large businesses and government bodies, gave tax counsel on multimillion-dollar transactions, and advised small businesses and entrepreneurs on tax and investment issues.

After joining Congress, Sherman took an interest in various issues that were important to the country. He is a member of several committees like the Committee on Financial Services and Committee on Foreign Affairs.

Sherman took a strong stand on issues like the environment, animal rights, fiscal policy, social security and healthcare, housing, civil liberties, religion, the Internet, LGBTQ community, abortion, gun control, and education. He was also strident about opposing Trump on several issues and took on the fight of taking a deep look at the alleged relations of Trump’s 2016 campaign with Russia.

Honored to speak up for science and our environment on #EarthDay at the #MarchForScience. We need scientific facts, not #AlternativeFacts.

Sherman claimed that Russia interfered in the 2016 U.S. presidential election and helped Donald Trump win the Electoral College. This is the main reason why he introduced the articles of impeachment against Trump. He publicly expressed his hope that it would “inspire an intervention” in the White House.

The congressman called his action “the first step on a very long road.” He believes that Republicans will eventually join him if Trump’s alleged “incompetence” continues.

Tackling Matters with a Cool Head

I will be holding a Town Hall meeting from 2 p.m. to 3:30 p.m. on Sunday, April 3rd, at Granada Hills Charter High School located at 10535 Zelzah Ave. We will discuss the Porter Ranch gas leak, the economy, U.S. foreign policy in the Middle East, Social Security and Medicare as well as other issues facing Congress. Most of the meeting will be devoted to responding to questions from Valley residents. My district office staff will also be on hand to help constituents resolve any problems they may have with federal agencies, including the Social Security Administration and the Department of Veterans Affairs. The event, refreshments and parking are free. I hope to see you there. #sanfernandovalley #PorterRanchGasLeak #townhall

Both Sherman and his wife are Jewish and are members of the Valley Beth Shalom, a conservative synagogue in Encino, California. Sherman took an interest in protecting the rights of minorities, especially after the tragic incidents of September 11. 2001.

While there have recently been tensions against immigrants in America, Sherman has been one of the cooler heads in tackling this contentious issue. With loads of experience and tons of idealism, he is working hard to make the United States a better place.