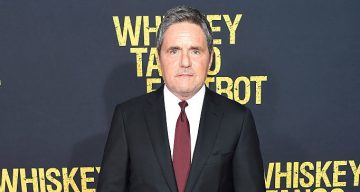 Hollywood says goodbye to another icon. Former paramount Pictures CEO, Brad Grey died on Sunday at age 59. While stars and directors pay tribute to their friend and colleague, many are wondering about Brad Grey’s cause of death. For more information, get all you need to know with our Brad Grey wiki.

Brad Grey’s Cause of Death

According to The Hollywood Reporter and multiple other sources, Grey died of cancer. Brad Grey’s house was in Holmby Hills, where he died surrounded by family. There’s no report on what kind of cancer he was diagnosed with, but the story is still developing. Grey’s illness came as a surprise to the industry, since many were completely unaware of his ailment.

Grey, who was born in The Bronx, has a net worth estimated at $300.0 million, with a salary of $29.0 million annually. He was the CEO of Paramount Pictures for 12 years and retired in February. Brad Grey’s Paramount Pictures reign is known for movies such as Transformers, Shrek, Mission: Impossible and more. Before taking the reins at Paramount, Grey was a former talent manager and a partner at Brillstein-Grey Entertainment, where he represented stars such as Brad Pitt and Adam Sandler, and produced HBO’s The Sopranos. As a successful film producer, his credits include Martin Scorsese’s Oscar-winning film, The Departed and Tim Burton’s Charlie and the Chocolate Factory. In 2005, he was hired by former Viacom CEO, Tom Freston to run Paramount Pictures, replacing Sherry Lansing. Viacom Inc. is also the parent company of Paramount Pictures.

Grey recently made headlines for having to step down from his post as CEO, after losing over $180.0 million in the last quarter. Grey became involved in a controversy that threatened to ruin his time at Paramount. He was named twice in lawsuits by screenwriter Bo Zenga over a claimed promise to produce 2000’s Scary Movie, with Zenga charging that Grey used celebrity detective Anthony Pellicano and wiretapped Zenga during negotiations. Grey had denied the claims and both lawsuits were dismissed.

Before he died, Brad Grey and Cassandra Huysentruyt (now Grey) had one son together: Jules; his three grown children, Sam, Max and Emily from his previous marriage to Jill (nee Gutterson) Grey, his brother Michael Grey, his sister Robin Grey and his mother Barbara Schmusky.

According to Variety, Grey’s family said there will be a small private funeral service later this week. A memorial service will be scheduled in the coming weeks. In lieu of flowers, the family asks that donations be made to the Lawrence J. Ellison Institute for Transformative Medicine of USC.

Brad Grey is remembered by all of Hollywood for his love of movies, leadership and creativity in the business. Our thoughts and prayers are with him and his family at this difficult time.