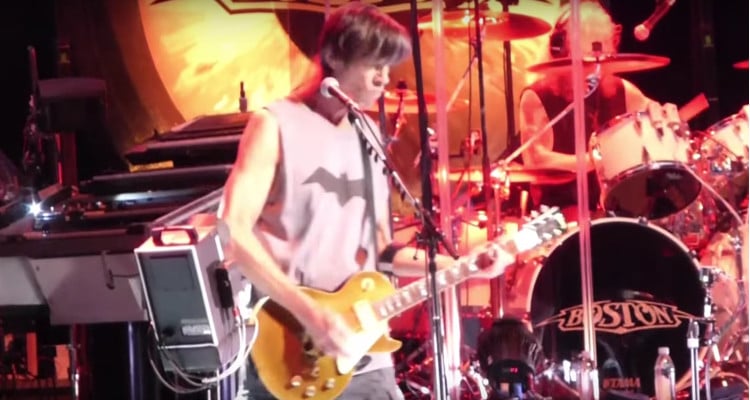 After almost four years of keeping their fans waiting, classic rock band, Boston are finally going on tour! With a new tour coming up, people want to know if they should expect Boston’s new album in 2017.

Boston has only released six studio albums so far, in almost 40 years. But each one of their albums has been worth the wait! Right from their debut self-titled album, Boston (that went on to sell over 17 million copies) to their latest album, Life, Love & Hope, Boston has continued to create music that they —and their fans— love. The band recently announced that they will be going on tour next month, but there has been no word yet on Boston’s upcoming album in 2017. Whether or not fans will be able to hear some of Boston’s new songs live in concert are unknown, but they are still holding on hope that they will finally hear Boston’s new songs in 2017!

The Boston story began over 40 years ago when Tom Scholz met guitarist Barry Goudreau and drummer Jim Masdea, while he was studying at the Massachusetts Institute of Technology (MIT) in Boston. Once vocalist Brad Delp joined them, the band was complete. Boston released their debut album Boston in 1976, which was a monster hit across America. It spawned the hit singles, “More Than A Feeling,” “Long Time,” and “Peace of Mind.” Two years later, they released their sophomore album, Don’t Look Back, which had the hits “A Man I’ll Never Be,” “Don’t Look Back,” and “Feelin’ Satisfied.”

Scholz always fought for the band’s rights to follow its artistic vision, rather than become “mainstream” or change who they are for their record labels. This has led to protracted wrangling between the band and the various labels they were signed with. These issues are one of the main reasons why Boston has taken so much time between album releases. Their fans have had to wait for interminable amounts of time to see Boston’s new albums, but they have never complained.

On March 9, 2007, lead vocalist Brad Delp committed suicide, which almost tore the band apart. Thankfully, the band got back together and brought forth a new vocalist, Tommy DeCarlo, who has toured with them ever since. Now, Boston has announced a new tour, the Boston Hyper Space Tour 2017, which starts on April 14, 2017. Currently, dates have been confirmed until April 26, 2017, with more to be added soon. Boston has revealed that there will be more than 48 concerts for this tour!

Most Boston fans still remember every song the band has released and consider songs like “Peace of Mind,” “Rock and Roll Band,” “Smokin’,” and “Amanda” to be staples of classic rock. Boston’s distinctive instrumentals and high pitch vocals are part of the band’s signature sound, which remains in tact today. As the band gears up to go on tour, fans hope that there will be an announcement of Boston’s new album soon. We can just hope that the band will play some of Boston’s new songs in their 2017 tour!