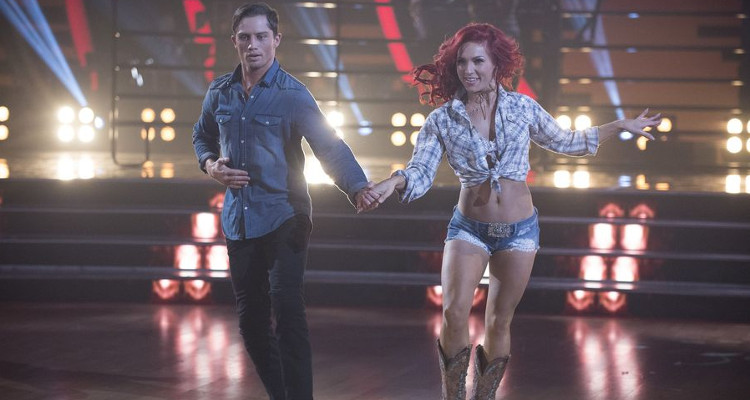 It’s only week one of Dancing with the Stars season 24 and Bonner Bolton has already turned up the heat. His chemistry with Sharna Burgess is the talk of the ballroom!

Season 24 of Dancing with the Stars has a cast of pro-athletes, pop-culture icons, and reality stars. Thrown in this mix is a professional bull-rider with a comeback story like no other and his steamy chemistry with his partner. Bonner Bolton is not your ordinary Texan hunk. He danced up a storm in the season premiere of DWTS season 24 with pro-partner Sharna Burgess. There’s so much to know about this contestant, and you’ll find it all right here in Bonner Bolton’s wiki.

Cowboys aren’t just the stuff of Western movies anymore. We’ve got a real-life cowboy in our midst with 29-year-old Bolton who is a second-generation cowboy from Odessa, Texas. He even has the most cowboy-ish motto ever, “Live it, love it, ride all the rank off of it.” He was raised on a ranch in West Texas where he learned the art of riding angry livestock. His father, Toya Bolton, was a professional bull-rider for 15 years and trained Bonner. The young Bonner watched his father’s old videos and wanted to follow in his footsteps.

“I had a real rural background, and my dad showed me how to fix the fence, put up a new one, shoot my first rifle, hunt deer,” said Bonner about his early life. “In my eyes, [my father] has always been the truest version of a cowboy in the sense of being honest, working hard, always keeping your word, treating women and animals with respect, trying to do the right thing, always. It’s a big pair of boots to fill — even though he’s smaller man than me.”

He’s such a true cowboy; he never parts with his cowboy hat (not that we’re complaining). He even attended Heidi Klum’s annual Halloween bash dressed as a cowboy.

Also Read: Bonner Bolton and Sharna Burgess on “Dancing with the Stars” 2017: 5 Facts to Know

For those of you who didn’t think bull-riding was a serious profession, Bolton will prove otherwise. It’s a seriously dangerous sport and simply being a thrill-seeker isn’t enough. Bolton was trained by his father from a very young age to get as good as he is now. He even went to college on bull-riding scholarships.

By the age of 20, he won his first world title in bull-riding. He’s been a professional bull-rider for 11 years and has a total career earnings of $500,000. Told you he’s good at what he does!

And he’s not just sticking to the bull-riding arena. He moonlights as a stuntman too. Bonner Bolton played Scott Eastwood’s stunt double in the Nicholas Sparks tear-jerking film, The Longest Ride. And he also wants to try the whole “acting thing.” We’ll definitely be in line for his movie premiere!

He Had a Near-Fatal Injury

Once again, mechanical bull-riders who think the sport is about the thrills and not the skills need a fact-check. Even the pros are risking their lives every time they get on an angry bull. Bolton has suffered numerous injuries including dislocating his shoulder and shattering his collar bone. But nothing as severe as almost dying. Only a year ago, Bolton was at Chicago’s Allstate Arena, and his opponent was a bull named Cowboy Up.

Bolton was attempting to dismount but ending up being thrown by the bull, and he landed on his head. He had suffered a broken C-2 vertebrae —a broken neck, in layman’s terms. He was paralyzed from the neck down for hours before he regained sensation. He later underwent spinal fusion surgery and doctors inserted a metal brace in his spine.

The scariest part is that Bolton was conscious during the ordeal. “As soon as I hit the ground I knew what happened. [The fall] didn’t knock me out — I was totally conscious,” he continued. “It was one of the scariest moments of my life. Guys do die in the arena, and it all started flooding in. I [thought] I was about to be one of those guys.”

After weeks of physiotherapy, he was able to take his first steps since the surgery. His story of recovery is an inspiring one that reminds of IndyCar racer, James Hinchcliffe from last season of Dancing with the Stars.

A lot can happen in one year. I am proof that miracles happen. Want to thank the good Lord for every day when I wake up ???☝️ @sharnaburgess pic.twitter.com/jUcj1815lT

Angry bulls don’t get to monopolize this swoon-worthy man. Four months after his accident, Bolton signed with premiere modeling management, IMG Models. You know, the one that has many Victoria’s Secret Angels in its ranks. How did this whole-and-soul cowboy get into modeling, you ask?

He has done campaigns for Saks Fifth Avenue, Br4ss Underwear, and Boot Barn. He also gets to attend some major parties like the Victoria’s Secret Fashion Show after-party and the Vanity Fair Oscars party.

He’s Got a Lot of Hobbies

Bolton’s an enthusiast of one too many activities to spend his free time on. Besides riding bulls and posing shirtless in front of cameras, he’s into fly-fishing and paddle-boarding. He also enjoys the occasional spa-day. What? Even macho bull-riders can get the beauty and relaxation treatment. He’s also into hunting, swimming, snowboarding, Tai Chi, hot yoga, and P90x.

Bolton also loves oysters. He eats a dozen of them before he rides. “They’re light but loaded with protein,” he explained, “[and] they give you that extra drive and grit.” Oh, and also, his best friend is his horse. Can he be more perfect? Yes…he can, actually. He loves his grandma and is very much single. You’re welcome.

Now he’s added dancing to his stellar resumé. No one expected this country hunk to set the ballroom ablaze with his moves. Don’t miss Bonner Bolton and Sharna Burgess on Dancing with the Stars Monday nights at 8:00 p.m. EST only on ABC.