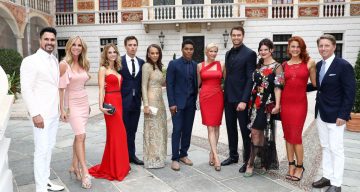 Spoilers for The Bold and the Beautiful

While some have already finished reading every Bold and the Beautiful recap, others want to know what’s next and just can’t wait to see what happens next. Are there any Sheila fans out there? It turns out that she will continue planning in order to get rid of Quinn and gain Eric’s affections, but she has failed miserably every time. And who is she using to help get her way? According to the Christian Post, Sheila will be using the gardener, Mateo, to help build a relationship with Quinn and help get what she wants. It’s also possible that Quinn isn’t unhappy with Mateo’s company either. May the best Forrester win! Who’s side are you on?

It’s true, Steffy is pregnant on The Bold and the Beautiful and Liam will be making a few questionable decisions that might put his relationship with Steffy in danger, which Bill will end up using to his advantage. Liam is going to work hard to help Sally after the fire that Bill caused, literally. This makes Steffy feel neglected and Bill uses this as the perfect opportunity to make Liam suffer to ruin his marriage. Steffy gets closer to Bill, which leads to fans wondering who the father of her baby could be. We can expect a heartbroken Liam if it’s not his but anyone who knows daytime TV, knows that the baby usually ends up being someone else’s, which ends in a deadly fight! The drama never ends!

Which Big Brother cast member is joining the twisted lives of The Bold and the Beautiful? It’s none other than Big Brother 19 winner, Josh Martinez! His former cast member and housemate, Jessica Graf, has already filmed on the show before and according to Entertainment Weekly, his episode will air on Tuesday October 24. There’s not much on his character yet but at least we know he’s no stranger on camera! Can we expect a Big Brother reference or two?

The Bold and the Beautiful airs weekdays at 1:30 p.m. EST, only on CBS so be sure to tune in to catch up on all the juicy drama, and more importantly, discover what drama the producers have in store for fans next!

Will the firestarter get burned by his own son? ?Plus, what Sheila wants, Sheila gets! Tune in this week on #BoldandBeautiful.