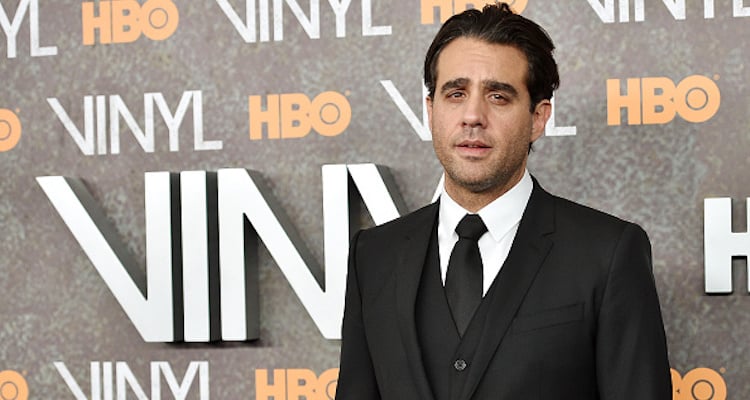 It’s a good year in Rose Byrne’s household. She has a family hit on her hands with Peter Rabbit and she just gave birth to a another healthy baby boy! Not to mention, Rose Byrne’s boyfriend, Bobby Cannavale has been working on some very big projects this year. In this Bobby Cannavale wiki, we’ll explore the life and career of this actor whose name you may not immediately recognize. But the minute you see him, you’ll remember at least one of the half dozen roles he’s played. We’ll look at Cannavale’s beginnings and what he has in store for this year.

Born on May 3, 1970, in New Jersey, Bobby Cannavale’s age is 47. After his parents divorced when he was 13, his mother settled the family in Puerto Rico for two years before moving back to mainland United States.

Despite not being a particularly good student, Cannavale found one aspect of school appealing; acting in school productions. Among the plays that he performed in were The Music Man and Guys and Dolls.

Despite having no professional acting training, Cannavale moved to New York pursue work as an actor. At first, it was just small roles like “Vigoda Assistant #1” in 1996’s Night Falls on Manhattan, and “Amelia’s Boyfriend” in 1999’s The Bone Collector.

In 1999, he joined the cast of NBC’s Third Watch, a show he had a leading role in for two seasons. After that, he began to get steady work in television with regular appearances on shows like Ally McBeal, Will & Grace, and Six Feet Under. Bobby Cannavale’s movie credits began to stack up, too, like the critically acclaimed The Station Agent, Fast Food Nation, and Paul Blart: Mall Cop.

Cannavale also kept acting in various stage productions, and even earned himself a Tony for his work in a 2008 production of Mauritius. But his big public breakout was yet to come.

Cannavale had a steady career in different parts for years but had a break out year in 2012 with the one-two punch of appearing on HBO’s Boardwalk Empire and Showtime’s Nurse Jackie. After that, his roles became a bit more ‘high-profile.’

In 2015, he appeared opposite of Paul Rudd in the Marvel blockbuster, Ant-Man. This was followed by a starring role in his own series, Vinyl, which was produced by Mick Jagger and Martin Scorsese. While Vinyl didn’t fare too well with audiences, it did introduce Scorsese to Cannavale.

Cannavale is currently working on Scorsese’s The Irishman, an ambitious crime film starring Robert De Niro, Al Pacino, Joe Pesci, Ray Romano, and Anna Paquin. The film is the biggest film to date financed by streaming service Netflix, and received a large amount of press due to the casting of De Niro and Pacino.

In 1994, Cannavale married actor/screenwriter, Jenny Lumet. Her father, Sidney Lumet, directed Cannavale in Night Falls on Manhattan. The couple had a son, Jake, who also took up acting. Jake appeared as Cannavale’s son in Nurse Jackie.

Cannavale and Lumet split up in 2003.

Rose Byrne and Bobby Cannavale began dating in 2012. In 2016, they welcomed their first child, a son named Rocco. In November 2017, Rocco was joined by a brother named Rafa.

The acting life also began to pay off for the actor. Currently, Bobby Cannavale’s net worth is an estimated $8.0 million. For not being formally trained, we think it’s safe to say that he has this acting thing down pretty good!