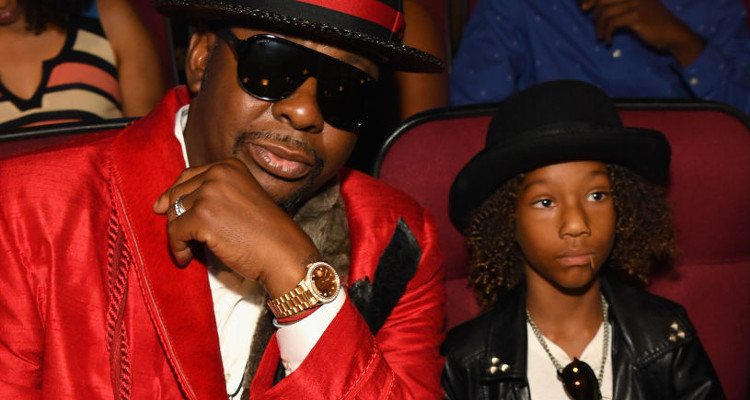 He was born as Robert Barisford Brown on February 5, 1969, in Boston, Massachusetts. Brown’s mother, Carole Elizabeth, was a substitute teacher and his father, Herbert James Brown, was a construction worker. At a very young age, Brown dreamed of becoming a singer. To further pursue his interest and to develop his singing abilities, Brown joined the church choir.

Brown started the music group New Edition when he was just nine years-old. He started the band with his childhood friends Travis Pettus, Michael Bivins, Corey Rackley, and Ricky Bell. They all grew up together in the Orchard Park Projects in Boston. Many original band members left, and new ones joined the band. New Edition has released albums like Candy Girl, All for Love, New Edition, and One Love. Brown is no longer a part of the group.

Subsequently, he started his solo career in the music industry. He released a few albums such as King of Stage, Don’t Be Cruel, Forever, Bobby, and The Masterpiece. Brown is not just famous for being an integral part of New Edition but also because of his marriage to the late artist, Whitney Houston. Continue reading to learn more about Bobby Brown’s children and his wife.

How Many Kids Does Bobby Brown Have?

Brown and his girlfriend, Melika Williams, welcomed their first child, a son, Landon in 1986. After his relationship with Williams ended, he started dating Kim Ward. They knew each other since 1980 and shared a special bond. The pair welcomed their daughter La’Princia in 1989, and their son Bobby Jr. was born in 1992.

Brown and Ward dated each other on and off for many years. Their relationship ended in 1991. At the time of their breakup, Ward was two months pregnant with their second child, and she found out about Brown’s engagement.

Bobby Brown met Whitney Houston for the first time in 1989 at the Soul Train Music Awards. They soon became close friends after Houston invited Brown to her 26th birthday party. Brown was 20 at that time.

As they spent more and more time together, their friendship eventually turned into a relationship in 1991. In 1992, Brown asked Houston’s hand for marriage, and the happy couple walked down the aisle on July 18, 1992, at Houston’s estate.

A year after their marriage, on March 4, 1993, the couple welcomed a daughter, Bobbi Kristina Brown. However, their relationship was filled with constant fighting, drug abuse, and infidelity. Their marriage came to an end in 2006, when Houston filed for separation. Brown and Houston’s divorce was finalized in 2007 with Houston gaining custody of their 14-year-old daughter.

In 2012, Houston was found dead at the Beverly Hilton Hotel. Her death was ruled out to be an accident as she was found submerged in a bathtub filled with water. Her death due to the “effects of atherosclerotic heart disease and cocaine use.”

On July 26, 2015, Brown lost his daughter, Bobbi Kristina Brown. She was found unconscious in her bathtub. Kristina was 22 years-old at the time of her death.

Two years after his marriage ended, Brown and his manager Alicia Etheredge welcomed their son Cassius on May 31, 2009. A year after that, in 2010, Brown and Etheredge got engaged when he proposed to her at the Funk Fest in Jacksonville, Florida. The pair got married in 2012 in Hawaii.