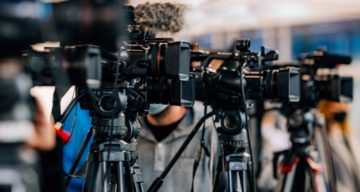 Bob Turk has been the face of weather in Baltimore for half a century. Many never thought there would come a time when they wouldn’t get their timely weather updates from the veteran meteorologist, but it is here. Bob Turk announced he is leaving WJZ-TV after five decades. The news was met with dejected reactions beyond CBS 13 viewers. Baltimore residents are now wondering if the “Sunshine Kid” is retiring or if he is leaving for a different career opportunity. They especially want to know and hope to see Bob Turk on television again. Here’s what the veteran weather anchor said about his departure from WJZ-TV.

Bob Turk graduated from Milford Mill, received a BS in Geography from Towson University in 1969, and an MS from the Indiana University of Pennsylvania in 1970. However, he wouldn’t begin his meteorology career right away.

He briefly taught at Baltimore public schools and was an urban planner with Howard County. He joined the weather team at WJZ CBS 13 in 1973 after answering a job ad in the newspaper and has been responsible for delivering the local forecasts ever since.

After five decades, the “Sunshine Kid” is ready to enter his sunset years. He announced his retirement on air during the September 26 newscast.

CBS 13 will celebrate Turk’s iconic career throughout this week. On Friday, Bob Turk will be in the studio one final time for his last day on air.

During the broadcast, the meteorologist said this job combined his passion for weather and his love for Baltimore. Needless to say, Turk and his wife, Tina, are not going to leave Baltimore.

Also Read: Jodi Long Leaving WHO-13: Where Is the Des Moines Anchor Going?

As for his plans after leaving the green screen behind? The weathercaster has not revealed them yet. Hopefully, he heeds his viewers’ requests and stays connected with them via social media.