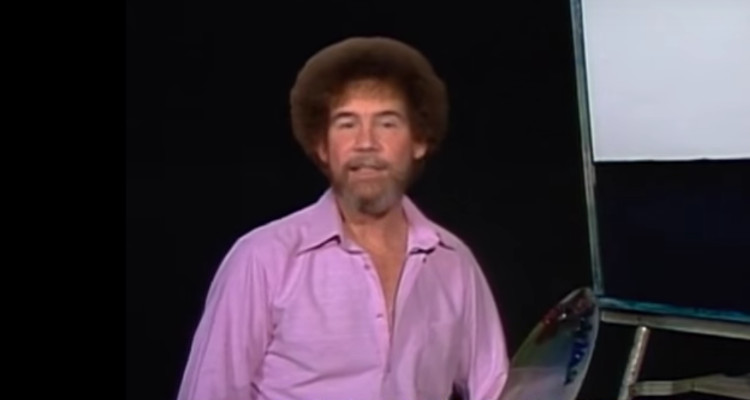 Bob Ross made painting simple for the millions of people who watched his show, The Joys of Painting. His gentle and affable manner continues to inspire budding painters today. Those who grew up with the painting pro have flooded the Internet with Bob Ross memes and we have the best ones right here!

Though Bob Ross passed away over 20 years ago, he is still bringing joy to people’s lives through The Joy of Painting, an instructional television program that aired from 1983 to 1994 on PBS. Ross was known for his soft voice and a permed afro long before his show became popular online through YouTube and other web sites. Today, Bob Ross memes are found all over the Internet.

A Passion for Painting

Ross was born in Daytona Beach, Florida and though he joined the U.S. Air Force as a young man, he always had a passion for painting. While stationed in Alaska, he saw the snow and mountains that became recurring themes in his art. After two decades in the Air Force, Ross quit to start his own TV show, The Joy of Painting, which earned him worldwide recognition. On the show, Ross would break down the painting process into a series of easy steps for people of all skill sets to follow.

The Secret of Happiness

When asked why he was so happy and laid back, Ross replied, “I got a letter from somebody here a while back, and they said, ‘Bob, everything in your world seems to be happy.’ That’s for sure. That’s why I paint. It’s because I can create the kind of world that I want, and I can make this world as happy as I want it. Shoot, if you want bad stuff, watch the news.”

Joys of a Simple Life

Generations of people have grown up watching Bob Ross’ TV show. Though he died at the age of 52, he created wonderful moments that fans will always cherish. The joy of painting is still alive in those who watched his show. We have 10 of the best and funniest Bob Ross memes below.

1) The trees strike back!

6) What the world really needs!