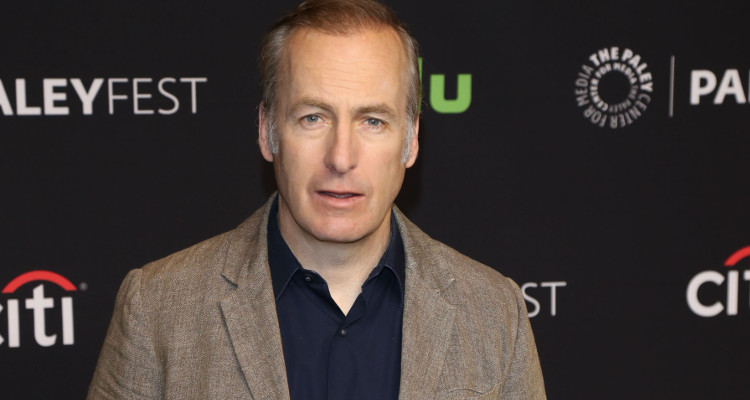 He may not be as famous as Saul Goodman, the shady lawyer who can get anyone out of the gravest of troubles, but Bob Odenkirk made a name for himself as a writer and comedian before he became an actor, director and producer. Saul Goodman has earned Odenkirk an Emmy nomination for Lead Actor, Drama, another of many awards the actor has been nominated for/won. Breaking Bad-ers are more curious now than ever before about the man who brought Saul Goodman to life. So, if you too are curious about Bob Odenkirk and things like his wife and family, his net worth, his career and early life, you’ve come to the right place. We have all you need to know about the Better Call Saul star.

The 53-year-old has expanded his resume in show business during his long career, spanning almost 30 years. He’s used his comedic genius to write for television comedy shows, he’s produced television series, directed films and acted in several roles. It’s no surprise that Bob Odenkirk’s net worth in 2016 was estimated to be $4 million. He claims he’s not multi-talented, however, we know he’s a great artist.

Here’s everything you need to know about Bob Odenkirk.

Robert John “Bob” Odenkirk was one of seven children born to Barbara and Walter Odenkirk in Naperville, Illinois. He is of German and Irish descent.  Bob despised living in Naperville, saying it was a dead-end and wanted to move to a bigger city with more opportunities. He attended high school in Naperville, before pursuing higher education at the University of Milwaukee, then transferred to Southern Illinois University. In his college days, he developed his comedic sketch-writing and performing skills by doing live shows on the colleges’ radio stations. After college, Odenkirk learned the art of writing and improv by working with comedic acting coach, Del Close in Chicago. In Chicago, Bob also met Robert Smigel and the duo’s work led to them being signed for Saturday Night Live. Bob said that his comedic inspirations are Steve Dahl, Steve Martin and Woody Allen.

Bob’s younger brother, Bill Odenkirk is another comedic writer. Their father, who worked in a printing business was a severe alcoholic. His tendencies led to his wife divorcing him and Bob absolutely refraining from alcohol. In an interview, Bob said his father, who died of cancer, was smart and could go a long way but caused his own downfall. In 1997, Bob married Naomi Yomtov and the couple is still going strong after 15 years of marriage. Naomi openly spoke about her crush on Bob in an interview. She had first seen him perform comedy in Uncabaret, a famous comedy club in California. After that she couldn’t get him out of her head. “That’s the man I’m going to marry. It popped into my head just like that.”she said. Upon their first official meeting, Naomi stared at the floor, while Bob spoke to director, Bobcat Goldthwait. Eventually, they got to know each other better and the rest is history. The couple have two children, 17-year-old Nathan and 15-year-old Erin.

Odenkirk worked as a writer alongside Robert Smigel and Conan O’Brien on the popular comedy show, Saturday Night Live from 1987 to 1991. He acted in a few of the show’s sketches and shared the SNL stage with Adam Sandler, David Spade, Chris Rock and Chris Farley. He left SNL to pursue a career as a performer and teamed up with Smigel and O’Brien again for a show in Chicago called Happy Happy Good Show. Odenkirk Credits SNL for his career progress. Not only did he learn a ton about comedy and writing, his working with Ben Stiller on SNL and their subsequent friendship led him being hired as a writer and cast-member on The Ben Stiller Show. He also wrote for his old friend O’Brien on The Late Night with Conan O’Brien. After writing and performing numerous television comedy shows and appearing in popular TV shows like Everybody Loves Raymond, Entourage, Joey, How I Met Your Mother and Arrested Development, Odenkirk joined the hit series Breaking Bad in 2009, as dubious lawyer, Saul Goodman. Odenkirk said in an interview that he took the role because his children persuaded him to do so. So, we owe Nathan and Erin Odenkirk for Saul Goodman. The popularity of Saul’s character led Odenkirk to become a recurring cast member on Breaking Bad, rather than just a guest character. In 2015, Odenkirk reprised his character of Saul Goodman in the Breaking Bad prequel, Better Call Saul.

Odenkirk also did several minor roles in films. After Breaking Bad, he was cast in major roles in films such such as The Giant Mechanical Man, The Spectacular Now, Nebraska and he also voiced characters in animated movies. He has also successfully directed three films, Melvin Goes to Dinner (2003), Let’s Go to Prison (2006) and The Brothers Solomon (2007).