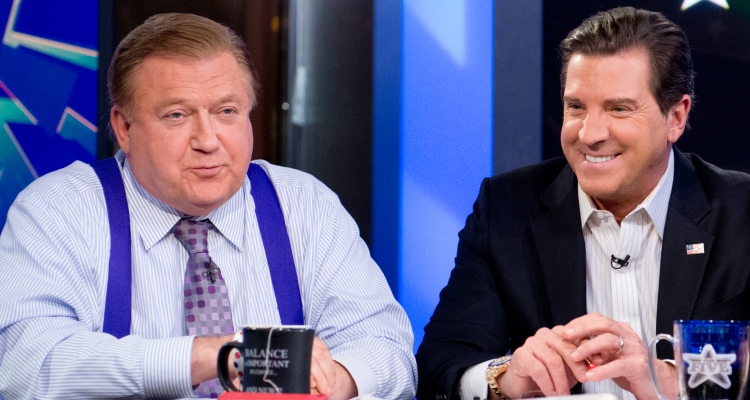 Fox News announced Friday that they’ve fired The Five co-host Bob Beckel of Fox News, due to a remark he made to an employee of color. A network spokesperson made a short statement about the incident saying, “Bob Beckel was terminated today for making an insensitive remark to an African-American employee.” To learn more about this case and for facts about the former television personality, keep reading our Bob Beckel wiki!

It currently remains unclear who would take Beckel’s place on The Five, and Beckel was not immediately available to comment on the incident. Unfortunately, this is not the only case of racial discrimination within and among Fox employees. Douglas Wigdor and Jeanne Christiansen are two lawyers handling a growing lawsuit of racial discrimination by Fox employees. They released a joint statement saying that Beckel told a black IT worker that he would leave the office while the employee fixed his computer, because of the color of his skin. The IT worker filed a complaint, despite Beckel threatening him to change his mind. There are 22 clients on this case and the lawyers have plans to seek justice saying, “We intend on holding 21st Century Fox accountable for these actions and will be filing multiple other complaints in other matters next week.”

Since 1992, Bob Beckel’s wife was Leland Ingham, however the couple divorced in 2002. Bob Beckel’s family also includes his two children with Ingram; Alex and MacKenzie. Beckel and Ingram met at the Columbia Country Club in Chevy Chase, Maryland in 1990. According to Ingham, “I was asked to come play golf with these guys I normally played golf with on Fridays. I showed up and they had invited Bob to play, and I didn’t know who Bob was. I showed up on the first tee of Columbia and put my ball down on the whites, which is the men’s tee, and he said, ‘The ladies’ tee is up there.’ I said, ‘Oh, it’s all right, I’ll just hit from here. No big deal.’ So, I hit the ball probably 230 [yards] right down the middle. He gets up and tops it right down the hill. We played the round of golf and get to the 18th hole. I had clearly beaten him by many, many strokes [32 by Bob’s recollection]. And I picked his ball up out of the hole and threw it at him and said, ‘Next time, maybe you ought to play from the red tees.’” Go girl!

Bob Beckel, born Robert Gilliland Beckel, was born November 15, 1948 in New York City, NY. He is an American political pundit and analyst, and a former political operative. He formerly worked on the Fox News Chanel as an analyst and commentator, as well as a co-host of The Five, up until today (May 19, 2017) when he was fired. His career spanned over government roles, the political arena, and on live television with Fox News, CNN, and USA Today.

Beckel is also an author. He wrote a book called, I Should Be Dead: My Life Surviving Politics, TV, and Addiction, which was a memoir about his life as a political operative and diplomat, and his long struggle with alcohol and drugs. The description reads: “Growing up poor in an abusive home, Bob Beckel learned to be a survivor: to avoid conflict, mask his feelings, and to lie­–all skills that served him well in Washington, where he would become the youngest-ever Deputy Assistant Secretary of State and manage Walter Mondale’s 1984 presidential campaign.” It continues to explain that Beckel was living two lives, and it led him to hit rock bottom. “Written with captivating honesty, Beckel chronicles how his addictions nearly killed him until he found help in an unexpected ally, conservative Cal Thomas, who helped him find faith, get sober, and get his life back on track.”

With a $10.0 million-dollar net worth, Bob Beckel seemed to have it all, but it turns out that even money couldn’t save him from his fiery tongue.