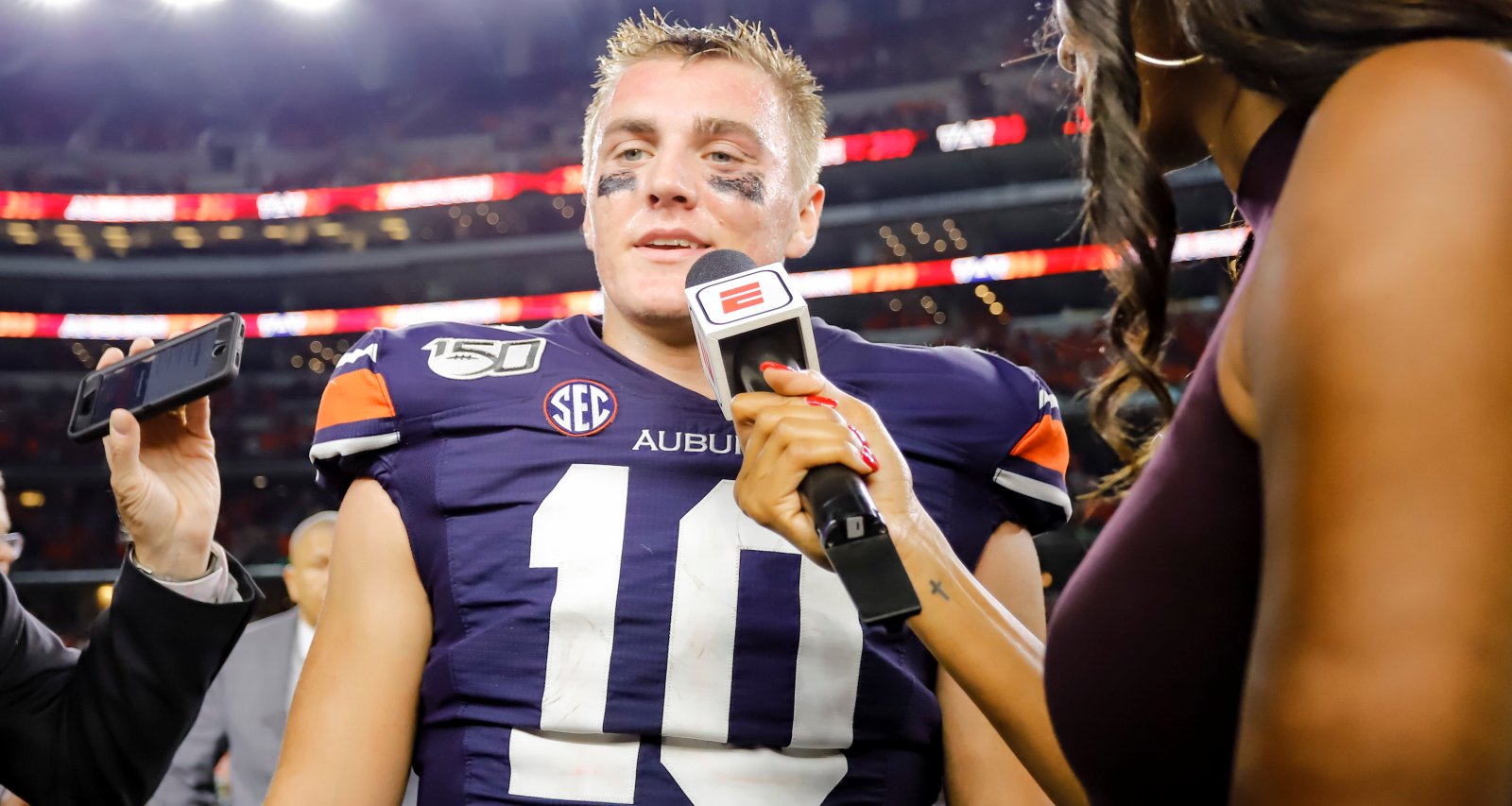 Bo Nix of the Auburn Tigers on August 31, 2019 at AT&T Stadium in Arlington, Texas. (Photo by Matthew Pearce/Icon Sportswire)

Auburn University’s “it couple” is getting all the attention before the Tigers football team starts the 2021 season. Quarterback Bo Nix will play at the Jordan-Hare Stadium an engaged man after the same stadium was the backdrop for his cute proposal. Fans, of course, want to know who Bo Nix’s fiancée is. Tigers Nation might be familiar with Izzy Smoke, Nix’s soon-to-be wife. The adorable couple has been gaining attention on social media, and surely fans will be keeping an eye out for her on game day. Especially with Nix’s recent revelation about proposing. We reveal more about Nix’s relationship with Izzy Smoke right here.

Isabelle “Izzy” Smoke was born on October 18, 1998. She hails from Alabama where her family is based.

Izzy is one of four children born to Sammy Smoke and Dawn Smith Smoke. She grew up in Birmingham alongside her siblings, Luke, Abbie, and Millie Smoke.

Sammy has worked in the property management business for decades. He currently serves as the CFO of Brigham Williams Commercial Properties.

Izzy Smoke attended Evangel Christian High School in Alabama. She was a basketball player on the school team before graduating in 2017.

Like her grandparents, father, and sister, Smoke also attended Auburn University. A dancer and cheerleader, she is a member of the Auburn Tigers cheer team.

Smoke and Nix first began appearing in each other’s social media pages in early 2021. It’s unknown when and how they began dating.

The Auburn Tigers quarterback proposed to Smoke on July 30 at Auburn’s Jordan-Hare Stadium. Now days away from Auburn’s first game in the 2021 season, Nix likened the pre-game jitters to how he felt the day he proposed.

“You know, I woke up kind of like it was game day,” Nix said about proposing to his girlfriend. “Similar feel to it. A lot at stake. A lot of preparation that went into it. But I was more comfortable proposing than probably on game day, because (in a game) there’s so much on the opposing side that can go wrong. A lot of things that they can do. But I was confident in her answer.”