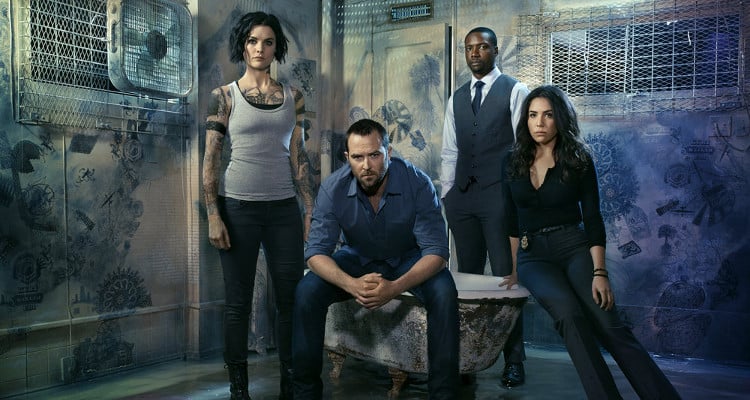 NBC’s crime and mystery drama, Blindspot is back with new stories, new action, new mysteries and new cast members. Season 2, which is premiering on September 14, will unravel more answers to Jane Doe’s mystery, with the help of FBI agent, Kurt Weller. For those who are curious about the new faces joining the cast of Blindspot this season, we have all the details right here.

The biggest revelation in season 2 is going to be the identity of our mysterious lead, Jane Doe, played by Jaimie Alexander. The premise of the series revolves around an unknown woman, with no memories whatsoever. She is found by the FBI and named Jane Doe, the placeholder name for unidentified women. As the FBI investigates, they find that the detailed tattoos on her body hold the clues to her mysterious existence, as well as clues to solving certain crimes.

P.I. Kalinda Sharma in the hit political drama, The Good Wife was certainly a fan favorite. This time we’ll see Archie Panjabi, who brought Sharma to life on the small screen, play a major role in Blindspot. NBC revealed that Panjabi will play Nas Kamal, who works for a secret division of the NSA. Not much is revealed about her character, except that she’s on Jane and Kurt’s side and is helping Kurt figure out the tattooed clues on Jane’s body. She’s the new authority-wielder, since Mayfair died last season.

Another character making his intriguing debut this season is Roman, played by Luke Mitchell, and previously seen on Marvel’s Agents of S.H.I.E.L.D. Roman is a familiar face from Jane’s past. If avid viewers remember, their was a brief appearance in season 1 of a boy with a scar on his face. Roman is sent by Jane’s former shadowy organization and is very protective of her.

Blindspot creator, Martin Gero revealed Michelle Hurd of Law and Order-SVU, will be joining the main cast but remained tight-lipped on details of her character.

At the end of season 1, Jane reverted to having no identity again, when it was revealed that she actually isn’t Taylor Shaw, Kurt’s childhood friend who went missing. Kurt digs up Taylor’s bones after his father confessed about her death to Kurt. Meanwhile Oscar, a professional sniper and Jane’s supposed ex, murders Mayfair, after the Assistant Director of the FBI discovers the conspiracy surrounding Jane. He later captures Jane and tells her he lied about her being Taylor Shaw, and explains the plans of the organization that planted her in the FBI. However, before he could wipe her memories again, she manages to break free and kill him. Agents Patterson, Zapata and Reade discover that Mayfair was murdered and find a flash drive containing information about the dubious Operation Daylight. Jane finds her way to the safe house, but is arrested by Kurt after it is discovered that she was made to look like Taylor Shaw to infiltrate the FBI.