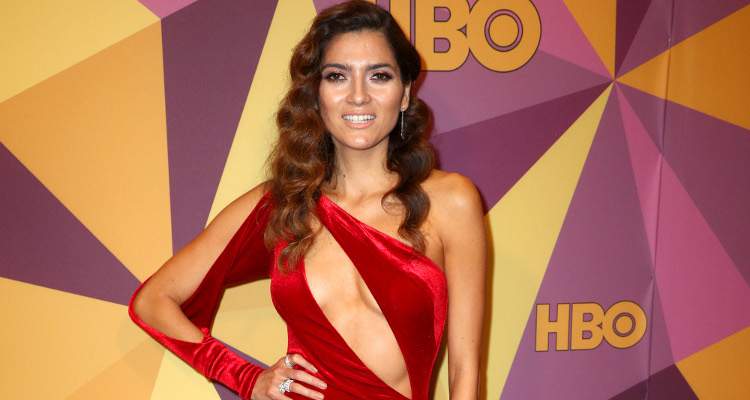 Some felt Blanca Blanco’s Golden Globes outfit shunned the Time’s Up initiative because she wore a red dress to the Golden Globes instead of black. The memo was sent out in support of the movement, and most celebrities who attended the prestigious event showed up wearing black. However, Blanca Blanco decided to be a rebel and she wore a red dress, perhaps to steal the limelight? Keep reading our Blanca Blanco wiki to know more about the actress and why she wore red.

The red outfit that Blanca Blanco wore at the Golden Globes was surely designed to stand out for one reason. Unlike many other celebrities who wore black to support the Time’s Up movement, Blanco graced the red carpet by wearing a crimson gown. However, Blanco explained why she decided to wear red.

Blanco said, “I love red. Wearing red does not mean I am against #timesup movement. I applaud and stand by the courageous actresses that continue to break the circle of abuse through their actions and their style choice. It is one of many factors leading women to a safer place because of their status in the acting world. I am excited about the “Time’s Up” movement because true change is long overdue.”

This is not the first time Blanco is in the limelight because of her attire. She is known for her infamous wardrobe malfunction at last year’s Oscars.

Blanco has worked in a couple of movies, but let’s discuss her early life first.

Born on January 22, 1981, in Watsonville, California, Blanca Blanco’s age is 36. She hails from a hard-working family, and her mind was set on becoming a Hollywood actress from a very young age.

Blanco’s parents were immigrants who took up several jobs to financially support the family. And, at the age of nine, Blanco’s family moved to Chelan, Washington.

To pursue her dreams of making it big in Hollywood, Blanco signed up for acting lessons, singing classes, and even organized theatrical performances. She was so passionate that she would often ask her two brothers and two sisters to re-enact scenes from famous movies.

After graduating from high school, Blanco attended Spokane Falls Community College and earned her Associate in Arts and Science. She then attended Washington State University and graduated with a Bachelor’s degree in psychology. Additionally, Blanco has a Master’s degree in social work from Eastern Washington University.

After completing her education, Blanco moved to Los Angeles to fulfill her dream of becoming an actress.

After her move to Los Angeles, Blanca started working with Gordon Hunt. She even performed with the Gordon Hunt group, where she performed in several stage productions.

Throughout her career, Blanco has worked in movies like Doomed Inheritance, Dark Reel, and Cruzando Barreras. This movie was all about her life as an aspiring actress.

Besides carving a path for herself in the Hollywood industry, Blanco is also passionate about helping others.

Blanco is an active supporter of the Salvation Army, the International AIDS Society, Autism Speaks, and the American Cancer Society.

We have gathered some of Blanca Blanco’s hot pics from her social media. So, feel free to head over to Blanca Blanco’s Instagram account check out more visuals of this beautiful actress! We’ve compiled a few great ones below!

Beautiful in Black and White