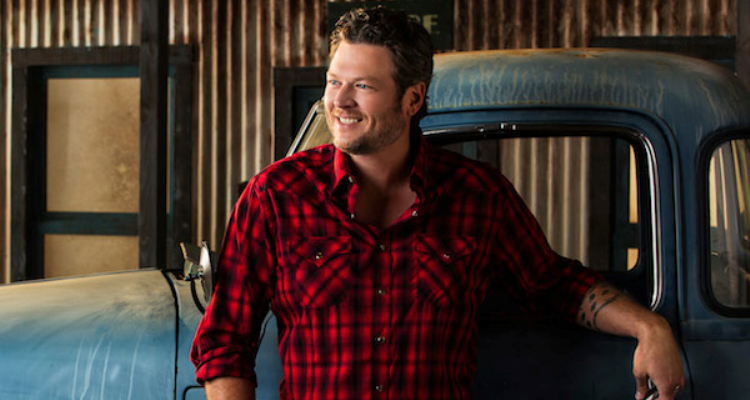 Most of us are used to seeing Blake Shelton in a red chair with his back turned, judging talented singers, but a video of his performance at the 51st Academy of Country Music Awards reminds us why he’s perfect for the job.

The 39-year-old entertainer and voice coach stole the show at this year’s ACM Awards in Las Vegas by surprising singer Luke Bryan on stage, turning a solo into a playful duet. Bryan seemed happy to share the spotlight with  Shelton but the host, Dierks Bentley, didn’t seemed too pleased as cameras panned to his reaction while Shelton stole his moment. (But don’t worry about bad blood with these guys, it was all clearly scripted.)

Shelton and Bryan sang an upbeat medley of Bryan’s “Huntin’, Fishin’ and Lovin’ Every Day,” leaving the crowd jumping out of seats in true country form. (Can we get a yee haw!?)

Immediately after the duet, moods changed quickly as Shelton sang a solo of his new single “Came Here to Forget.”  The song sounded like a clear nod to the moments leading up to his divorce from ex-wife, country singer, Miranda Lambert.

Speaking of awkward encounters, Lambert and her boyfriend Anderson East were also in attendance. A source at Us Weekly said it wasn’t easy for the exes to avoid each other. Especially when you take into account that Lambert’s ex-husband just poured out his heart to millions about their failed four-year marriage. (Talk about uncomfortable!)

Something tells us Shelton isn’t so broken up about it since he’s now tied to singer Gwen Stefani and the two are engaged. Looks like Shelton got back on the horse just fine if you asked us.

Check out Blake Shelton’s ACM Awards (2016) performance video below and let us know what you think of it!