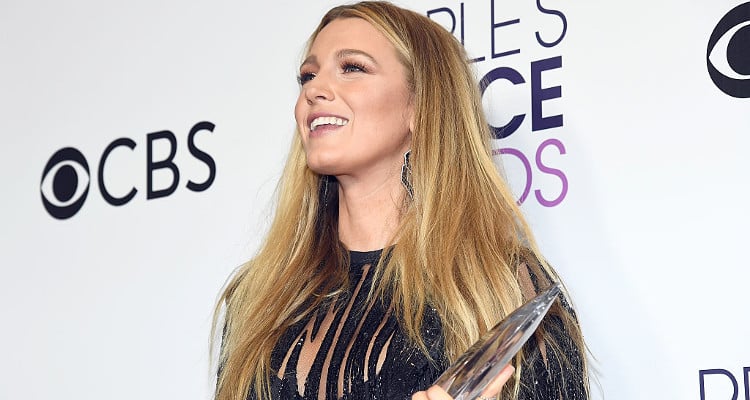 Blake Lively’s husband, Ryan Reynolds recently spilled the beans about their private life and how they manage to keep it under wraps. And while in Deadpool, Reynolds plays a badass, foul-mouthed hero, in real life, he is in fact a simple man. Father to daughter James, Reynolds said, “I think it’s always a fine line. I’ve never been the guy stumbling out of bars at three in the morning.”

While the actor is speaking about their private life, his wife is busy promoting Instagram as the ultimate art hub! The 28-year-old posted a video to Instagram that featured a moving piece of art by artist Ashley Longshore. The short snippet showed supermodel Kate Moss’ face moving and looking in different directions.

Lively captioned this, “It’s a bird, it’s a plane, it’s @mariotestino’s Kate Moss …as a nun …and it’s alive. @ashleylongshoreart you’ve really done it this time [sic].” Fans were confused as to what it exactly was, as they left comments such as, “Blake, the nun is really a creep,” and, “Literally made me jump! Was not expecting it to move.. Creepy [sic].” Another even wrote, “I’m gonna have nightmares.”

It seems that Lively has been a fan of Longshore’s work for quite a while now. The latter also posted an image to her Instagram account in which she was seen hugging Lively. In the background, other artworks could be seen. Longshore captioned it, “@blakelively thank you for always being so supportive of my work for so many years!!!!! You are a bad bitch!!!!! [sic].”