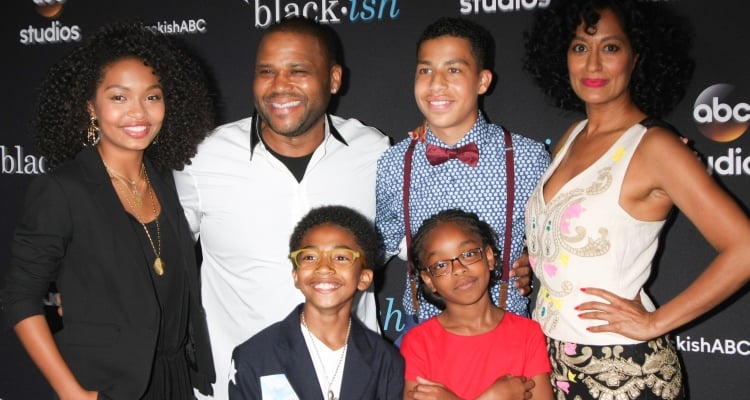 Tonight’s the night that fans who love the cast of Blackish get to see their favourite stars in Blackish season 3! The show’s season 3 premiere kicks of tonight, September 21 on ABC at 9:30 p.m. ET so get ready for more fun from the Blackish cast you love! For more information on the show and facts about the cast, keep on reading!

What is the Show About?

The sitcom, which debuted on ABC, follows the lives of an upper-middle-class African-American family and it premiered September 24, 2014. The second season premiered on September 23, 2015 and now it is ready to air its third! Since the very beginning, the show was met with critical acclaim and received many nominations and awards including an Emmy for “Outstanding Comedy Series” and a TCA Award for “Outstanding Achievement in Comedy.”

I want to say thank you to @johnvarvatos for dressing me for the #Emmys last night. pic.twitter.com/em9rtzT4Lq

Fans of the show are excited for the new season, but by the looks of it, the cast might be even more thrilled! On the show’s Instagram (@blackishabc), Yara Shahidi (very excitedly) announces the return of the show. Be sure to tune in every week so you don’t miss any of the Blackish 2016 family fun!

Shout-out from @YaraShahidi letting you know #blackish is back TOMORROW for our season 3 premiere!

If you think you’ve been happy before, wait until you see Anthony Anderson’s face when co-announcer Lauren Graham announced him as the first nominee for “Outstanding Lead Actor in a Comedy Series” for his role in Blackish! He screamed “WHOA” when he heard his name and said, “Hi mama! I know you’re watching! Hi mama!” like a giddy little kid! Comedy comes totally naturally for him, as he joked, “Thank you, you don’t even have to name nobody else, just go with your next category.”

For more information on the season 3 premiere, click here!

Fans absolutely loved the season 3 premiere’s poster! The Johnsons are all dressed to the nines in black outfits with pops of purple, green, yellow, blue and orange. The family looks absolutely magical and it’s the perfect foreshadowing to the magical adventures they’re about to embark on! In the season 3 premiere, the family heads to Disney World. With a tour guide hired on to make the vacation as magical as possible, who knows what kinds of excitement and predicaments the Johnsons will experience!