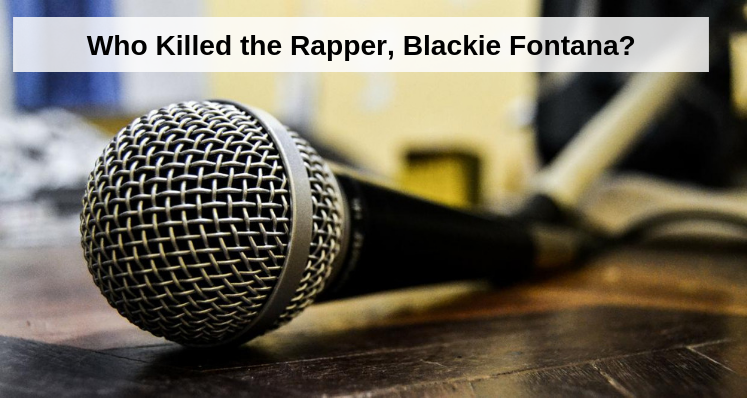 Blackie Fontana isn’t a highly recognized name in the world of hip-hop, but he was an up and coming rapper in the California independent scene. He had released two albums and had started to develop a following. Unfortunately, that career has been snuffed out much like many of other hip-hop heroes in the past.

Keep reading to know all about what happened to Blackie Fontana.

Who Was Blackie Fontana?

Blackie Fontana was born as Roberto Diaz. While his rap career was based in the Los Angeles area and he was fairly new to the scene, Blackie Fontana had released two albums in the last two years—Hoodlum (2016) and Real One (2017). Blackie Fontana’s songs are based around growing up in the neighborhood.

Posted by BlackieFontana on Friday, September 1, 2017

While Blackie Fontana had a bit of a “gangsta” attitude, he would also joke, laugh, and occasionally poke fun at himself on his Facebook page.

This is how close I got to this guy, I worked his tour bus because he sent his female artist to try to work me like they…

Posted by BlackieFontana on Thursday, August 31, 2017

What Happened to Blackie Fontana?

The details are sketchy, and the investigation is still ongoing. So many at this point are still wondering, did Blackie Fontana die?

Well, here’s what we know so far.

According to the police, at 8:00 p.m. on Saturday, October 21, a fatal shooting was reported. There was a small gathering of people at a residential cul-de-sac in the 18800 block of Elizondo Street. This area is an unincorporated county area between West Covina and Industry.

Upon arriving at the scene, Industry Station deputies discovered two victims, both of which ended up dying at the scene. Blackie Fontana was identified at the scene and pronounced dead in the driveway. He was 32 years old.

So, why was Blackie Fontana killed? Well, it wouldn’t be the first time that rappers had a beef with one another that ended in gun violence. The truth is, the police are considering all the angles.

Posted by BlackieFontana on Thursday, March 30, 2017

Was this about Blackie Fontana or Romero? Did it have anything to do with why there was a small gathering in that neighborhood or were they just a bunch of friends meeting up?

These are the questions that are arising, but police are still trying to assemble all the clues and details from that night. And real police work isn’t like TV, as it can sometimes take time. And unless someone comes forward with more information or a confession, this case might take a while to solve, or it might even go cold.

Maybe You Can Help!

If you know anything about the crime or think you may know something about Blackie Fontana’s murder, you can contact the Sheriff’s Homicide Bureau at 323-890-5500. Or, if you would prefer to do so anonymously, you can leave a tip with the L.A. Regional Crime Stoppers by calling 1-800-222-8477.

If you would like to help Blackie Fontana’s family with funeral costs and other financial needs, there has been a “Go Fund Me” page set up in his name.