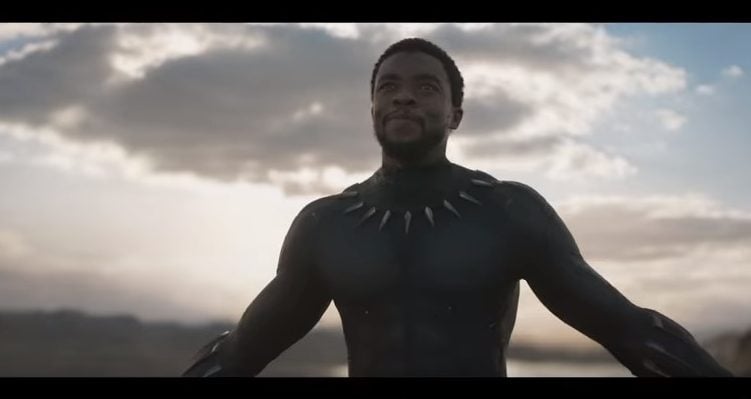 For many Marvel fans, it feels like it was just yesterday that we saw Black Panther make his debut in Captain America: Civil War. Now, the King of Wakanda is getting his own stand-alone movie and fans only have to wait a few more weeks until the Black Panther premiere! If you don’t mind getting a little sneak peek, then our Black Panther spoilers are just what you need.

Black Panther is 2018’s first Marvel movie. And judging by the trailer, the film is going to meet, if not surpass, box office predictions.

Marvel’s Black Panther is considered a movie that many need to see. It has a predominantly black cast, and it’s set in a fictional part of Africa.

For some, the diversity means everything but Black Panther goes beyond just race. It has the key elements that no Marvel movie can live without. Wakanda may seem like a third-world country, but deep below the surface, it’s an advanced, technological empire.

As fans already know, T’Challa (Chadwick Boseman) returns home as the new King of Wakanda, since his father was killed in Captain America: Civil War. But a rival named Erik Killmonger (Michael B. Jordan) wants the throne for himself.

While everyone loves seeing T’Challa protect Wakanda as Black Panther, he also has a job to protect it as King. Throughout the film, you will see him try to balance being head of state vs. being a superhero and trying to walk in his late father’s footsteps.

Boseman added, “There’s unrest in Wakanda. So what he’s dealing with his being the king, making the transition to filling the footsteps of his father. So it’s probably going to feel like it’s more about the political unrest than the superhero, initially.”

While fans are going to see more of T’Challa’s personality as a brother, son, and king, they’re also going to see an epic battle between T’Challa’s Black Panther and Killmonger!

Killmonger wears a “Golden Jaguar” suit, similar to Black Panther’s vibranium-laced armor. It’s suspected that T’Challa’s sister, Shuri, crafted the suit but never intended it to be used against her brother. And audiences will see how intelligent Shuri is and how creative she has been with vibranium.

The movie has action scenes all over the place and fans can’t wait for the fight sequences. But what fans will want to focus on is Killmonger’s interactions with T’Challa and how the one-armed villain, Klaw, fits into everything.

You may remember CIA Agent Everett Ross (Martin Freeman) from Captain America: Civil War. He told T’Challa he was free to go after chasing down Bucky, but he also has an important role to play in this film.

Ross is seen in the trailer questioning Klaw in an interrogation room about Wakanda (with T’Challa behind the glass window). But he will actually make a trip to Wakanda, as well!

“I think there’s enough ambiguity there for him to be either and both,” Freeman told Collider when asked if his character was a threat or an ally. “I think the position that he’s in, like, he works for the CIA, he works for the world’s only superpower, so like, an undiscovered African country that has all these goodies in it could easily be, ‘Oh good, that’s payday.’ Or that could be something that he wants to respect, I guess.”

Freeman added, “I think, in the field, even though he’s not an all action guy. I think, he’s essentially a decent person who is wanting to save lives where possible, even though that doesn’t take up 100% of his day. Most of his stuff, I think is diplomacy, really.”

And another cameo you should know to keep your eye out for is Stan Lee’s! As always, he will make a minor appearance in the film, so be sure to keep your eyes peeled for the Marvel mogul!

Repost via @therealstanlee: In 1966 we brought Black Panther to the pages of @Marvel … So happy that this talented young man is now bringing him to life on the silver screen! @chadwickboseman – you have my respect! #handsofrespect #blackpanther