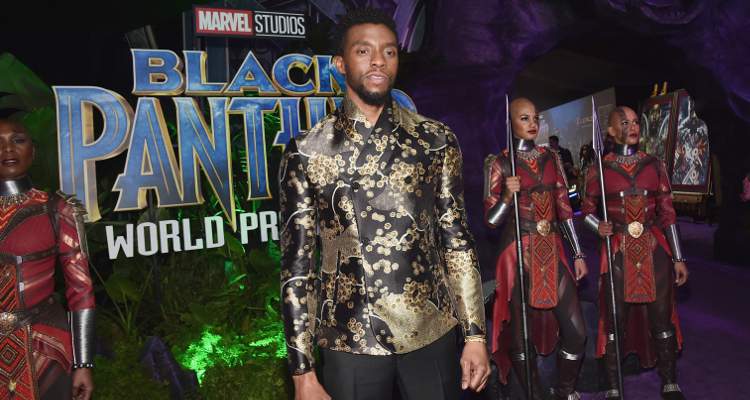 Black Panther has been generating a buzz ever since that Captain America: Civil War post-credits scene guaranteed a solo movie for the King! Days before the movie hits theaters, fans are drunk on Black Panther Easter eggs. We’ve got the scoop on them here!

The King is here …almost. Before Black Panther releases in theaters, a few lucky fans got a taste of the most anticipated Marvel movie at its world premiere. Now, the Internet is abuzz with spoilers, reviews, and Easter eggs. If you can’t wait till February 16, we’ve got some Black Panther tidbits to anticipate. It gets a little spoiler-y from here on out. So, be warned!

Stan Lee Will Be There

That’s not really a spoiler considering Stan Lee’s cameos in the Marvel Cinematic Universe are a staple. Everyone looks forward to Stan Lee’s appearances in his movies, so we’d be surprised if there wasn’t one.

The Marvel mogul even seemed to joke around that he is not very pleased with his cameo. The 95-year-old quipped that he wanted an “all-out brawl with Black Panther,” which he didn’t get.

“I’m a little disappointed in my Black Panther cameo,” said Lee. “I had wanted a great fight scene where I fight the Black Panther to a standstill. I didn’t get that, but I want you to see the movie anyway. Even though it’s not my greatest cameo, you owe it to me to see it.”

It was apparently during a comic con panel event that Lee made the remark, and we can only assume he was kidding around! (Though some actually thought he was serious!)

Also Watch: “Black Panther” Red Carpet Photos: Who Showed up at the Premiere?

If you missed this adorable Easter egg in the trailer, you need to rewatch The Lion King ASAP! Dedicated fans of the Disney classic unearthed the direct homage to The Lion King in Black Panther’s trailer.

The scene in question shows T’Challa (Chadwick Boseman) in a setting that takes us back to Mufasa’s iconic line to Simba, “Remember who you are.” The chills! That’s not even the start of it!

Fans have pointed out several parallels between T’Challa and Simba. So, keep an eye out for it when you watch the movie!

"Remember who you are." The Black Panther and Lion King parallel. Wow. #BlackPanther pic.twitter.com/Zn3VPa2YS6

An interview with Forest Whitaker revealed some interesting spoilers about the movie. Whitaker players an elder official in Wakanda, the country from which Black Panther hails.

Judging from the casino fight clip released not long ago, we can expect an ode to 007! What we’re still wrapping our heads around is a purported scene in outer space. Unless Whitaker just conned us.

But some avid Marvel geeks believe this could be a nod to the original Black Panther comic books! In the comic, the futuristic empire of Wakanda sets about colonizing space.

If Whitaker is to be believed, the outer space setting could connect to Infinity War or Thanos. And we do know that one of the infinity stones is tucked away in Wakanda! The upcoming Avengers movie boasts almost 40 heroes, making it the studio’s biggest project yet. We could be introduced to a new hero or two in the post-credit scene. Fingers crossed!

Get psyched for Black Panther when it hits theaters February 16. We know we certainly are!